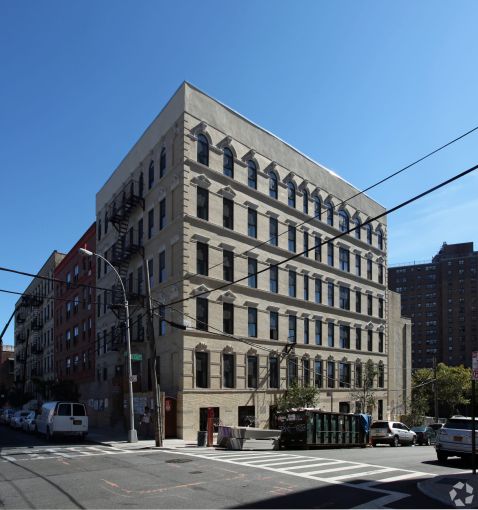 Affordable housing developers Camber Property Group and the Settlement Housing Fund (SHF) have teamed up to buy a 92-unit apartment portfolio in the Bronx for $29.5 million, property records show.

The developers bought the Brookhaven Apartments in the Mott Haven section of the borough from Omni New York in a deal that closed last month but was made public Wednesday. Brookhaven Apartments has 95 affordable units under the Section 8 program along with two ground-level, retail spots spread across four buildings on Brown Place, East 137th Street and Brook Avenue.

Camber and SHF plan to extend the affordability of the apartment complex and start a capital improvement project for the property, according to Camber. Plans call to replace kitchen and bathroom fixtures in tenants’ apartments, upgrade the common areas, and increase efficiency in its water and energy consumption.

“New York’s recovery from the COVID-19 pandemic will require a renewed commitment to creating and protecting affordable homes across the region,” Rick Gropper, principal at Camber, said in a statement. “Our investment at the Brookhaven Apartments, and the volume of transactions completed this year alone, exemplifies our dedication to this goal and to the city as a whole.”

Camber has closed on $250 million in new deals since the start of the year — totaling nearly 900 affordable apartments — and, this month, closed on a $23.75 million purchase of a 191-unit portfolio also in Mott Haven, PincusCo Media reported.

Omni New York — co-founded by former professional baseball player Maurice “Mo” Vaughn — bought the Brookhaven Apartments in 2005 for $7.5 million and completed a $2.1 million rehabilitation of the property that same year, according to property records and the developer’s website.

Camber and SHF financed the purchase of the Brookhaven Apartments with a $23.1 million loan from Merchants Capital, property records show.

Representatives from Merchants Capital and Omni New York did not immediately respond to requests for comment.