Mo Vaughn’s Omni New York is Betting on the Bronx 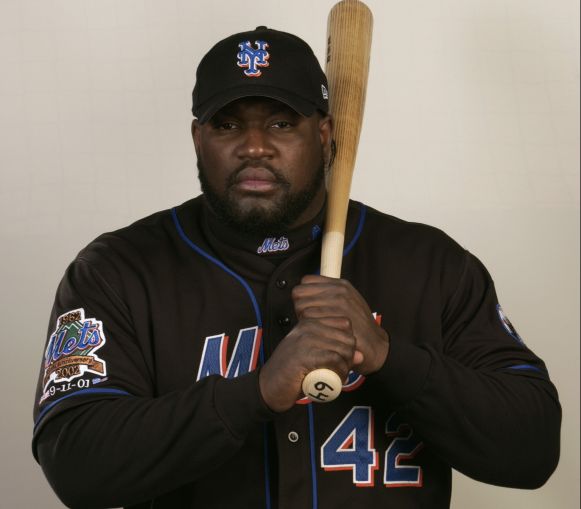 He may have once been known to swing for the fences and run the bases as a Major League Baseball player, but nowadays Maurice “Mo” Vaughn swings past his properties to check on the projects developed by his 500-employee real estate company.

Mr. Vaughn’s firm, Omni New York, has nearly 12,000 housing units in various states around the country, about half of which are in New York City. And of the properties in New York, more than 4,250 units are in the Bronx.

It’s sort of ironic, since the Bronx is synonymous with the New York Yankees, which Mr. Vaughn twice called his rival when he began his career in 1991 with the Boston Red Sox and when he ended it with the New York Mets in 2003. But today there is no animosity.

“The baseball relationship is something totally different,” Mr. Vaughn, 47, told Commercial Observer during an interview by phone. “People know us in the boroughs that we are in because we provide a solid service.”

At the age of 34, Mr. Vaughn—who won the Most Valuable Player award in the American League in 1995 and signed a gargantuan $80 million, six-year contract with the Angels in 1999—retired from the game he loved. Injuries caught up to the slugger and his first life, which was dedicated to sports since he could walk as a child, ended.

For a while he dabbled with nightclubs and bars, but after those investments failed he moved on to affordable housing. Eleven years ago he partnered with his former lawyer, Eugene Schneur, and founded Omni New York, a firm dedicated to buying, revitalizing and managing affordable housing developments.

Together, Messrs. Schneur and Vaughn bought the massive, two-building, crime-plagued River Park Towers in the Bronx for $137 million in 2012 and are coming off a renovation of the property that nearly cost the same as the sale price.

Mr. Schneur joined Mr. Vaughn for the interview to talk about how their relationship started, their rise to success, the lack of affordable housing in the city and the transformation of the Bronx. But first, how it all started for the man called Mo:

Commercial Observer: Tell us about where you grew up?

Mr. Vaughn: I was born in Norwalk, Conn., which is in Fairfield County. I would say we had a middle-class lifestyle. Both my parents were teachers. My oldest sister was a teacher. We had some [family] structure. I thought it was a solid childhood for myself.

What do you remember most about growing up there?

My dad was a high school football coach. Having both parents in the Norwalk high school system, it just seemed like everybody was watching me for whatever I did. I had my family name out there [in the school] so I really couldn’t get into too much trouble and it was like somebody was always watching, but I just remember playing fall football, winter basketball and summer baseball. That’s what I did as a kid. It was pretty good.

So starting at a young age it was all about sports?

One hundred percent. I think my dad, he being a coach, just put me in those things. I like sports. One thing I could say about my parents is they were always at every game. Even when I got to the big leagues, they didn’t miss games. So they were always around. I was lucky to have them in my life. My parents live in a suburb of Richmond, Va. Both are still living and very much a part of my life.

Where do you live now?

I live in Gates Mills, Ohio. It’s a long story how I got there, but that’s where my base is. I’m in Florida, too.

Well, I met a girl when I was playing ball when I was with Boston in Cleveland. So I am back in that area.

You have two kids [a 10-year old daughter and 3-year old son]. Are they active in sports?

My daughter hits the tennis ball around a little bit, and my son is just starting out.

Do you think your son can become a famous ballplayer like you?

I don’t know. I hope he becomes better than me. But he’s got what you call that fire that you need to be successful. What I’m saying is he likes to compete. We’ll see how far he goes.

Did you have any interest in real estate as a youngster?

No, I didn’t. I got my influence from [Omni Co-Founder] Gene [Schneur]. Basically, Gene was my attorney. We met through a contact and I was doing some other club stuff, club deals and he always used to tell me, “You got to get into something that’s real.”

Why did you start with bars and clubs?

I think it’s all about what you’re around. It’s the old adage, “If you want to be smarter, you have to get around smart people.” And I was very fortunate after a life of baseball to get with Gene. He’s one of the smartest guys that I know. We’ve been together since 2003—we did our first couple of buildings in 2004. So, since that time I think I have been able to absorb a lot of his knowledge to get me to this point.

Gene, when you started working with Mo, were you just his lawyer from the baseball side or his investments in general?

Mr. Schneur: I was not involved in the baseball side at all. When I met Mo, he became a client at the firm that I was working at [Olshan Grundman Frome Rosenzweig & Wolosky], and it was all business-related deals—investments that Mo was making.

So how did you guys get started together?

Mr. Schneur: We started this company together 11 years ago for the purpose of buying and rehabilitating affordable housing. This is what we do.

Mo, when you were playing ball did you have a backup plan?

I knew that baseball wasn’t going to be the only thing that I was going to be doing. My father got his doctorate degree and was educated. And we all were told that there’s going to be a second life. I retired when I was 34 years old, which is very young. I have lots and lots of years to live and I still have to make money. Did I know I was going to get into the affordable housing business to this level? No. Did I know I needed to be doing something? Yes.

Why has Omni grown so quickly in such a short period of time?

Because we went out and did the type of affordable housing that everybody else, not necessarily didn’t want to do, but it was some tough stuff. We rehabbed some of the toughest projects in the city of New York—in Brooklyn, Queens, all over the place. So we gained a niche of taking on some of the tougher tasks and I think we got rewarded for it in the long run, because I think agencies knew that we were willing to go out and work hard and provide a good quality life.

What do you think about when you meet the residents in your developments?

I think, I can probably speak for Gene a little bit, we gain a little bit of humility every day by doing affordable housing and realizing how lucky we are to be able to be in the positions that we are.

Now that you have been doing it so well for 11 years, would Omni consider doing something other than residential?

Mr. Schneur: In the future, we could do some mixed-income housing. But again it would probably be in the neighborhoods that we work today in. That’s our niche and that’s what we do. The focus here will be affordable housing.

Who was the originator of the idea to focus exclusively on affordable housing?

Mo was the originator of the idea. He had met some people that were doing affordable in the Midwest and he called me and basically convinced me to leave the law firm and partner up. Here we are 11 years later.

Why do you guys own so much property in the Bronx?

It just happens to have a large concentration of the type of housing that we acquire and rehab.

What are some of the neighborhoods that appeal to you in the Bronx?

Mr. Vaughn: To go shopping, you hit Fordham Road. You want to eat Italian? You go to Little Italy. Arthur Avenue is outstanding.

So you own a lot of property now in the Southeast. Why?

Mr. Schneur: It’s just expanding our footprint. We have done four deals in Massachusetts previously, we had done a deal in Wyoming, which was kind of a one-off. And there was an opportunity to purchase a portfolio of affordable housing covering Florida, Georgia, North and South Carolina and Virginia.

What are your thoughts about the affordability crisis in New York City right now?

Mr. Vaughn: It’s an expensive place, there is no doubt about it. How I feel about it really doesn’t matter, I’m not in that sector. I’m in the sector of affordable [housing]. We know that the agencies, mayor’s office, governor’s [office], they want the affordable housing done and we keep our eye on the ball with that.

Mayor Bill de Blasio is trying to get affordable housing done. Do you see his plan as feasible or too ambitious?

Mr. Schneur: It’s definitely ambitious, but you have to be ambitious. As you said, there is a huge affordability crisis here in New York. It’s an expensive place to live. The mayor is trying to do something very worthwhile. You have to think big and you have to plan big and hopefully with the mayor’s plan and affordable housing developers working together, we will get there.

How did the deal for the massive 1,654-unit River Park Towers happen?

It was a complex that we had looked at for a while in the sense that it was distressed. It was in bad condition and it definitely needed revitalization. It historically had certain quality of life issues there. For us, it fit the criteria of the type of properties that we purchase and rehab and turn around. This was obviously on a huge scale because it’s 1,654 units. We were able to work together with the state—that’s a state Mitchell-Lama building—and a number of financial institutions. We worked with three banks on that deal, because it was such a large deal. It underwent—which we just finished at the end of July—a $110 million rehabilitation. It fit exactly what we do, except it was much larger than your usual building. We are very happy with the way the rehab has turned out and we think it’s an improved community and an improved building.

Mo, what do you think about the lack of many big minority, black or Latino, landlords in real estate in the city?

Mr. Vaughn: I just think that people have got to decide, whether you’re minority or not, what you want to do. I don’t think that it’s something that people go out and say, “Hey, why aren’t there more minority owners?” It’s the business that you get in. I think one of the most important things is you got to really produce in this business and it’s not an easy business. It’s not glitz and glamour. It’s real work.

Are you busier now than when you played baseball?

Yes, I am busier now than ever. There is no off-season in the business world.