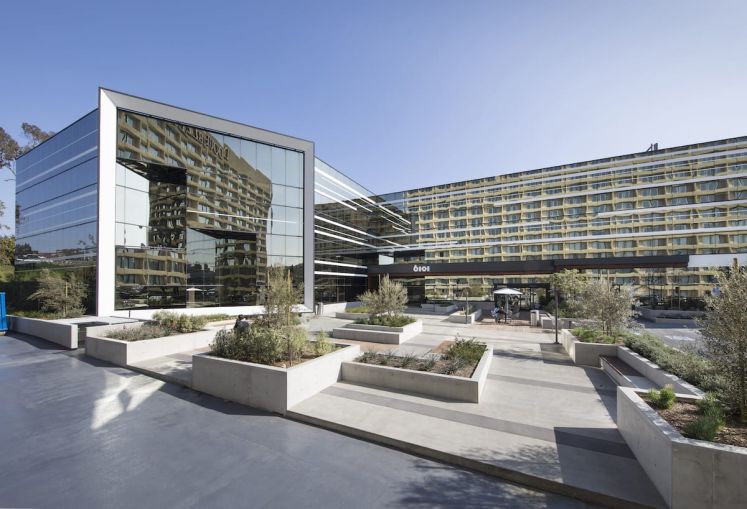 CBRE announced the loan and helped arrange the financing, but only identified Watt Investment in the JV. Property records show New York-based Edge Principal Advisors is the unidentified institutional investor behind the two-building portfolio, which is roughly 76 percent leased.

Financing records show Bank of the Sierra provided $30 million for a four-story, 111,395-square-foot office at 3000 South Robertson Boulevard, just north of the Culver City border and the I-10 freeway. It was 92 percent leased at the time of financing, and acquired from The Carlyle Group for about $26.7 million in 2015.

The other building is at 6101 West Centinela Avenue in Culver City’s Fox Hills neighborhood. It received $40 million in financing from a life insurance company, which CBRE declined to identify. The building spans 111,473 square feet near the I-405 freeway. It was completely renovated this year, and is 60 percent occupied. It was acquired for $44 million in December 2017, according to property records.

The pandemic has deflated L.A.’s ballooning office market like most other parts of the economy, and CBRE projects that it won’t fully recover until the final quarter of 2021. Base rental rates in the Greater Los Angeles region remained stable quarter-over-quarter at $3.60 per square foot in the third quarter this year. By comparison, rents in Culver City are over $4 per square foot.

The submarket has seen an encouraging uptick in activity as of late, including a recent $110 million loan from powerhouse Blackstone Group for a 288,000-square-foot office property, which Northwood Investors acquired for $120 million in July. That property is just on the other side of the Westfield Culver City shopping center from the building on Centinela Avenue.