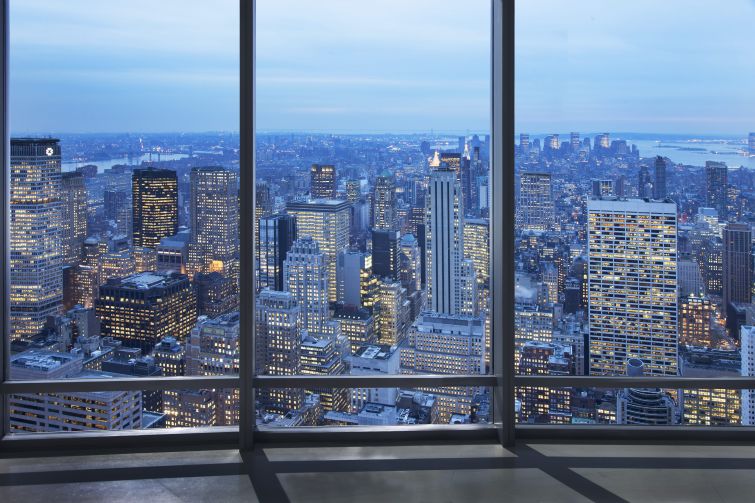 With headlines like “Sublease Space Approaching Record Levels” showing up almost daily in the news feeds of those in the commercial real estate industry, it would be easy to conclude that the office market is on the verge of collapse.

However, a recent survey by the Society of Industrial and Office Realtors (SIOR) tells a different story.

While not overly optimistic regarding the state of office sales and leasing, the September edition of the organization’s monthly “Snapshot Sentiment Survey” shows that the market is slowly and steadily improving as the world continues to grapple with the impact of COVID-19 on the economy.

When SIOR released its initial report in April, the outlook for the market was decidedly grim. The more than 500 respondents to the survey (from both office and industrial sectors across the globe) conveyed that 31.6 percent of transactions had been put on hold by clients, and an additional 17.1 percent of deals had been canceled outright. Only 26.1 percent of transactions had been completed on schedule, with third parties constituting an additional 25.1 percent of delays. The percentage of delays and cancellations for office were slightly higher, while the industrial sector was correspondingly lower.

By September, when asked what had changed for in-progress transactions in the past month, the percentage was 56.7 (more than doubled from April) while the number of transactions put on hold (16.2 percent) or canceled outright (8.1 percent) have been halved.

While those numbers in, and of, themselves are not exactly cause for rejoicing, they paint a rosier picture than that of unfiltered Q3 leasing reports. By tracking the data during the entire course of the pandemic, SIOR members, who need to be active as commercial real estate brokers for five years while achieving demonstrated track records of success, have been able to provide a “boots-on-the-ground” perspective on leasing and sales activity.

“There’s a lack of velocity for deals being done right now but, at the same time, there’s a lot of discussions about transactions,” said SIOR member Jeff Deitrick, executive vice president for Pittsburgh-based Oxford Realty Services. “If you look at our production numbers, yeah, they’re down, but they’re not down drastically. Corporations are taking a ‘wait and see attitude’, but I see that going away once a vaccine is found, we’re past the elections, and people understand what the path is moving forward.”

While the fate of the office market remains uncertain, the already hot industrial market may actually be performing better now than it was pre-COVID-19 shutdowns. Brokers report low vacancies, rising rents, and an active sales market. As one survey respondent stated, “I have never been happier to be an industrial broker.”

As available space grows scarce, one broker in the Philadelphia market indicated that prospects and clients are now considering conversion of some retail space for light industrial/warehouse use — a trend that appears to be gaining momentum as Amazon pushes to open more distribution centers.

E-commerce is the primary driver, but not the only one, according to SIOR member Christian Caulum, vice president of commercial brokerage for the Oakbrook Corporation, headquartered in Madison, Wis. Caulum said the pandemic has had a direct impact on industrial inventory in his market. “We already had extremely low vacancy, but COVID-19 has only exacerbated that.”

Caulum said the market has been driven by three types of users: 1) those who store medical PPEs (personal protective equipment), including hospitals, the National Guard and third-party providers; 2) the COVID-19 supply chain (producers of ventilators and testing products); and 3) those in the construction supply chain, which continues to expand.

“You’ve got naysayers out there saying the office is going away — it’s not going away,” he affirmed. “With the need for the cultural aspects and collaboration … the office will always be there. It’s just a matter of how the office will be designed, and how corporations move forward with that.”