Safety, Amenities and Innovation Amid COVID Top the Topics at CO Leasing forum 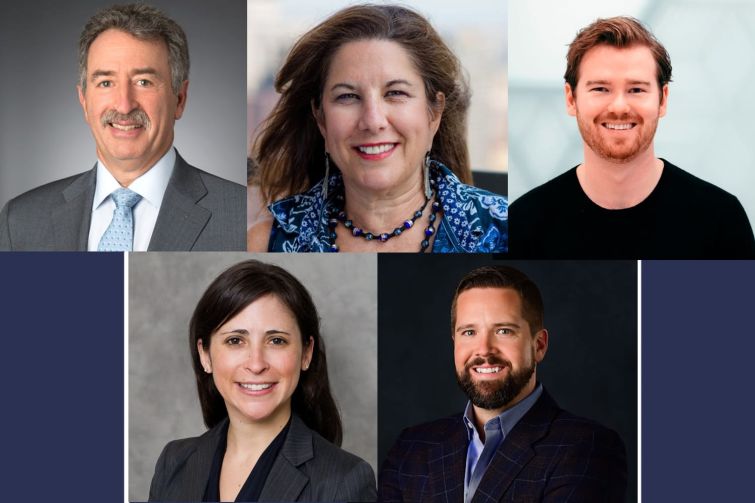 If landlords want to entice tenants back to the office, they need to up their amenity game and make employees feel as safe as possible, ideally by providing on-site testing, brokers and landlords said during last week’s Commercial Observer leasing forum.

Alexis Michael, a managing director at Hines, explained that the landlord had partnered with Mount Sinai Health System to provide testing at one of its Hudson Square buildings, 12-16 Vestry Street. Any employee that works in Hines’ Hudson Square properties can be tested at the site, she said, which has seen more patients as more companies return to in-person work.

“Landlords should be providing the pathway to screening and testing on site,” said Matthew McCambridge, CEO of concierge medical provider Eden Health. “There’s a huge component of psychological safety. People won’t come back if they’re afraid of transferring the virus to themselves or to their family. You do have to provide a base level of support, and testing is part of that.”

Matthew Weir, a senior vice president at Taconic Partners, noted that coronavirus had changed tenants’ preferences for where they wanted to be in the building.

“Before tenants wanted high-rise, now we’re seeing tenants prefer low-rise,” he explained. “They want to be able to walk up the stairs to the second or third floor.”

Meanwhile, the industrial market has been roaring as businesses that have grown during the pandemic demand bigger footprints.

When moderator Jonathan Mechanic of Fried Frank asked how much net effective rents for office space will come down, Israel replied, “I think it’s going to be huge.”

During the next panel, office operators and brokers said they felt that tenants would demand more flexibility from their spaces and more thoughtful amenities that make coming into the office worthwhile.

“It’s not about anywhere, it’s about manywhere,” said Lekan Bashua, head of research and innovation at coworking operator Convene. “It’s about purpose-built spaces for different kinds of work. People have now tasted and seen that you can be productive at a distance, so they’re thinking about, ‘Why am I really coming back to the office?’”

Sacha Zarba, a broker at CBRE, made the pitch for improved amenities, even in the COVID era.

“Employees may not come into the office as much as they used to,” he said. “But when they do come into the office, it needs to be a special place. It’s not just making sure that it has all the amenities that it used to have; how can they be made better?”

Bashua noted that Convene was building a virtual platform to help companies communicate with their employees, send them home from the office if necessary, and allow them to host virtual meetings. Convene wants to make it “as fluid and flexible as possible … to retreat back to virtual when necessary.”

Mark Rosenthal, head of tenant experience platform HqO, said that his software can help companies offer virtual fitness or mindfulness classes on top of in-person building amenities. He also pointed out the advantages of using a platform that can quickly notify all employees if the building is closed for the day or the month.

“If you’re shutting down the building for the day, how do you let people know?” Rosenthal said. “You can’t rely on a game of telephone.”

At the same time, if there is an outbreak in an office building, it’s still not clear who bears the legal liability.

“We’re not assuming that we have any kind of insurance protection,” said Nelson Mills, CEO of Columbia Property Trust, told the panel’s moderator, Stephen Rizzo of Rizzo Group. “Obviously if we have an outbreak in a building, we’ll try to keep the building as safe and as clean as possible. I think in terms of where the legal or insurance liability shakes out, that’s very much in flux.”

The third panel of the day—which Herrick & Feinstein’s Jonathan Adelsberg moderated—focused on how brick-and-mortar retail is being forced to evolve, from lease structures to the designs of storefronts and restaurants.

“I think there’s likely going to be a period of time where percentage rents just have to be part of the lease,” said Whitney Arcaro, head of marketing and retail leasing at RXR Realty.\

Brandon Singer, CEO of Retail by MONA, noted that percentage rents were involved in “every single deal we’re working on right now.”

And huge declines in tourism and limited indoor capacity at restaurants has hit the hospitality industry particularly hard.

“Since we’ve reopened indoor dining, people are very hesitant to go indoors even at 25 percent,” said Saul Scherl, president of the tri-state region at Howard Hughes. “Experiential outdoor space is going to be very important.”

Brands and restaurants are innovating because they have to in order to stave off bankruptcy. And the ones that survive will emerge from the COVID crisis with a stronger business, retail experts argued.

“If you can strengthen yourself in this environment and survive the next six to 12 months, you’re going to be stronger,” said Ethan Chernofsky, vice president of marketing at retail analytics firm Placer.ai. “And hopefully you can learn to use those muscles that maybe you haven’t flexed enough.”

And some retailers are taking advantage of falling retail rents to experiment with concepts and make the jump into brick-and-mortar spaces.

“The brands that are really starting to jazz up their [in-person] experience and come offline are doing well,” Chernofsky said. “There are tons of brands considering mall-based tenancy. It’s a really exciting moment.”

For the final discussion of the day, two landlords talked about dealing with tenants who can’t pay their rent and what office tenants are looking for during the pandemic.

Brian Feil of Feil Organization said he tried to be sympathetic to small businesses who fell into default.

“A physical therapist who sees one patient at a time says, ‘I don’t know how I’m going to last,’” he said. “And it’s not worth it for me to go after him. So we said, ‘you walk away, deliver me possession. We’re not going to go after you personally, we’ll keep the security deposit.’ What am I going to do, chase an individual for $10,000 in back rent? And the courts being closed added a layer of complexity.”

He added that there are “ larger tenants who refuse to pay and are taking advantage. And there are some who don’t want to pay their whole rent and refuse to make any deals.”

Craig Deitzelweig of Marx Realty said he has tried to help struggling restaurant tenants as much as possible because they remain important amenities in his buildings.

“We’ve said to the tenants, we want you to be active here, we want you to get outdoor dining, we’ll help you promote,” he said. “And, if they’re doing everything they can to make their business successful, we’ll work with them.”

Deitzelweig noted that much to his chagrin, “on new leases tenants have asked to have pandemic or force majeure clauses. One tenant asked for a clause that [stated that] if the city is shut down in the event of a pandemic, they get a 50 percent rent deferral.”

Feil said that he tends to reject these kinds of negotiations initially, but he’ll bend a little bit in order to get a lease signed.

“At first you say no, but then when you want to sign the lease; you say OK, we’ll prorate [if there’s a shutdown],” Feil explained.

Moderator Nina Roket of Olshan, Frome and Wolosky asked about the most in-demand amenity that tenants are seeking now that they weren’t before.

“Having operable windows,” Deitzelweig replied. “It wasn’t something you were showing off necessarily and it’s something that tenants want.”