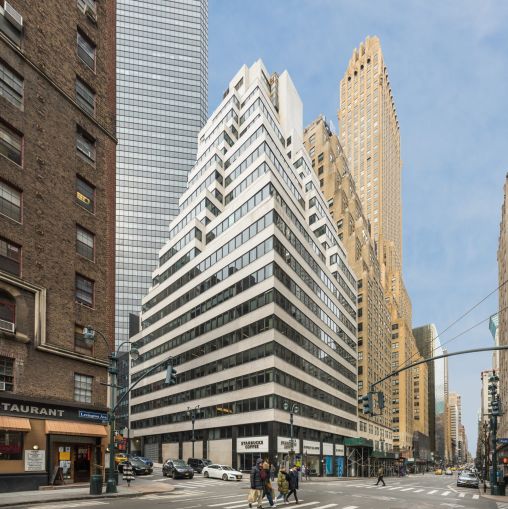 Plaza Construction, which has worked on projects including the Brooklyn Navy Yard and 55 Water Street, will move its offices to 14,405 square feet at 360 Lexington Avenue, Commercial Observer has learned.

The construction management firm signed a 10-year lease for an entire floor of the 24-story midcentury office tower on the corner of East 40th Street, according to landlord Savanna.

“We believe this transaction with Plaza Construction is a testament to the attractive combination of stellar location, strategic improvements, and wellness features that the property offers under Savanna’s ownership,” Savanna’s Linhadley Eljach said in a statement.

A spokesman for Savanna did not provide the asking rent, but CoStar Group data shows asking rents range between $51 to $63 per square foot in the building.

Plaza Construction is currently located nearby at 1065 Avenue of the Americas but wanted to downsize its space since a good chunk of its staff doesn’t work in the office much, said Savills’ Francis Santangelo, who represented Plaza Construction in the deal.

“We were able to identify an opportunity that allowed Plaza Construction to reduce its footprint to accommodate for the fact that a large percentage of employees spend most of their time outside of the office at construction sites,” Santangelo said in a statement. “At 360 Lexington Avenue, Plaza Construction will be in a more efficient space and able to operate in a much more versatile work environment.”

“Savanna is doing the right things to make 360 Lexington competitive — smart improvements that tenants are looking for,” JLL’s Barbara Winter, who represented Savanna in the deal, said in a statement. “We believe the property is well-positioned for leasing success as the market continues to improve.”