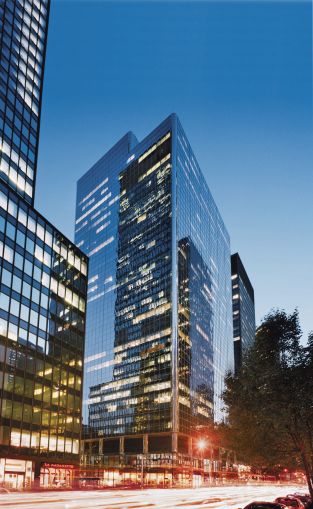 Kroll Bond Rating Agency (KBRA) has agreed to pay just over $2 million in order to settle two charges brought by the U.S. Securities and Exchange Commission (SEC) after it found internal irregularities in the firm’s processes around rating commercial mortgage-backed securities (CMBS) and collateralized loan obligation (CLO) combination notes, according to an announcement yesterday from the SEC.

The SEC said that KBRA violated Section 15E(c)(3)(A) of the Securities Exchange Act of 1934 as it relates to its CMBS ratings and Rule 17g-8(b)(1) of the Exchange Act in connection with its rating of CLO combination notes.

Today, KBRA, which was founded by Jules Kroll in 2010, put out an emailed statement that said “given the SEC’s announcement released yesterday, we are reaching out to let the broader CMBS marketplace know that no ratings will be impacted as a result of KBRA’s settlement of the matter.” The statement continued: “KBRA stands behind the integrity of its ratings, methodologies and processes and we will continue to provide timely and transparent, best in class ratings services and research to the market.”

A KBRA official declined to comment beyond the emailed statement.

This action comes nearly a year and a half after it was reported that the SEC had begun to take a closer look at the rating of CLO combination notes — a sister to the traditional CLO, which is a type of security that pools risky loans together into below investment grade bonds — several months after Moody’s Investor Service was fined for misrepresenting the risks involved with them.

A CLO combination note is essentially a resecuritized CLO, compiled by mixing a number of tranches from within an existing CLO with equity and packaging it into a separate, rated note. According to a July 2019 report from S&P Global Ratings, some insurance regulators began to question CLO combo notes, claiming they can “conceal ratings arbitrage.”

In the SEC’s action against KBRA as it relates to its ratings of CLO combo notes, the commission found that its “policies and procedures were not reasonably designed to ensure that it rated CLO combo notes in accordance with the terms of those securities.”

As it relates to its CMBS ratings, the SEC stated it found that KBRA allowed its CMBS analysts to “make adjustments that had material effects on the final ratings but did not require any analytical method for determining when and how those adjustments should be made.” With that, the investigation found that KBRA did not require a record of a change “in the rationale for those adjustments,” and that the ratings agency’s “internal control structure failed to prevent or detect the ambiguity in KBRA’s record of its methodology for determining the CMBS ratings.”

While KBRA did not admit to or deny the SEC’s findings, it agreed to pay civil penalties of $1.25 million in the CMBS case, $600,000 in the CLO combo notes case and roughly $160,000 in “disgorgement and prejudgment interest, and to establish a Fair Fund for the benefit of victims,” the SEC wrote in its announcement. As part of the settlement, the SEC said KBRA will “review and correct its internal policies and procedures relating to the charged violations.”

“Ratings agencies play a crucial gatekeeping role in the securities market. With that responsibility comes the requirement that they establish and enforce policies and controls to ensure the consistency and integrity of credit ratings,” Daniel Michael, the Chief of the SEC Enforcement Division’s Complex Financial Instruments Unit, said in a statement. “We will continue to hold rating agencies accountable for failing to ensure the integrity of the ratings process.”