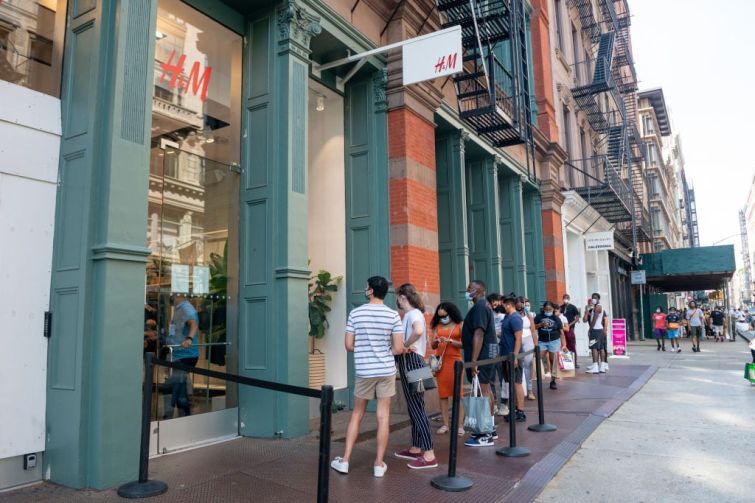 U.S. retail sales increased for the third month in a row in July, but the number was lower than economists expected. Photo: Alexi Rosenfeld/Getty Images

Retail sales in the United States increased for the third month in a row, sending the numbers above pre-pandemic levels, but the jump was smaller than economists predicted.

Total retail sales were $536 billion in July, a 1.2 percent increase from the revised number of $529.4 billion in June, according to the United States Census Bureau. July’s sales figures were also 2.7 percent higher than the same time last year.

However, the increase from July to June was less than the Dow Jones estimate of 2.3 percent and the 1.9 percent economists polled by Reuters forecasted.

While retail sales continue to increase after historic drops in March and April, total retail sales from May to July were down 0.2 percent compared to the same time last year, according to the Census.

And the recovery could be short-lived. Cases of coronavirus have spiked around the country, leading some states like California to re-close retail stores.

Also, the extra $600 per week jobless benefit for millions of Americans who became unemployed during the pandemic ran out at the end of July, with foot traffic in retail stores declining soon after, The Wall Street Journal reported.

President Donald Trump signed an executive order over the weekend to give an extra $300 to unemployment benefits, with states given the option to kick in another $100, but it’s unlikely many will, The New York Times reported. It could take weeks or months before the additional benefits reach Americans.

Electronic and appliance stores had the biggest jump in retail sales between June and July, with a 22.9 percent increase, followed by gas stations with a 6.2 percent rise, according to the Census.