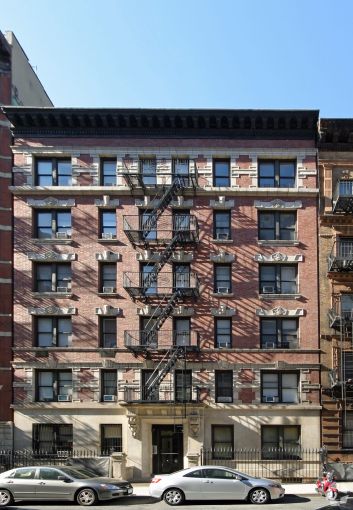 Sixteen months in the making, the transaction is now the second largest sale to close on the Upper East Side this year. The first was Mortimer Sackler’s townhouse at 8 East 75th Street, which sold for $38 million in January.

Redeemer will now convert the existing structure into a church. The new building will comprise both community and cultural space and include meeting rooms and a sanctuary.

With the purchase, Redeemer is expanding its presence from the West side to the East side of Manhattan, and its new location — steps from the 92nd Street Y— is pretty much heaven sent, with plenty of foot traffic to add to its already-packed church services.

“Redeemer looks forward to having not only a local presence on the Upper East Side that will allow us to better serve our congregants but also a community and cultural space that contributes to the flourishing of our neighbors,” Rev. Dr. Abe Cho, senior pastor of Redeemer Presbyterian Church East Side, told CO.

The sale of the 45,094 buildable-square-foot asset equates to roughly $654 per buildable square foot — north of where a high-end condo building would be trading in that location.

“Our family has been part of the Upper East Side community since the 1930s,” Jason Glick, Managing Principal of GPG, said in prepared remarks. “We are thrilled that the sale of this property will yield an opportunity for Redeemer to create a permanent Upper East Side presence and continue to serve the community.”

The church had been searching for a location in the neighborhood for some time, and the C&W team was busy identifying every piece of property on the Upper East Side that potentially would be a fit. Redeemer was seeking 50 feet of frontage in a commercial zone that had a community facility overlay, but simultaneously wanted to avoid areas where it would be competing with a condominium developer, otherwise the price-per-buildable-foot would have been unaffordable. C&W’s Moss focuses on 16 blocks in the Upper East Side and pulled out all the stops to find the perfect match.

GPG properties saw a fit in their property and managed to steadily vacate the property’s multifamily tenants without issue, Moss said: “It’s a very difficult task, but they’re a great organization and handled everything with care and a very personal touch to it.”

And while COVID-19 could easily have thrown a spanner in the works, the deal progressed smoothly. “It’s really a feel-good deal,” Moss said. “There were no problems, no messing around. Everyone did what they said they were going to do.”

Further, the deal parties weren’t strangers. C&W’s David Lebenstein worked on the Redeemer’s acquisition of its Upper West Side headquarters at 150 West 83rd Street in 2012, where the organization converted a then-parking garage to a church.

The recent deal is part of a broader developing trend in New York City; the emergence of user activity in the middle markets space.

“We’ve seen owners be more inclined to sell to users, as users will often provide the seller with a greater certainty of close,” Moss said.

Since 2016, user purchases city wide have been on the rise at about 1.75 percent a year, with user-purchased buildings accounting for 6.2 percent of gross dollar volume in 2016 and climbing to 11.5 percent in 2019.

“By the time we get COVID under control, I think it’s going to be a fantastic shot in the arm for the neighborhood,” Moss said. “It’s a uniquely feel-good deal all around and I think it will do fantastic things for the community.”