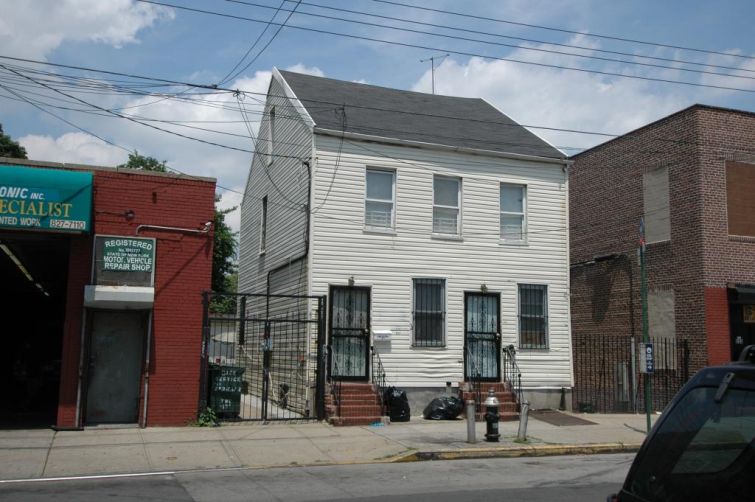 Mohd R. Amin believes his two homes in East New York and Cypress Hills were stolen from him by a company filing fraudulent deeds while he was out of the country. Image: PropertyShark

A Bangladeshi immigrant returned to his home country, fell ill, and struggled to sort out his U.S. visa while his two homes in East New York, Brooklyn were allegedly stolen out from under him by fraudsters filing fake deeds with the city, according to court documents filed in Brooklyn last week.

Homeowner Mohd R. Amin purchased a two-family house at 551 Liberty Avenue, between Schenck Avenue and Hendrix Street, for $610,000 in January 2007, according to public records. A few months later, the tenants in the house refused to pay rent, and Amin, unable to afford a housing lawyer, fell behind on mortgage payments for the home, his lawyers claim in the lawsuit filed last week in Kings County Supreme Court.

In December 2007, Amin returned to Bangladesh and became “seriously ill” soon afterward. His illness prevented him from returning to America to renew his permanent resident card, which expired in 2009. He stayed there until his visa was reissued in 2018.

In 2013, a man named Paul Fishbein, doing business as 2166 Dean LLC, filed a deed stating that he had purchased Amin’s house for the bargain basement price of $1,000. The original version of the deed, filed in July 2013, misstates Amin’s name as Amin R. Mohd, court filings show. Fishbein and his LLC filed three more deeds in 2014 in an effort to fix the mistake, but still repeated the name reversal on the third filing.

All four of Amin’s purported signatures on the deeds are fake, his attorneys argue, and he never transferred the property to Fishbein.

His attorneys also submitted a separate lawsuit about a second home at 31 Essex Street in nearby Cypress Hills, where Fishbein filed identical sets of allegedly fraudulent deeds.

The U.S. Embassy in Bangladesh re-issued Amin’s visa in September 2018, and he was able to travel back to the U.S. in October of that year.

Recently, the New York City Department of Investigations called Amin about the multiple deeds filed for the property in recent years. He argued that none of the signatures could be real, because he was out of the country when they were filed.

Amin’s lawyers didn’t return requests for comment on the case, and Fishbein couldn’t be reached.