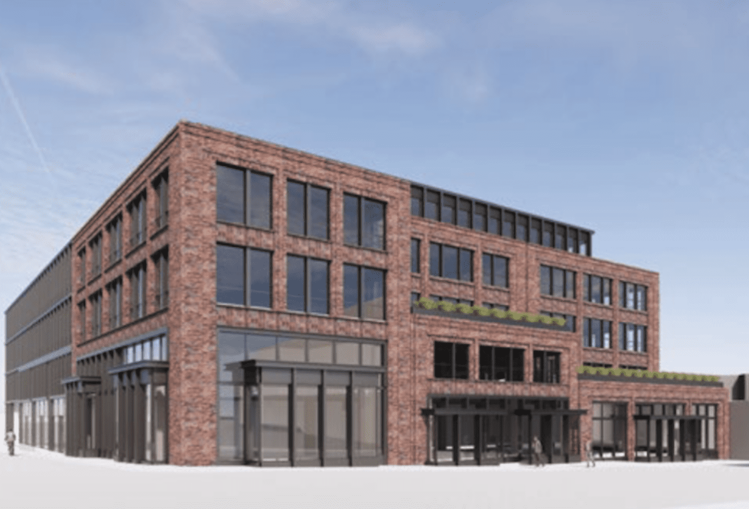 The Menkiti Group has signed Capital One Café to a 3,700-square-foot lease at MLK Gateway, a planned two-building, mixed-use project currently under construction in Washington, D.C.’s Anacostia neighborhood.

“The opportunity to have Capital One Café join us as a tenant at MLK Gateway further delivers on our mission to enhance historic Anacostia with neighborhood offerings that support community engagement and economic vitality,” Bo Menkiti, the Menkiti Group’s CEO, said in a release.

The project is situated at the corner of Martin Luther King Jr. Avenue SE and Good Hope Road.

Phase 1 of the MLK Gateway, which broke ground in January, will consist of 14,600 square feet of ground-floor retail underneath 20,000 square feet of office space, which is leased to technology company Enlightened.

Phase 2 will see the city Department of Housing and Community Development take 55,000 square feet for its headquarters, as reported in Commercial Observer last month. The building is proposed to consist of nearly 130,000 square feet.

The first phase is expected to deliver in early 2021, while phase two is projected for July 2022.

This marks the third D.C.-based café location for Capital One, joining those located at 732 7th Street NW in Chinatown and 3150 M Street NW in Georgetown.

“Capital One Cafés are not only a place to get help with accounts or focus on financial wellness, they serve as a convening space for the local community,” Jennifer Windbeck, Capital One’s senior vice president, said. “Our investment in the Anacostia MLK Gateway location gives us the chance to bring that experience to another important D.C. neighborhood, complementing our existing network of Cafés and branches.”

The company first introduced its Cafés in 2011 after it acquired ING Direct, a bank that had held the rights to the Café concept since 2001. After seeing success with its initial offerings, the concept has grown to 34 Capital One Cafés in 12 markets nationwide.