A longtime Parsons professor wins his eight-year legal battle with notorious landlord Steve Croman over the fate of a Lower East Side building. 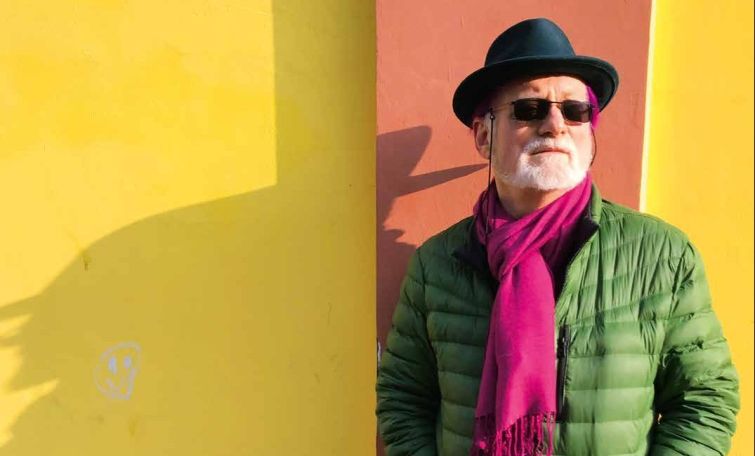 After eight years of legal battles, harassing phone calls and an alleged attack on the way home from the gym, artist Shalom Neuman is finally free of landlord Steven Croman.

In late July, a New York State appellate court upheld a lower court’s decision to throw out the 2012 suit between Neuman and Croman over the botched sale of Neuman’s Lower East Side building at 57 Stanton Street. The decision frees Neuman of his obligation to sell 57 Stanton to Croman, allows Neuman to keep the $100,000 down payment, and requires Croman to pay for all of Neuman’s legal fees, according to court records.

“It feels great,” Neuman said. “I assume it’s finally over.”

Neuman had been unable to sell or refinance the building during the long legal process, which stymied his plan of moving out of the country. Croman and his lawyer, Matthew Hearle, did not respond to requests for comment.

‘They kept on coming back’

The problems started in 2012, when the Czech-born Neuman — known for his participation in the Lower East Side art group the Rivington School and later founding the Fusionism movement — received an offer on his 57 Stanton Street building, which he bought for a little over $140,000 in 1984 and used as a studio and museum.

“I was approached by two young men to sell my property and they kept on coming back,” Neuman said. “I thought maybe I should consider making a move back to Prague. So I agreed to a price with these two people. They seemed honest.”

The men agreed to pay $2.8 million for the three-story building — which currently has ground-floor retail space and two apartments — and then Neuman found out who was really behind the purchase: Croman. The infamous owner was called the “Bernie Madoff of landlords” by the state attorney general’s office and spent eight months at Manhattan Detention Complex (MDC) after he pleaded guilty to grand larceny and tax fraud in 2017 over his years of harassment of his rent-regulated tenants.

“I didn’t really know anything about him until his demands,” Neuman said.

A day before the scheduled Jan. 7, 2012, closing, Croman accused Neuman of using the wrong tax code classification for the building and cheating the city out of more than $100,000 in property taxes per year.

“The fraud perpetrated by [Neuman] results in the premise having an artificially inflated value,” Croman claimed in a lawsuit he later filed against Neuman. “The value of the premises and, consequently, the purchase price, is necessarily dependent on the premises’ tax class being properly designated.”

Croman demanded Neuman drop his price by $700,000. Despite denying any wrongdoing on his part, Neuman agreed to give Croman a $50,000 discount to be done with the deal.

“I’m not that knowledgeable if I wanted to do something wrong,” Neuman said. “I was a professor at Parsons for 40 years, I’ve been an exhibiting artist my whole life. Whatever his accusations were, they were false and they were just a means by which to try and renege on the contract.”

Both men claimed the other simply walked out of the room during the closing, leaving the deal in limbo. And that is when Neuman really found out about Croman.

Neuman talked to the founder of the “Stop Croman Coalition,” Cynthia Chaffee, who gave him the lowdown on Croman’s tactics of harassing and intimidating tenants to illegally force them out of rent-regulated units to jack up the rents to market rate. Neuman decided he would use the out in the contract to stop the sale of 57 Stanton to Croman, even after Croman later said he would buy it for the original $2.8 million price.

“I just was determined not to let him step on me also,” Neuman said. “At that point, it had nothing to do with money. I didn’t want to give him my building.”

Neuman fielded numerous phone calls from different people trying to persuade him to close on the sale, and, in 2012, both Neuman and Croman filed lawsuits against each other over breach of contract. Despite the legal cases, Croman allegedly got his “secret weapon” Anthony Falconite to pay Neuman a visit.

On May 9, 2013, Neuman was walking home from a Bed-Stuy, Brooklyn, YMCA when two men came out of a van and approached him at about 10 a.m., according to a police report filed by Neuman. They pushed him against a chain-link fence in front of an empty lot on Quincy Street and threatened him to close on the deal.

“They made reference to my dog — Croman met me and my dog — and they knew his name,” Neuman said. “They said something to the effect of ‘This is the big time, you should be careful.’”

Neuman later identified one of the men as Falconite, but the police report does not mention Falconite by name. (Falconite did not respond to a request for comment.) During a 2017 deposition, Croman adamantly denied any knowledge of the alleged assault.

“This is ridiculous,” Croman said during the deposition when asked if he knew about Neuman’s recollection. “I have no idea what you’re talking about.”

But the attorney general’s investigation found such an assault would’ve been par for the course for Falconite. Falconite, a former New York City police officer, worked as a private investigator for Croman and would intimidate his rent-regulated tenants to leave their units.

Falconite, who Croman called his “secret weapon,” would stalk tenants, snooping through their mail and sometimes following them all the way to New Jersey, until they left an apartment, according to the attorney general’s office.

While Croman denied any knowledge of the incident involving Neuman, he didn’t like being asked about it, Kobre, Neuman’s lawyer, said.

“He started yelling at me, he started to threaten me,” Kobre said. “His lawyers had to physically restrain him.”

The legal case — which put a notice of pendency on 57 Stanton barring Neuman from selling it to somebody else — dragged on and was set to go to trial in 2018. However, there was a slight procedural delay when Neuman finally reached his end.

“He broke down in tears and said, ‘I can’t do this anymore,’” Kobre said. “He said, ‘How can we be aggressive, how can we get rid of this case.’”

So Kobre decided to try a Hail Mary move and filed a motion to dismiss the case outright. Notice of dismissals are common shortly after a suit is filed, not six years later.

It argued that “even if everything [Croman] is saying is absolutely true, we still win as a matter of law,” Kobre said. “The contract says that if there’s any reason that Croman, that the parties don’t close, Croman has two options: He can either terminate the contract and walk away or he can insist on the $25,000 credit [to remedy the issue].”

The judge agreed with Kobre, but Croman’s lawyers quickly filed an appeal. After another two years, Judge Jeffrey Oing ruled on July 30 to uphold the decision to dismiss the case, ordering Croman to pay for Neuman’s legal fees — about $300,000 — and allowing Neuman to keep the down payment. It also frees Neuman to refinance or sell the property (he hasn’t decided his next move yet.)

And, in an unusual move, Oing referred to Croman by name in the decision, instead of the LLC Croman created to buy the property. The judge’s decision is the latest legal setback in Croman’s long history with the courts.

As part of his fraud conviction, Croman paid a $5 million settlement and was later ordered to put $8 million into a “Tenant Restitution Fund” to give payments to renters who did not get a buyout of $20,000 or more if they lived in a rent-stabilized apartment deregulated by Croman.

In July 2019, a judge granted a motion to allow more than 100 tenants to file a class-action lawsuit against Croman for allegedly overcharging and failing to offer rent-stabilized leases in an East Harlem building, Crain’s New York Business reported. And, in September, tenants at 560-566 Hudson Street in Greenwich Village sued Croman for not offering rent-stabilized leases in the building despite Croman receiving tax breaks for them, The Real Deal reported.

He’s also facing a suit from North Hudson Realty after it accused Croman of backing out of the purchase of 297 West 12th Street because of the state’s recent tenant-friendly rent-regulation changes, according to TRD.

Since his release from MDC, Croman has been welcomed back into the real estate community — with one anonymous developer telling TRD that “I don’t think anybody gives a shit” about his jail stint — and bought the historic White Horse Tavern last year for $14 million with a group of investors.

This year, Croman bought 2154 Second Avenue in Harlem for $2 million and 231 East 4th Street and 9-11 Avenue B for a combined $5 million, according to the Instagram page Traded New York.

Update: The article has been updated to show Croman served time at Manhattan Detention Complex, not Rikers Island.