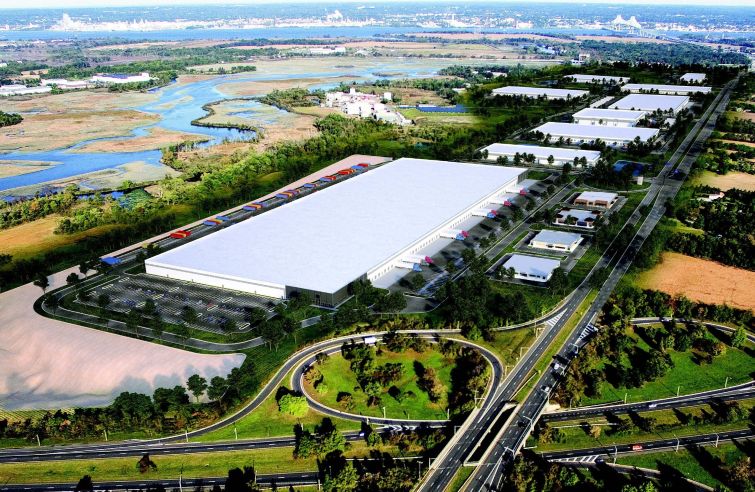 Located at 858 Route 322 in Logan Township, the industrial park has direct access to the New Jersey Turnpike and Interstate 295. When completed, it will comprise 10 sites. Building H is the first building to be developed, followed by Building E.

Perhaps unsurprisingly, given that the industrial sector is hotter than ever, the assets are already pre-leased. Target has fully pre-leased Building H, with the retailer using the site as a center to fulfill online orders and restock retail centers. An estimated 1,300 jobs will be created at the facility.

Building E is a 189,889-square-foot build-to-suit cold storage facility that is pre-leased to Lineage Logistics and will be operated by its subsidiary Preferred Freezer Services.

“Buildings H and E at Logan North Industrial Park presented lenders with the unique opportunity to finance the construction of two Class A, pre-leased industrial facilities,” Alascio said. “The industrial market has continued to gain traction and demand far outweighs supply. We experienced a competitive process and, ultimately, Wells Fargo and Provident Bank set forth competitive terms that led to a seamless execution.”

The financings closed during the first week of July.

“It is a true testament to Wells Fargo and Provident Bank in understanding the vision and value proposition of Logan North in our uncertain economic environment,” Alexander Cocoziello, managing director of capital markets for Advance, said. “Our team could not be more pleased with the execution of Cushman & Wakefield and the broader sponsor team in these two deals.”

In September last year, the C&W team also arranged a $72.5 million construction loan with Santander Bank for The Shops at Ledgewood Commons in Roxbury Township, N.J. on behalf of an affiliate of Advance.

Kohaut was recently hired to arrange debt and equity throughout the suburban New York Metropolitan area. Over the course of his career, he has participated in investment sales totaling more than $2.5 billion and completed over $11 billion in property valuations. Kohaut will be based out of the firm’s East Rutherford, N.J. office.