Unemployment Claims on the Rise Again as 1.4M Americans File for Benefits 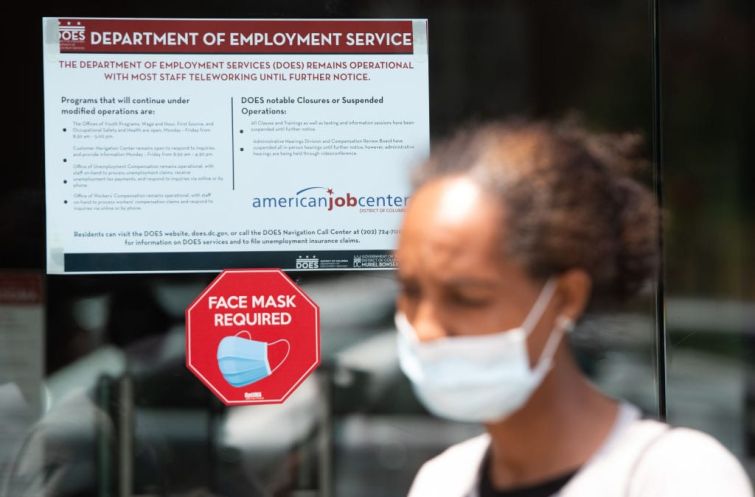 The number of Americans filing for unemployment benefits rose again for the first time in weeks as cases of coronavirus spike across the country forcing states to reimplement stay-at-home measures.

The initial unemployment claims for the week ending on July 18 was 1.4 million, an increase from the 1.3 million Americans who filed for benefits the week prior, according to the U.S. Department of Labor.

Unemployment claims hit a peak of 6.9 million in the week ending on April 4 and have decreased each week since then, with economists expecting the number to level off a 1.3 million each week, CNN reported.

The increase comes as many states around the country have seen a spike in coronavirus cases — with some like Texas and California forcing retail stores to shutter again to curb the spread of the disease — and a week before the emergency $600 per week to jobless benefits passed in the wake of the pandemic expires.

Congress is considering extending the enhanced benefits until the end of the year, CNBC reported. Democratic members want to keep the number at $600 per week but Republican politicians are considering dropping it to $100 a week. Nearly 30 million Americans are currently receiving unemployment benefits.

The state with the largest increase in the number of claims filed last week was California, where 292,673 people filed for claims, a 7,750 jump from the previous week, according to the Department of State.

Last week, Gov. Gavin Newsom ordered 29 counties around California — which makes up 80 percent of its population — that they must re-close non-essential offices and retailers as the number of COVID-19 cases surged. On Tuesday, California surpassed New York — once the epicenter of the pandemic — as the state with the most coronavirus cases, The Guardian reported.

The number of claims in New York last week decreased to 88,260, from 91,546 the week before, according to the Department of State.