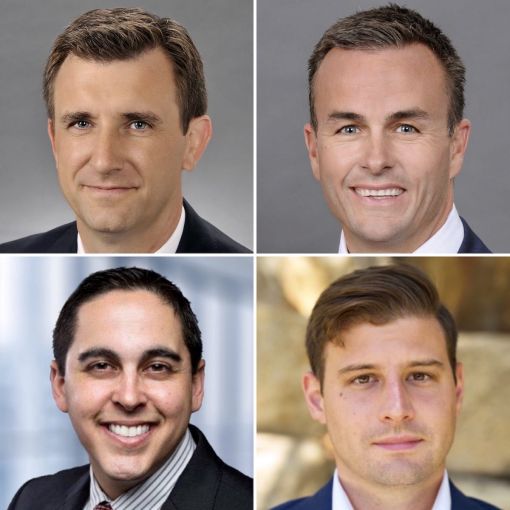 National real estate firms and brokerages added and promoted talent in their Southern California offices, now less than a month into the second half of 2020.

JLL announced that brokers Josh Wrobel, Jaclyn Ward, Kevin Bender and Blake Searles have been promoted to leadership roles for the L.A. office. And Charlie Smith has been promoted to brokerage lead for the Los Angeles region, and he will also continue to serve as JLL’s COO for L.A.

Institutional Property Advisors (IPA), a division of Marcus & Millichap, also announced that Jose Carrazana has joined Tom Lagos and Patrick Toomey’s team as a director in L.A. He will be responsible for helping the team execute retail acquisitions and dispositions and advising IPA’s institutional and high net-worth clients on the West Coast.

LPC West, the West Coast arm of Lincoln Property Company, announced this week that it’s expanding in San Diego, and named Ben Bucci as vice president to help lead acquisitions, investments and deal execution in the region. Bucci joined LPC West after leaving Westcore Properties, where he focused on the Western U.S. and was involved in more than $300 million in acquisitions. Prior to that, Bucci worked at the San Francisco office of Newmark Knight Frank, and as an analyst at HFF LP.