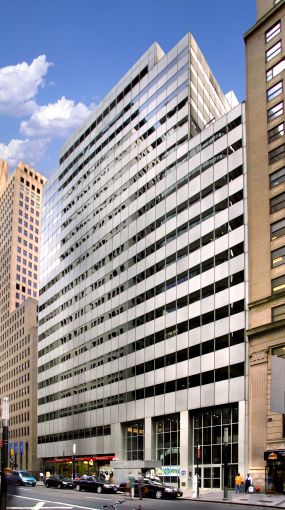 PGIM provided the 15-year loan for the 19-story building on the corner of Broadway and Exchange Place, which is fully leased to the powerful union the United Federation of Teachers (UFT).

This marks the third time Resnick refinanced the property since 2002, all of which were brokered by The Singer & Bassuk Organization, according to the landlords.

“We are especially proud of the three financings we have arranged on this property for the Resnicks and Rubens,” Andrew Singer, the chairman and CEO Singer & Bassuk, said in a statement. “The loan in early 2002 was one of the first major closings in FiDi after 9/11, and the subsequent loan in 2010 was one of the first new CMBS loans coming out of the Great Recession.”

Resnick bought 52 Broadway in 1978 and later completed a massive restoration of the 426,000-square-foot building that deconstructed the building down to the steel skeleton. Since 2002, it has served as the headquarters for UFT, the union that represents New York City’s public school teachers.

As part of the UFT deal, which Resnick said was one of the first major deals signed in the neighborhood after 9/11, Resnick added an underground parking garage and removed some structural columns to create an auditorium space for UFT, according to the landlord.

“52 Broadway has long been an important part of our Downtown office portfolio, and this refinancing during these immensely challenging times is a testament to the quality of this asset, the strength of our anchor tenant, and the skill and dedication of PGIM Real Estate and Singer & Bassuk,” Jonathan Resnick, the president of Resnick & Sons, said in a statement.