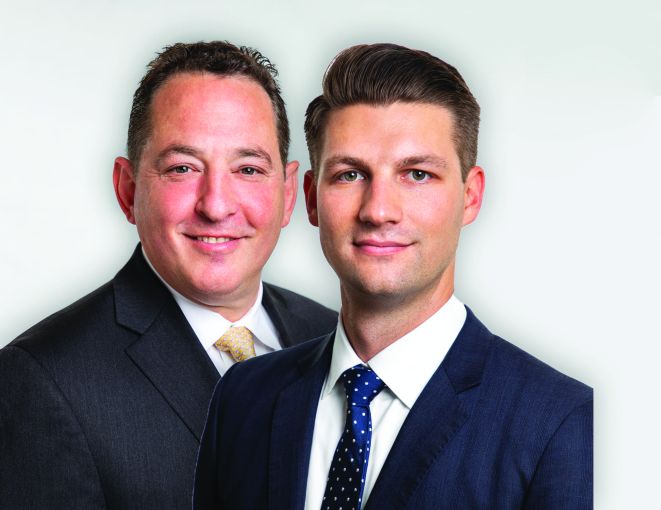 Closing deals during a global pandemic is difficult enough, but add the element of construction to those deals and you’ve got your work cut out for you. Meridian Capital Group’s Adam Hakim and James Murad are on the frontline of the brokerage’s construction debt placement business and — while they had to deal with lenders walking away from deals or re-trading borrowers — continued to close. Those transactions included a $29 million construction loan from Bank OZK for Piermont Properties’ new mixed-use development in Queens and a $20 million development financing for the ground-up construction of a boutique luxury condominium building on the border of Brooklyn’s Gowanus and Boerum Hill neighborhoods. Commercial Observer caught up with the debt duo to discuss their experience though COVID-19.

James Murad: The second or third week in March is when we started seeing real issues develop. Lenders were making global decisions around pressing pause or walking away from deals that were in their pipeline, or significantly re-trading borrowers on proceeds or pricing. By late March, we had issues with pretty much every construction loan that we were working on, with the exception of one. We had lenders walking away, lenders re-trading prices and lenders pulling back proceeds, so that obviously made our lives very difficult — on top of the whole uncertainty in the world in general. But we were fortunate that we didn’t actually lose any deals during COVID. In some situations we had to bring in a new senior lender and scramble quickly to get them onboard. Typically, those seniors were not as competitively priced for proceeds as what we had before, so we had to figure out a mezzanine loan or get the equity to bring in additional capital. But at the end of the day, every construction loan that we had underway during March is either closing this week — we’re closing a big one for $225 million soon — or we already got it closed and over the finish line.

What would you say has been the biggest challenge during COVID?

Murad: Managing borrower and lender expectations. Everybody has money, for the most part, but some [lenders] are making the decision to sit on the sidelines, evaluate things and see where the world is going. [Some lenders] don’t have the same credit facilities that they did before, so while they’ll put out their money, the way that they’re solving for yield becomes that much more uncertain and challenging. Whereas bridge lenders might have gotten you to 80 percent of cost and their pricing might have been LIBOR plus 300 [pre-COVID), right now, those same lenders are underwriting to 65 or 70 percent of costs and their pricing is LIBOR plus mid-400s. They either don’t have the credit facility, or they just don’t know when the credit facilities are coming back. At the start, borrowers said “I’m not paying that, I’ll wait to see what happens,” but as time has progressed, people have become more realistic and understand we’re not the same in the environment that we were in January and February. We’re now starting to see borrowers underwrite in line with where lenders want to lend, and things are starting to free up. Every week there’s another lender and it’s a little bit more competitive — a slow push back to good deal flow.

How much did the universe of active construction lenders shrink early in COVID?

Murad: When COVID first happened, you probably lost 75 percent of your construction lenders in the short term. Today, I think most of them are looking at deals again but with a much more conservative eye.

Adam Hakim: Each [asset] category is its own animal. No one really knows what retail is worth right now but we’re doing more multifamily construction — the most I’ve probably done in my career. Nobody knows what condos are worth, so everyone is kind of holding their breath and waiting. The hotel universe is difficult, as you can imagine, but  we’re about to get a large hotel loan approved that will reset the market, pricing-wise. Through all this we have had major retrades on both first mortgages and mezz. There is one bank that hasn’t raised prices and hasn’t lowered leverage, they’ve pretty much done exactly the same terms, and anything they had outstanding, they kept outstanding. They kept their word. And that bank is Bank OZK.

Murad: I think it’s important to highlight that it’s not that Bank OZK is just ignoring COVID and continuing forward, it’s that they’ve always been disciplined, had disciplined underwriting and been fairly conservative. So when Black Swan events like this happen, their underwriting criteria still works. It’s subject to a very low LTV and underwritten based on very qualified borrowers. So, while the rest of the world has been saying, “Well, we really need to evaluate how we were doing loans before”, Bank OZK is saying “This still works for us and we’re always underwriting to constraints that plan for real pullbacks.”

I assume this is a “No”, but have you seen any lenders try to enter the construction lending space over the past few months?

Murad: I don’t know of any lenders that were not in the construction space pre-COVID that are actively trying to push into it now. That being said, I think a lot of the private lenders and debt fund lenders who, pre-COVID, had shied away from construction because they didn’t like the risk-return trade off are now taking a more aggressive look at it.  They were saying “Why am I doing construction loans to get paid seven or 8 percent?” and now realize they can do the same construction loans at 10,11,12 percent. So, I think it has become more appetizing to some lenders.

In terms of some of the recent transactions you closed, how would you describe their general deal profile?

Murad:  I would say the majority of deal flow has been multifamily. We did one condo loan on 450 Warren Street [in Brooklyn]. The lender held to their proceeds and held to their pricing, they did not retrade us, which was great. And for the most part banks are at 50-55% loan-to-cost and debt funds are at 70-75% loan-to-cost.

Have you seen a big uptick in deal activity in the last few weeks? How’s your forward-looking pipeline?

Murad: I would say during the last three or four weeks our pipeline has picked up significantly. We’re doing a lot more bridge loans than we did last year, partially cash-flowing deals that maybe have a lease-up component or there’s some transition going on in the building. We’re doing a lot of multifamily ground-up deals and still doing a good amount of charter school financing. Then, we’re starting to see people buying distressed assets and needing a bridge loan to recapitalize or complete projects. So, we definitely expect the distressed asset recapitalizations to grow through the year.

Are those distressed asset recapitalizations primarily on hotel or retail assets?

Murad: We’re seeing hotel stuff here and there but also in multifamily — there are situations where developers have overruns and realize they’re out of money, so they’re not writing checks to complete the project. So either lenders are taking those projects over, or they have to bring in a partner to complete it. People are looking at hotel deals and they’re trying to get as creative as possible with a view to redeveloping them as residential projects.

Word on the street is that the fourth quarter is going to be busy with distressed transactions.

Murad: I think the activity will continue to grow through this year and I think you’ll see more distress into early next year, honestly. The opportunities we saw in the first half of the year weren’t significant discounts; a lot of notes were selling at par or 98 cents on the dollar. And it was mostly because people were trying to free up liquidity on their balance sheet. But now, as loans start to mature and as capital calls are underway, we’re definitely in a new world.

Hakim: I’m older than James, so I have the benefit of experience from the last time around. Last time there was no money and no equity. This crisis is the opposite; everybody has money. And everyone’s expecting these giant discounts. We got phone calls, literally every day for a while, from people saying, “I want to buy something discounted.” But there’s too much money. New York is going through some hard times, but the theme of everyone having money is really incredible. When this all plays out they’re expecting to get the same discounts they got in 2009, and they’re not going to get those discounts. There will be a reduction of course, but you won’t see what you saw in 2009 or 2010 or even 2011.

Do you notice a big shift in lender and borrower behavior this time around?

Hakim: There’s an understanding that this is not a financial crisis and people are working together. This is a pandemic, but if this is still here a year from now, everything I’m telling you is wrong. Everything. If COVID still exists 12 months from today, it’s game over, game set match. Everything is collapsed and there is no hotel market, there’s no condo market and the banks are going to be in trouble because they can’t go a year without getting a payment on a hotel loan. So 12 months from today, we’re going to have real issues if this is still in play. But when we do get back to normal, the market will make a giant rebound.

What has been the biggest lesson learned during COVID?

Murad: I think the biggest thing highlighted is that time kills deals. You get so used to your process of how long a loan takes to close and COVID has shown that the world can change on the flick of a switch. We went  to bed in one lending environment and woke up in a completely different one.