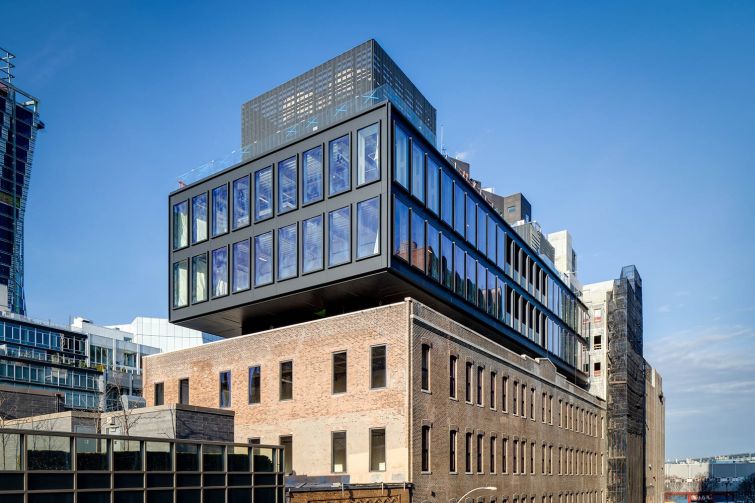 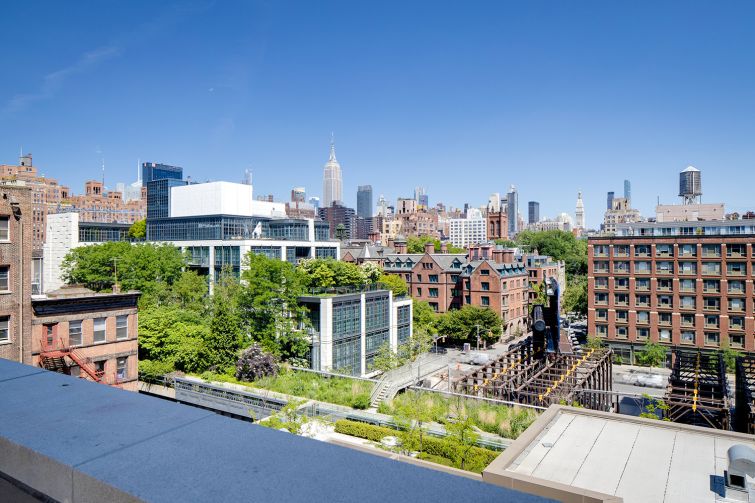 The Haddad family, which runs Elijah Equities, operated their garment business in the building for decades before leasing it to a parking operator in the 1990s. Image: Elijah Equities 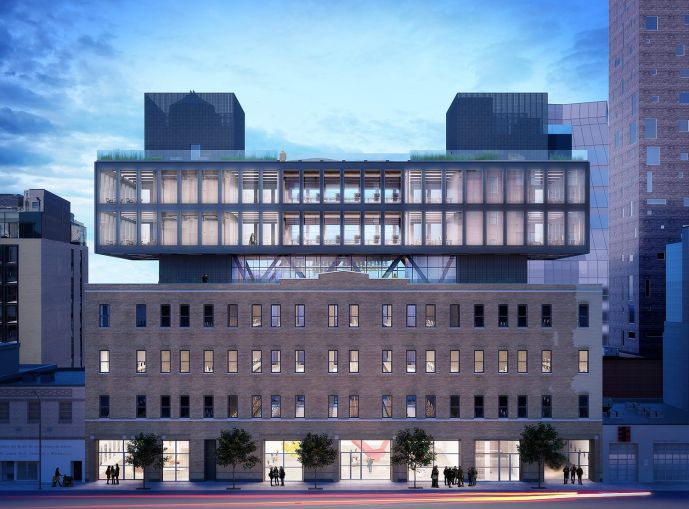 The building has gotten a completely new lobby, which can be made touchless with key fobs. Rendering: Morris Adjmi Architects

A new roof terrace on the seventh floor will include tiered bench seating overlooking the High Line. Rendering: Morris Adjmi Architects
Previous Next

When James Haddad’s family purchased 520 West 20th Street in the 1970s, West Chelsea was already past its prime as an industrial area connected by a freight network and the original Chelsea Piers, through which large steamships brought both consumer goods and passengers from Europe.

The Haddads founded their linen-and-garment business, the Carolina Manufacturing Company, on Allen Street on the Lower East Side in the 1920s. A decade later, they purchased a building at 313 Fifth Avenue, between East 31st and East 32nd Streets, in the then-burgeoning Garment District. The family moved their offices and showrooms uptown to Fifth Avenue and began to buy properties nearby—including a four-story warehouse at the edge of industrial West Chelsea. They acquired 520 West 20th Street in the 1970s, after a rezoning pushed them out of their longtime warehouse on Washington Street in the West Village.

As a teenager, Haddad worked in the warehouse, driving semi trucks into its massive elevators and moving pallets of clothing.

He insists that the warehouse is more than just a piece of real estate to him; it’s a place where he grew up.

“I have a connection to the building itself.”

As the neighborhood began to gentrify in the 1990s, his family stopped using it as a warehouse. Instead, they rented it to a parking garage operator. Knowing that the garage’s lease would expire in 2017, he began planning to redevelop the building in 2013.

Then a few years ago, Elijah Equities, the family’s real estate business, began construction on a dramatic renovation and expansion designed by architect Morris Adjmi. Workers started building a new three-story steel addition that added 50 feet to the building’s height. Constructing it involved adding two new cores inside the building—one for stairs and another for elevators—and erecting two new steel floors on top. Creating the addition required excavating the foundation and removing the massive truck elevators, all while keeping the facade intact. Three of the brick exterior walls were repointed, while the back wall was chopped off and moved in a 16 feet to maximize the available development rights for the addition.

There is a setback between the new and old building, which creates a large 7,000-square-foot outdoor space on the fifth floor. Only 6,000 square feet of the fifth story is enclosed, allowing for the spacious patio. The two new 13,000-square-foot floors have floor-to-ceiling windows and 15-foot ceilings. They are topped by an 7,000-square-foot roof deck, which will be furnished with a stepped bench and other kinds of seating.

The 100,000-square-foot property will be ready for tenants in a month or so. But the big question seems to be whether tenants will want to come back to the office anytime in the near future. Haddad, along with his office leasing brokers, are hoping that one tenant will see the appeal of taking the entire building and having control over their own space. The front door and elevator can both be operated in a touchless fashion using key fobs, and the heating and cooling system is outfitted with MERV-15 air filters, which are rated for hospital use.

“Our preference is to get a great brand to take over the whole building,” said Newmark Knight Frank’s David Falk, who hopes to lease the property to a tech, media or financial company. “You can see it from the High Line, you could call it the ‘X Y Z [company] Building. In a post-COVID world, you can control the cleaning, the entry. Everything could be done the way you want it.”