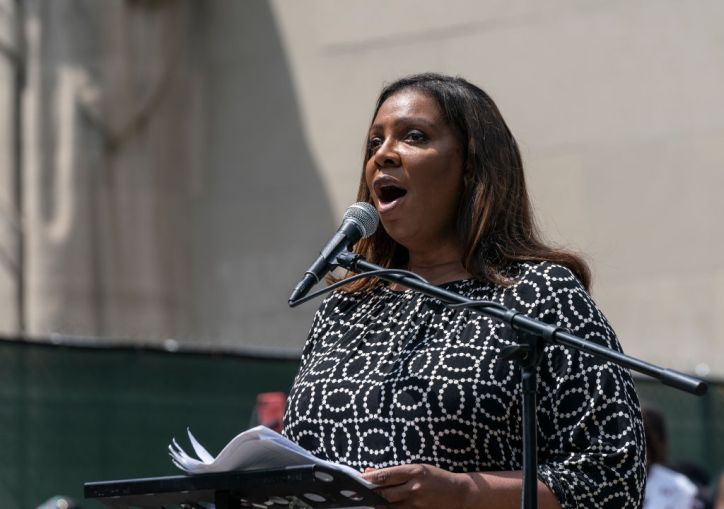 New York Attorney General Letitia James announced yesterday that a group of female construction workers who experienced years of sexual harassment at a Long Island contracting firm will receive a $1.5 million settlement, after James’ office discovered not only harassment but retaliation for reporting it.

James’ office found that the 18 women, the majority of whom are Black, endured a hostile and discriminatory work environment while working as general laborers for TradeOff, a Lynbrook, Long Island-based firm which provides nonunion labor for major construction sites across the city, including Hudson Yards.

“While working at Hudson Yards, a Related project, I was subjected to constant harassment from TradeOff foremen,” said Tierra Williams, a former TradeOff employee who recently joined Mason Tenders District Council Local 79 as a staff organizer, in a statement. “I was regularly bombarded with sexual solicitations and profanities. Many black women have endured similar experiences working for Trade Off and other racist body shops here in New York.”

Union representatives from Local 79 referred to TradeOff as a “body shop” because it recruits most of its workers through prison reentry programs and pays them a fraction of what union laborers earn. “They also overwhelmingly don’t receive health benefits, proper safety training or adequate protection from the kinds of sexual violence and abuse uncovered in the New York Attorney General’s investigation of TradeOff,” the union noted in its statement.

TradeOff failed to address illegal and inappropriate behavior by supervisors, including “solicitation of sexual favors, graphic text and video communications, and regular vulgar comments by male employees,” according to James’ office. Female employees were ordered to perform sex acts in exchange for pay and overtime compensation, and endured forcible kissing, groping, and male coworkers exposing themselves on work sites. The firm fired at least 12 women who reported being harassed on the job, per the attorney general’s office.

After the AG’s office notified TradeOff’s executives about the harassment, “management repeatedly failed to take appropriate action, and, in fact, repeatedly intervened to protect the harassers and fire women who complained of harassment,” according to the settlement documents.

Under the terms of the settlement, TradeOff will be subject to an outside monitor approved by the attorney general’s office. The monitor will work with the company to develop new human resources procedures, including a diversity and inclusion policy, and it will have the ability to investigate all employment-related complaints at the company.

A spokesman for TradeOff said that it “considers any level of harassment to be unacceptable, and deeply regrets that our processes for training and oversight failed some of the women who worked for us.”

The contracting firm has also been embroiled in legal fights with Local 79 and the Building and Construction Trades Council of Greater New York for the past few years, which are connected to Related Companies’ decision to employ nonunion labor for construction at Hudson Yards.

It even argued in its statement on the settlement that the harassment allegations were linked to its battle with Local 79.

“Though Tradeoff acknowledges the deficiencies of its system and pledges to improve them, we believe many of the complaints were driven by a long-lasting dispute with a union that had trouble competing with Tradeoff for labor services.”

In 2017, Tradeoff filed a lawsuit against Local 79 claiming that it targeted executives including Jason Abadie, Justin Hagedorn and José Bonilla for harassment for using nonunion labor, according to a report in the New York Post.