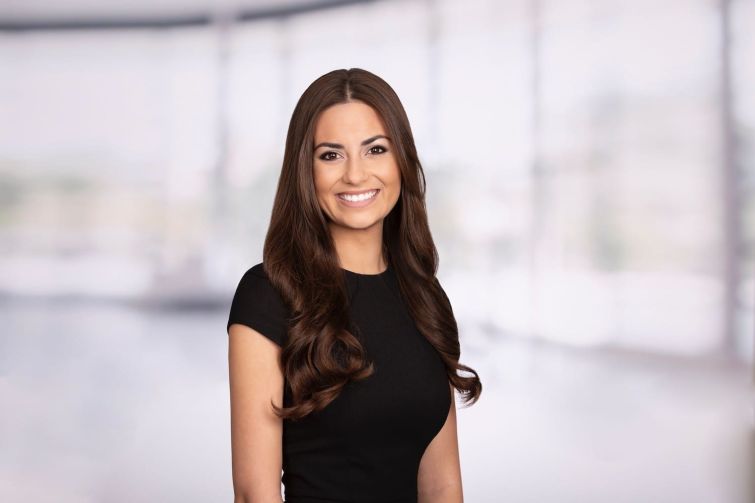 As the Washington, D.C. region continues to open and reoccupy office space, a new report by Savills notes the coronavirus has taken its toll on the area’s office market—one that was already struggling with high vacancy and an oversupply of new space before the pandemic.

The report projected that availability will remain elevated and will increase further in the near term as tenant demand remains tepid, and while tenants undoubtedly face uncertain circumstances in today’s environment, those that can or have to make real estate decisions will benefit from plentiful options and increasingly rising concessions.

Commercial Observer caught up with Devon Munos, Savills’ research manager, Washington D.C. region, to discuss leasing activity, generous concessions and why despite all these underlying problems and bad numbers, the D.C. market is farining better than most markets in the U.S.

Commercial Observer: How would you characterize DC’s office market as we head into July?

Devon Munos: D.C.’s office market has been weakened after spending months in a government-mandated shutdown caused by the COVID-19 pandemic. Pervasive uncertainty paired with an economic contraction has resulted in D.C. availability reaching its highest point since the Great Recession—swelling to 17.6 percent. The government and related sectors kept leasing activity sustained during Q2 with 2.1 million square feet leased, but it is not expected to be enough to keep the market from weakening further in the months ahead.

How much damage was done by the pandemic? Where was the market heading prior to March?

Prior to the onset of COVID-19, the D.C. market was stable, but had been tenant-favorable for over a decade. With the ongoing pandemic disruption, it is likely that these conditions will not only continue but accelerate as landlords adjust to the new reality.

What are the main challenges with getting things back to a normal state?

Gaining clarity on what to expect for the rest of 2020 and 2021 would be impactful to ensure a return to either the normal we knew before COVID-19, or a new normal. Companies that need to make upcoming real estate decisions will find it challenging to make long-term projections on workforce, capital and space needs, given uncertainty about the long-term trend for remote working, whether restrictive health guidelines are short- or long-term phenomena, and the interdependence of both factors.

What do you expect to see as far as availability and rents in the months ahead?

Availability will remain elevated given the current economic contraction and may continue to rise as tenant demand remains tepid. Rents have seen little fluctuation so far, which is unsurprising since D.C. rents don’t typically rise and fall significantly with the health of the economy, rather concessions show the underlying weakness of the D.C. market.

What sort of concessions do you expect landlords to be making?

D.C. landlords are offering increasingly generous concessions and additional flexibility for leases signed during the COVID-19 pandemic. Class A, long-term, new leases are receiving incentives averaging $127 per square foot in tenant improvement allowances and 17 months of free rent, which combined, is a total value of $220 per square foot. These increased concessions are indicative of a declining office market. Landlords are competing to gain their share of a shrunken tenant base and stabilize their buildings amongst a market with elevating availability. Times of uncertainty can create unexpected opportunities for tenants and those that can or have to make real estate decisions will benefit from plentiful options and favorable terms.

What neighborhoods do you expect to do well and which might be in trouble?

The District’s core downtown submarkets have always remained in-demand due to their central location, however, the density of the population downtown may be a health concern for occupiers looking to sign new leases in the near-term. Meanwhile, fringe submarkets like NoMa and the Capital Riverfront have been filled with federal agencies in recent years as they have been priced-out of downtown office space and the stability of the government presence will benefit these submarkets.

With the election coming up in November, how will that impact office space?

Tenant demand in the D.C. Metro is highly correlated with the political alignment or division between Congress and the presidency. Historically, the market has been active under single-party rule which has resulted in positive net absorption. When one party is in control of both the executive and legislative branches, the resulting political agreement enables the easy passage of laws and the establishment of clear fiscal policies. Political clarity is an important predictor of office market performance in a government-rooted market like the D.C. region.

How does D.C.’s office market currently compare to the rest of the nation?

D.C. has upheld its reputation to be resilient during economic volatility. While other gateway markets are experiencing a “pandemic pause” in leasing activity and rapidly softening market metrics, D.C. is not undergoing the same dramatic market bust. Cities like San Francisco and New York are seeing a mass shedding of office space and large blocks of sublease space hitting their respective markets. Due to D.C.’s core tenant base of non-cyclical industries like the government and law firms, which are not reducing their workforces the same way as other industries, D.C. has been cushioned from the full impact of the COVID-19 crisis.

A bright spot for the D.C. Metro is that it is poised to foster new growth within the technology sector. Since recently receiving Amazon’s stamp of approval in their HQ2 site selection due to the well-educated workforce and amenitized region, numerous technology companies have been incentivized to grow their presence within the region as well. This is evidenced in Microsoft’s commitment to almost 400,000 square feet of office space Q2—signed for during the midst of the pandemic and regardless of the uncertainty caused by the public health crisis.