COVID-19 Hit Times Square Hard, but Panelists Confident It Will Bounce Back 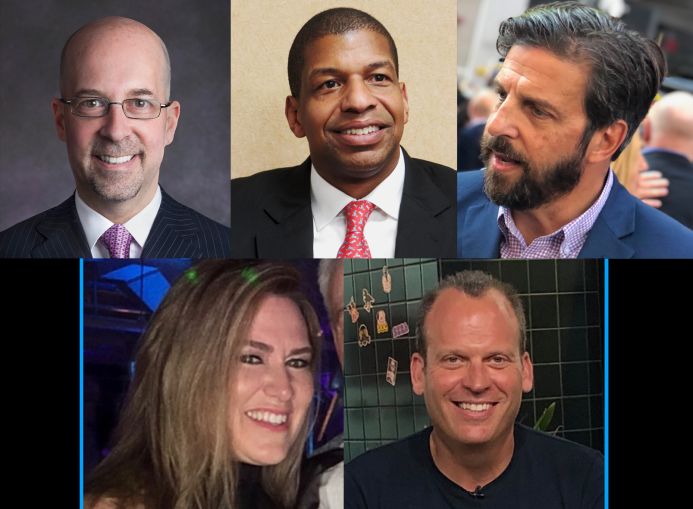 COVID-19 hit Times Square hard — shutting down Broadway, forcing office workers to remain home, stopping tourism, and shuttering restaurants and retail shops — but experts are confident that “The Crossroads of the World” will bounce back.

Panelists during Commercial Observer’s “Rolling with the Times (Square)” webinar yesterday said the sheer popularity of Times Square throughout the years makes it a safe bet that it will come back in full swing post-coronavirus.

After months of being stuck in homes and unable to crowd in places with other people, panelists said there’s going to be a pent-up demand to return to Times Square once it’s safe.

“People will take a newfound appreciation for the environment that Times Square provides,” Alan Rosen, the owner of popular Times Square eatery Junior’s Cheesecake, said. “We’re going to appreciate that density even more in the future.”

Still, Times Square has a long road to recovery.

Hotels have remained empty — with no tourists flocking to the city — since the pandemic hit in mid-March, while office employees have switched to remote work.

Currently, only about 5 to 10 percent of the 30 million square feet of office in the area is occupied, and the neighborhood doesn’t have many residential units, leaving the streets empty and no customers to help support local eateries and retail, Tompkins said.

“Even in the last couple of weeks, it’s just not open for business,” said Sherri White, an executive officer for One Times Square owner Jamestown.

And a major draw for the area, Broadway, announced it will remain closed until 2021 because of the coronavirus. Even when it does return, it won’t be quick.

“We can’t flick the light switch on,” said Julio Peterson, the vice president of real estate for The Shubert Organization. “The larger productions, which are musicals, take more time to ramp up.”

Plus, Peterson added the economics of the theater industry relies on the maximum number of seats being sold to each performance, something hard to do while maintaining social distancing.

In the meantime, Peterson has been working with his retail tenants on things like rent abatement to help them stay afloat, while Rosen was able to work out a percentage-based rent plan with his landlords once his businesses return.

“If [landlords] push us too hard, we’ll probably fold up and be done,” Rosen said. “The rent is really the determining factor on whether we survive.”

Despite these issues, the panel — moderated by Newmark Knight Frank’s Jeffrey Roseman — wasn’t all doom and gloom.

White, who is working on repositioning One Times Square, said there have been “some signs of life in the sign market,” especially for larger corporate advertisers. And Peterson said there’s still “a lot of demand” from producers of new plays for theaters.

Panelists pointed out that Times Square has made it past its seedy past from the ‘70s and already survived recessions, 9/11, terrorist attacks and more.

“Times Square remakes itself every 10 to 15 years,” White said. “I think we were already heading into it pre-COVID … but it’s up to me and other people in the market to say what’s next.”