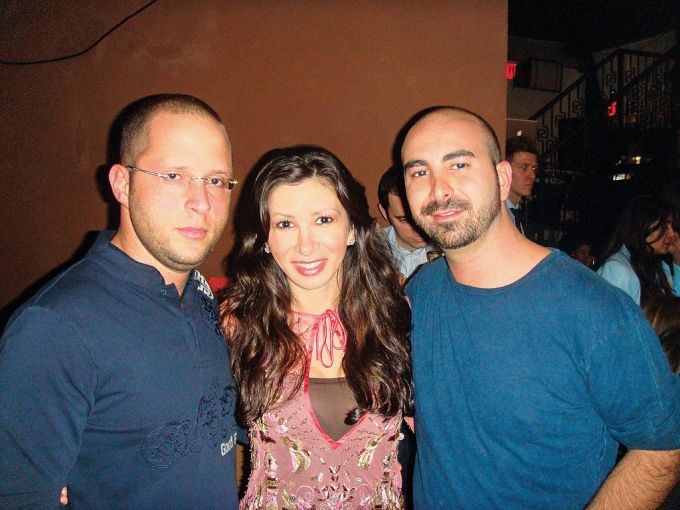 Alex Sapir has sued Omer and Rotem Rosen, his former brother-in-law, for $100 million, claiming that the two brothers spent years leveraging their positions inside the Sapir Organization to enrich themselves unfairly, according to court documents.

Among other complaints, Sapir accused the brothers of stealing proprietary documents from the Sapir Organization, and using that information to transact real estate business in Miami, according to the complaint, filed in New York Supreme Court.

In particular, Sapir accused Rotem, his former brother-in-law, of violating a number of agreements by filing a $103 million suit against the estate of Alex’s father, Tamir Sapir, who died in 2014. Sapir also accused Omer, who worked as general counsel for the Sapir Organization for seven years, of using his position to harm the organization, by misrepresenting information about a personal loan, and stealing over 1,500 proprietary documents, according to the complaint.

“The complaint is untrue,” said Sheron Korpus, legal counsel for Rotem Rosen. “It’s a desperate attempt to distract from Rotem Rosen’s meritorious claims against the Sapir estate, and separately against Alex Sapir.”

The background for the case is that Rotem married Alex’s sister, Zina Sapir, in 2007 and began working as a consultant for the company in 2009. Shortly after, he and Sapir formed ASRR, a separate company in which they both had 50 percent ownership, but had limited authority on their own.

Over time, the relationship soured and by 2017 Sapir attempted to extricate himself from all dealings with Rotem, and agreed to buy Rotem out of ASRR for $70 million, in exchange for disentangling all their deals together. They signed a mutual release in 2018, which prohibited them from suing each other under most circumstances, although their ASRR entanglements had not yet been entirely resolved.

Shortly after, Rotem sued Tamir’s estate on behalf of ASRR, claiming that he was owed $103 million in compensation for work done in 2014 and 2015.

“With Zina focused on raising their family, and Tamir heading into retirement, Rotem, and Omer as General Counsel, continued to exploit the trust they had gained and their positions to enrich themselves at Plaintiffs’ expense,” Sapir’s complaint states.

Regardless of the overarching narrative, the claims of specific wrongdoings are narrower.

Sapir’s complaint alleges that Omer misrepresented the terms of a $560,000 loan he took for personal reasons. Believing Omer’s verbal explanation that it was a standard 30-year mortgage, Sapir signed the document. He only learned later, that the loan documents required no payments for 30 years and did not use the property as collateral, leaving it as essentially an IOU.

Secondly, the complaint alleges that in June 2017, Omer sent 1,515 proprietary documents from his Sapir Organization email address to his personal email address, then deleted the emails from his inbox, covering his tracks.

Those documents were later used by Rotem to transact real estate deals with his new company MRR Development. For example, among the emails Omer had sent to himself were 69 documents regarding a deal at 210 NE 18th Street in Miami. In June 2018, MRR purchased the property across the street, per the complaint.

Finally, the $103 million suit against the Sapir estate is in violation of the mutual release agreement, and the membership terms of ASRR, per the complaint.

“Both Rotem, and his brother Omer, who allegedly conspired with him, have repaid our client’s trust with betrayal and mistaken its kindness for weakness,” Terrence Oved, legal counsel for Alex Sapir said in a statement. “This action seeks to hold the Rosens accountable for their many alleged misdeeds.”