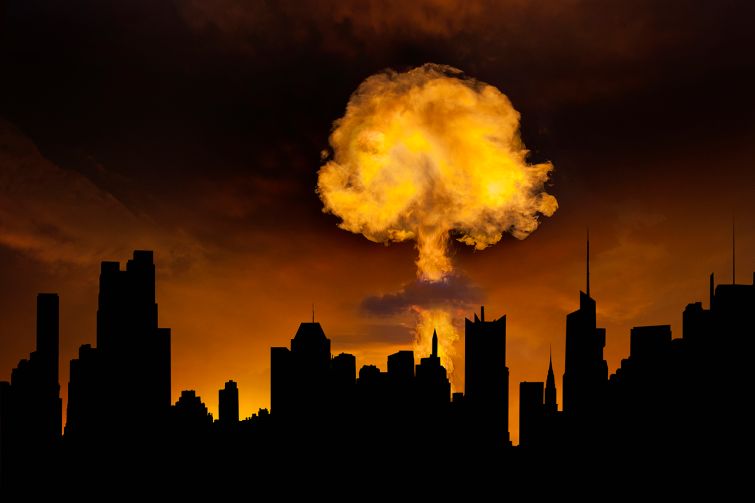 If you thought it was bad now, well, it could get a lot worse.

Scores of apartments could be empty as thousands of renters face evictions after losing their jobs and as millennials in pricey spots like New York and San Francisco flee in search of cheaper pastures.

Major companies significantly downsize, or simply give back their space in favor of remote work. Few tenants will be able to step in to fill their space. A large driver of recent leasing activity, coworking firms, struggle to get new members and are forced to shutter.

Thousands of retailers board up their storefronts. Mega-projects like American Dream Mall and Hudson Yards are drowning.

Hotels remain empty, student housing becomes vacant shells, malls shutter and no one will step in to help as lenders hit “forbearance fatigue” and refuse to extend any more relief to owners, experts warn.

All that could be in the cards without a dreaded second wave of the pandemic hitting.

“The worst case is that we get lulled into a sense of, ‘Oh gosh, it’s going to be OK.’ and then come the fall we get a huge second wave that is larger than what we’ve gone through,” said retail consultant Kate Newlin. “I think that just decimates everything. Whatever tricked out consumer confidence was starting to resemble gets whacked up the side of their head.”

While that’s a doomsday scenario that hopefully doesn’t come to pass, many Americans are still living in fear of the country’s future.

“This is a confidence problem,” said Jay Rollins, the co-founder of investment management firm JCR Capital. “The government has instilled a tremendous amount of fear for everybody and nobody knows what to do with this fear. The fear is trending into asset values.”

And it could get worse as confidence erodes, with some expecting the economy to be shaky until at least 2022.

“Anybody that says we’re going back immediately to the old normal or that we’ll magically have a cure for this and the economy is going to be [on a roll] by middle 2021, I think that’s hyperbole,” said Jake Reiter, president of private equity firm Verde Capital. “I just don’t understand how anybody could have that view.”

Especially with many sectors already gasping for air three months after the strict emergency measures to slow the spread of the disease was put in place.

Retail was already living through a years-long agony of what’s been dubbed a “retail apocalypse” with declining sales and competition from online shopping. And the coronavirus pandemic added more fuel to that fire.

“A lot of the debt burden that these retailers are carrying has kept them from being able to invest aggressively online,” said Newlin. “All this did was accelerate what was coming.”

So far, J.Crew, Neiman Marcus and JCPenney filed for bankruptcy while Pier 1 Imports announced it was going out of business. Others are reportedly on the brink of doing the same.

Brands plan to close hundreds of stores, with mall owners nervous about which locations are on the chopping block.

“They want to get everyone opened up so you have a property that doesn’t have any shuttered locations and gates rolled down,” said Newmark Knight Frank’s mall guru Thomas Dobrowski. “It doesn’t look good, it doesn’t feel good to the consumer and it doesn’t bode well for sentiment for that property.”

“Malls that get impacted with multiple store closures will obviously feel some pain,” Dobrowski added. “Those owners are going to be tasked with figuring out what to do with that vacancy and how to proceed.”

That could be problematic with all retailers — even high-end luxury brands — struggling for survival, Newlin said.

“These big chains aren’t going to be taking on new space,” she said. “They’re going to be letting go of underperforming space.”

And that could spell trouble for recently built mega-project like Hudson Yards in Manhattan and the American Dream Mall in New Jersey. Newlin had her doubts about those projects — especially the seven-story Hudson Yards mall — beforehand but said their “reason for being” is even more unclear post-COVID-19.

“They were a developer’s wet dream,” she said. “They were smelling their own fumes because Related [Companies] wanted to be able to sell apartments over on the West Side. They got an out-of-town sucker like Neiman Marcus to believe it, and when you go down there it’s never been a vital retail community.”

But it’s not just retail seeing the early signs of a doomsday prophecy. Office properties — long seen as a real estate safe-haven — have seen scores of tenants not paying rent while major occupiers have floated the idea of downsizing their footprint.

Facebook and Google told its employees to plan to work from home until 2021 while Twitter went one step further and will allow the majority of its staff to work remotely forever.

A survey of more than 500 startup founders recently released by leadership consulting firm The Kung Group found that 66 percent of them are looking into downsizing or eliminating their office.

It’s not just tech firms embracing work from home. MasterCard told its 20,000 global employees they can work from home until they feel comfortable and is looking to consolidate its offices. Morgan Stanley’s CEO James Gorman publicly stated he’s considering shrinking its office footprint after seeing the success of remote work.

“Maybe offices, in certain cases, become hoteling, where there is an element of creativity and sharing of ideas,” said Reiter, long a proponent of virtual work for his own company. “They become a place for meetings and less the narrative that you commute an hour and a half every day to sit in an office.”

That could leave landlords scrambling to fill that space and potentially few options to do it with. Many companies — if they keep their office — will simply renew their current digs while others will go out of business.

And some have already put their money on this. Activist investor Jonathan Litt’s Land & Buildings Investment Management took short positions on Empire State Realty Trust, SL Green Realty Corp. and Vornado Realty Trust because of an overabundance of supply from new construction and the possibility of tenants giving back space, the Wall Street Journal reported.

If companies do need physical space, many could seek out other cities across the country with cheaper real estate, good livability rates and a large talent pool, like Charlotte, N.C., instead, said Reiter.

“If people are saying we can choose to have office space that’s very expensive and a very high cost of living or maybe we can look at Charlotte and recruit and retain talent and spend less on office space,” he said. “If we’re working virtually can I hire people that aren’t working locally, does that become more professional and socially successful.”

And without the need to commute to an office job in Manhattan, many renters could flee the city along with their companies.

“If your company isn’t telling you, ‘you have to come back to the office, and you’re not even in the city right now,’ why are you signing a lease this summer?” said Shaun Riney, a senior managing director of investments at Marcus & Millichap. “Worst case, this starts an overall trend of society outwards of the city and our tax basis for how we pay for all this stuff is just eviscerated.”

Coworking companies, which have been gobbling up thousands of square feet in cities in recent years, are also feeling the pain and will be unlikely to sign new deals. Some have already talked about giving back some space.

“I do see some landlords that get really hurt from this,” ESRT’s CEO Anthony Malkin — long a vocal critic of WeWork — said during a recent Commercial Observer broadcast. “But they made the decision to rent to them in the first place, which any single one that spoke to me about it I said, ‘Don’t do it … You’re leasing it to some whacko, Svengali dude.’ ”

Multifamily sales, especially ones with rent-stabilized units, have already faced large decreases before the coronavirus pandemic due to the rent reforms passed by the state last year. If that isn’t changed, coupled with the impact of the coronavirus, it could spell doom for the city’s multifamily sector, Riney warned.

“Overall, when you have a system when you can’t raise revenue and expenses go up and the government’s against you, that is not an investable sector, you’re actually going to lose money,” Riney said. “People give up so you’re going to see what neighborhoods look like when boilers aren’t replaced and when there’s no investment into apartments.”

“The worst-case scenario is the true bankruptcy of the neighborhoods,” he said.