Recovering from the COVID Economy: Trimont Spells Out Next Steps 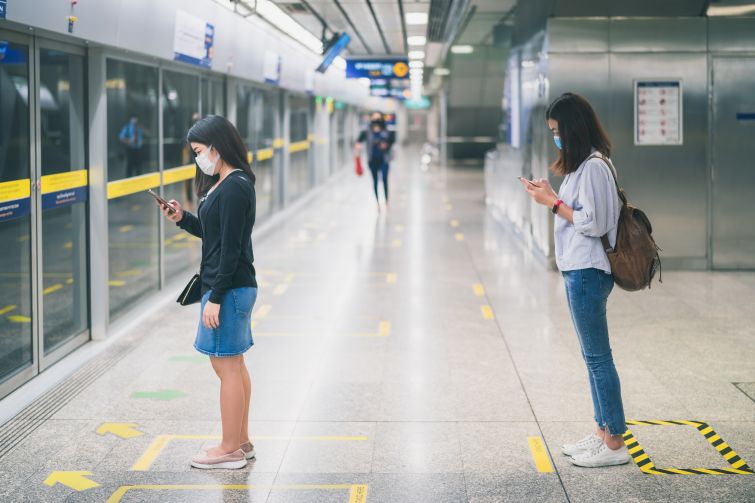 With massive disruptions in the economy over the past few months, many in the industry are scrambling to forge a new path forward.

To help in this endeavor, the Commercial Observer Partner Insights team held a webinar on May 27, presented by Trimont Real Estate Advisors, a globally integrated provider of outsourced financial services, titled “The Economy and Real Estate After The Crisis.” The discussion between Trimont CEO Brian Ward and Sam Chandan, dean of NYU’s Schack Institute of Real Estate, wrestled with the near and long-term implications of recent events on the economy, and its potential effects on commercial real estate.

Ward began by recounting the depth of uncertainty in the market, spelling out “significant market incongruences.”

“We’ve got a Dow that’s greater than 25,000 and an S&P hovering around 3,000,” he said. “But we have a Fed Funds Rate at zero percent, with trillions of dollars of liquidity being pumped into the system. We have incredibly strong market activity happening in the face of this storm, contrasted by unemployment soaring to nearly 15 percent. Economic forces are incongruous and confusing at best.”

In early April, many economists expected a V-shaped recovery. But since then, Chandan said, data has indicated that while “there’s an expectation that economic expansion will resume in the third quarter, we’ll see improvements in activity at very, very low levels,” more closely resembling a U-shaped recovery.

“We don’t expect to see a strong bounce back where, towards the end of 2020, we find ourselves with a level of economic activity, employment, and consumer engagement similar to before the pandemic,” he said. “We have structural damage to the economy, particularly in the labor market.”

Chandan added that unlike the 2008 crisis, when China’s strong GDP helped burnish the global lag, no major economies escaped the current downturn, leaving the world without a major player to spark a resurgence.

Noting the massive, $2.8 trillion injection by the Fed into the economy, Ward explained how it’s not translating to the marketplace.

“People are applying a meaningful risk premium to the investment right now,” he said. “In that regard, it’s following the 1918 Spanish flu crisis. While funds were injected into the system, they really never made it to the street. Deposits on reserve through the banking system have increased substantially, but cash into circulation has remained relatively constant.”

Bringing the discussion to specific industries, Chandan spoke of how leisure, hospitality, retail, and tourism lost economic activity and jobs most abruptly. “These are some areas that are going to experience relatively modest recoveries relative to their initial losses, at least in the initial stages of our return to growth,” he said.

Basing his assessment on REIT sector returns, Chandan notes that hotels and retail have taken the hardest hits thus far, while online grocery sales have, due to necessity, proven to be a promising industry.

Healthcare, though, is surprisingly down.

“Because elective surgeries and appointments have been on pause, we’ve actually seen large numbers of layoffs in the healthcare sector,” he said.

The future of office, meanwhile, is uncertain, and a subject of lengthy debate.

“To what extent will remote working and the move to de-densify play a role in reducing demand for office space?” Chandan asked. “And on the other side, because we do want to reduce density, do we take more square feet per employee?”

Chandan notes that even previous skeptics have been embracing work-from-home, and that it seems to be an increasing part of the future for almost all companies. Still, it’s not yet clear what this means for corporate space requirements.

“As for whether companies take more space and pay more to increase the footprint for employees, we don’t hear from companies right now that they anticipate, or are going to be willing to make, greater outlays for office space when they have fewer people there,” Chandan said.

Geographically, the burdened leisure and tourist sectors spell bad news for areas like Las Vegas and South Florida, which could experience the slowest or most uncertain recoveries.

While cities like Chicago or Detroit are less exposed on that front, they have other economic vulnerabilities due to heavy budgetary demands that can’t be offset by considerable tax revenues or abundant resources, respectfully.

Chandan also noted that while New York City was considered low risk in the early days of the crisis, that is now less certain.

On the labor markets, both execs believe that today’s historic unemployment numbers could become even worse in a second wave of COVID-19 infections. Chandan mentioned that low- and moderately-skilled jobs have been hit harder than white collar jobs, and that this could have implications for the multifamily sector as “apartment renters have been disproportionately impacted by job losses as compared to homeowners.”

Summing up the overall economic situation, Chandan mentions how even minor downturns can have substantial effects on the economy.

“We don’t need the mean or medium loan to default for it to feel like a financial crisis that threatens the underlying stability of major institutions in the United States,” he said. “During something like a great financial crisis, four to five percent of bank real estate loans could be in default, and that feels like a crisis in terms of the strain it places on the underlying financial system.”

This, he said, could have dire implications for the near future in the wake of COVID-19.

“The undermining of the economy has significant implications for the demand profile for real estate, and the viability of some of the debt that we have out there,” he said. “We have to be prepared that the market is going to need special servicing. It’s going to need significant forbearance over the next couple of quarters.”

But Ward signed off on an optimistic note, saying how dire times often lead to unprecedented innovations.

“This is obviously a very difficult time for everybody,” he said. “But it’s in these times of crisis that tremendous opportunities are formed – not just economic opportunity, but opportunities for leadership and to challenge old norms. This is an opportunity for us to reflect and to think about better ways to conduct our businesses.”

To view the full on demand webinar, click here.