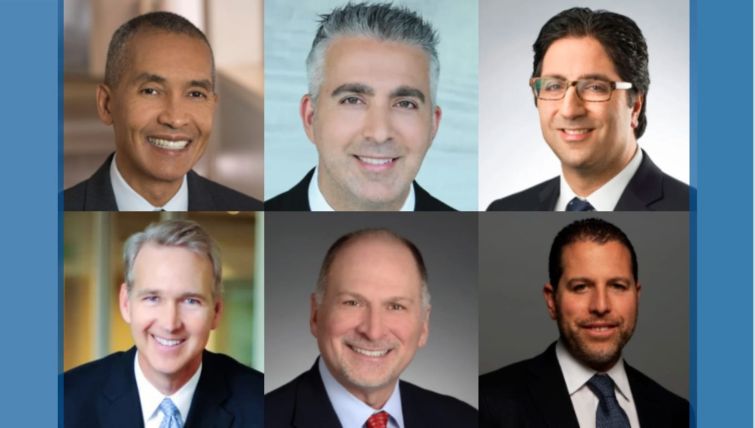 Pre-COVID-19, the commercial real estate sector was a borrower’s market.

No matter one’s opinion of what the “new normal” looks like, we’re in the middle of what’s firmly become a lender’s market. And financiers are acting as such and making adjustments.

“Pre-COVID the market was good, it was getting aggressive and every product type was financeable, with competition,” said Thomas Whitesell, an executive vice president and group head of real estate at Pacific Western Bank. “As time has gone on, you’ve seen a lot of restrictions.”

For borrowers, COVID-19’s impact mixed with a renewed sense of conservatism and defensiveness from lenders has made it challenging to “marry a pre-COVID basis to post-COVID underwriting,” said Ash Baraghoush, the senior director of multifamily investments at Hanover Real Estate Investors.

“On the JV equity side, the biggest shift has been underwriting parameters,” Baraghoush said, adding that sellers today are most likely selling because of some level of distress. “[Before the pandemic]…everything was priced to perfection. You couldn’t miss on your renovation or construction costs; you had to underwrite a healthy [rent] going forward and a low exit cap rate. Any small variable in any one of those assumptions created a drastic reduction to overall valuation at the end. Post-COVID, we’re generally looking at deals where we’re underwriting little to no rent growth going forward over the next 24 to 36 months. Effectively, you mark your rents to market today and that’s your exit rent several years from now. That’s a significant reduction in valuation based on a pre-COVID underwriting.”

Mesa West Capital principal Ronnie Gul said the question is whether there are “willing sellers in the market to meet those underwriting adjustments, because ultimately that will drive deal flow as folks are able to reprice assets.” He pointed to the last market downturn, following the depths of the 2008 crash, when it took about a year for this to materialize.

Gul said it’s one thing to finance an existing deal that is “at a pre-COVID cost basis, versus a new deal that has fresh equity, and a new basis.”

While deal flow has slowed severely, Zegen said “hidden distress” in the form of things like landlord and tenant disputes in many states that haven’t been addressed by state governments as well as prolonged forbearances of 90 to 180 days could materialize into increased pressure on many lenders. These factors as well as the troubles facing a few key asset classes makes it much more difficult to forecast the capital markets.

As such, lenders such as Jackson have been implementing protective language to cushion themselves, like additional debt coverage reserves, which, he said, borrowers first thought was “unreasonable, but I think people have gotten over it… we make the point that it’s your money. Why wouldn’t you want to put this in place to protect your equity? We’ve seen over the last two months — since the beginning of April — a lot of borrowers … realized it’s the prudent thing to do.”

“For fixed rate product, for our conduit, we’ve added language where everything is really subject to the market,” Jackson added. “The big challenge we have, for anybody using securitization as your exit, is the unknown about volatility in the credit markets. It’s been stable lately… but from the time you issue your initial application, through the underwriting process, who knows what’s going to be there, so you have to really put things in your documentation to protect yourself. Then there are additional types of protections around debt coverage reserves that we just didn’t see before all this occurred.”

This  panel discussion was shortened and condensed for print and online publication. You can access a full, on-demand replay of the event here.