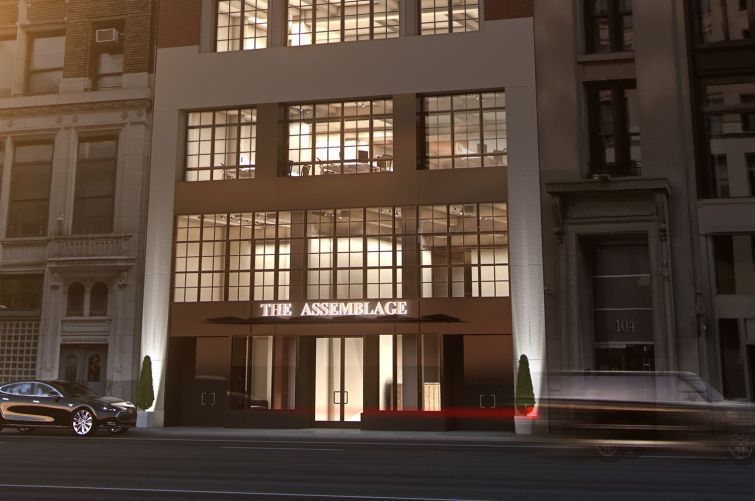 The upscale, wellness-focused coworking firm The Assemblage abruptly ceased operations at all three of its Manhattan locations last Friday, Commercial Observer has learned. The closures come amid a sale of two of the underlying properties by troubled crowdfunding firm Prodigy Network.

Members at both of The Assemblage’s NoMad locations, at 331 Park Avenue South and 114 East 25th Street, received an email last Friday stating that the spaces are under new management, and that they would have to reapply for memberships. “We regret to inform you that The Assemblage has ceased operations at the East 25th Street, Park Avenue South and John Street locations in New York City, effective immediately,” the email stated.

The John Street location, at 17 John Street in the Financial District, which also includes a hotel, was not taken over by the new management team, the email noted. It’s unclear what arrangements have been made for that space.

The Assemblage was the coworking-meets-wellness project of the late Rodrigo Niño, the founder of Prodigy Network, a pioneer in the real estate crowdfunding space. The space launched in late 2017 with a location in the Prodigy-owned, 12-story 114 East 25th Street, according to a profile in the New York Times and other media reports.

The move comes as Prodigy sold the two NoMad locations last week. An unknown buyer picked them up for a combined $82.5 million, according to property records. The sale marks a 20 percent loss from the $103 million that Prodigy paid for them in 2017.

Prodigy has faced increasing obstacles over the last year, as investors alleged that it was running out of funds and not delivering on promised returns, according to multiple state and federal lawsuits, as well as financial documents. In May, the 50-year-old Niño, who had stepped down as CEO of Prodigy in 2019 amid the allegations, succumbed to cancer.

The email to members provided no information on the new management, or links to more information, although the email address leads to a bare-bones website with pricing for the new coworking space, but no additional identifying information. (The pricing is $495 for a hot desk, $1200 for a dedicated desk and $3900 for an office at the East 25th Street location.)

“We are committed to a long-term vision of continuing to offer a flexible and collaborative office community,” the new management wrote in the email.

The Assemblage, which counted Deepak Chopra as a member, was intended to be a holistic community for entrepreneurs. One member at the East 25th Street location described it as “very California, indigenous appropriation, hippie-dippie,” though she said its space was beautiful and delivered on its promise of community. The Assemblage hosted events in its luxuriously-designed, plant-filled buildings that included cacao circles, workshops on remedial magic, alongside a regular rotation of meditation, yoga and breathwork classes.

As late as Sunday, its Instagram account was directing users to a class on “astro alchemy” over Zoom.

Assemblage’s “marketing language seems designed to appeal to those who attend Burning Man and the Daybreaker dance parties; who revere Alan Watts and Pema Chodron; who use words like ‘conscious’ and ‘transformational.’” the Times reported. The article noted that new Assemblage members would be given the option to invest in the buildings as well.

When offices in New York City were closed in March to stop the spread of the coronavirus, The Assemblage continued to charge members, and fired most of their staff, leaving members with no one to communicate with, according to the Assemblage member.