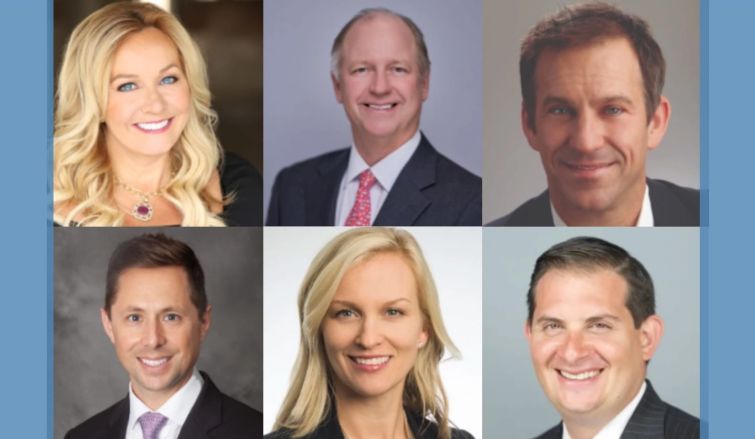 While the commercial real estate market has shifted heavily in favor of lenders in just a matter of a several weeks, many financiers find themselves aiming at moving targets in the sector while reshaping their businesses.

Investment sales activity has nearly grounded to a halt and hasn’t yet fully recovered, and it’s still early, so distressed loan sales haven’t fully materialized just yet either. With that, most lenders are finding comfort in following their existing borrowers into any new deals, while tracking broader capital markets developments from a secure vantage point.

“As transitional lenders, just given that the acquisition and investment sales markets drive a lot of our activity, there has been a slowdown there,” said Amherst Capital managing director and head of originations Abbe Franchot-Borok, who said most of the firm’s loan book is term financed in a CLO in which it is the servicer. “[In] the first six weeks of the pandemic, we and many of our competitors were playing defense and making sure we were focused on the existing portfolios.”

But as May progressed, Franchot-Borok said she began looking at other opportunities in the market, adding that the firm’s two focuses right now are originating new deals to its existing equity partners who are finding “interesting opportunities” and following loan portfolios that have been put on the market, “primarily driven by liquidity issues by other debt funds and we’re underwriting some of those and… we’ll see more opportunities in that space going forward.”

3650 REIT managing partner and co-founder Toby Cobb said his shop, unlike many of its peers, found itself in a “unique spot” and on its “front foot,” being that it hadn’t leveraged its portfolio against warehouse facilities. Most of today’s opportunities are liquidity driven, he said, buying from existing loan portfolios at below par and by financing the few acquisitions that are available today that previously had “timing hurdles for the buyer.”

Cobb added: “It provided an opportunity for us to get very attractive, conservative loans at rates that are 200 to 300 basis points wider than pre-COVID-19.” But “true” distressed opportunities aren’t yet available, he said.

Sotoloff said Mack has positioned itself as one who can remain “safe and secure” during a market such as this one, which somewhat mimics the financial crisis. The right assets, in the right markets, with the right sponsorship — “quality, commitment and reputation” — is how his group has maintained this posture. Above all, the basis at which it enters into a deal reigns supreme.

“As an organization, we [took a] very negative [approach to the end of the last cycle], and that served us well,” Sotoloff said. “In the past three or four months…we really took an inward focus. We’ve also been able to close with some key relationships some very good credits, with very different pricing and detachment points on assets that we think that at some point when come out of [this] — we don’t know where values, where cap rates or appraisals are today and for the best of us, transaction volumes are way down — that those assets will stand the test of time and those sponsors will show commitment over a long-term view. That has included some rescue opportunities in New York City on office [assets], believe it or not, where the sponsor needed the liquidity, and also some markets like Nashville…San Diego and San Jose.”

Memories are short in this business, Rose said, pointing to how many of the largest leveraged lenders had been desensitized to the risk surrounding their respective approaches, adding that the market has been thinned out as a result, and it’s important that these players diversify the way they finance themselves.

“We were frustrated later in the last cycle, to see the pressure on credit standards and structure,” Rose said. “In March, we were focused on keeping the deals we had in our pipeline together, while starting to re-underwrite the portfolio to make sure we knew what we had in this environment, and we closed [those]. We’ve since closed a handful of loans and just [last week], we signed up three new deals. The pace of activity is increasing. We’re seeing the same on our equity side. For almost two months, our equity pipeline was canceled entirely. We now have several deals going to the investment committee [this week, and it’s almost] all industrial and medical office so the box is smaller. And our box on the lending side is smaller [as well]… if we pick our spots carefully … [and remain] present in the market and have appropriate structure, that will pay off for us in the long run.”

“When this first started… everything just went silent and then you’d have a few people trickle in with deals who were really desperate and needed financing. A lot of that volume has picked up. We’ve seen a lot of construction, which is not surprising. The [ones] that have their entitlements and their contracts and they’re starting to get ready to build, they’re not really concerned that we’re in a recession or going into [one], because they’re looking [18 to 24 months ahead]…we deliver in two years and the world will be back to normal. We’re seeing a lot of construction.”

Jeffers added: “Now, we can dial back the leverage and we can increase the pricing and be a little more disciplined in our credit structure and get better loans and still be putting money out over time. So, the construction opportunities are pretty interesting.”

This panel discussion was shortened and condensed significantly for print and online publication. You can access a full, on-demand replay of the event here.