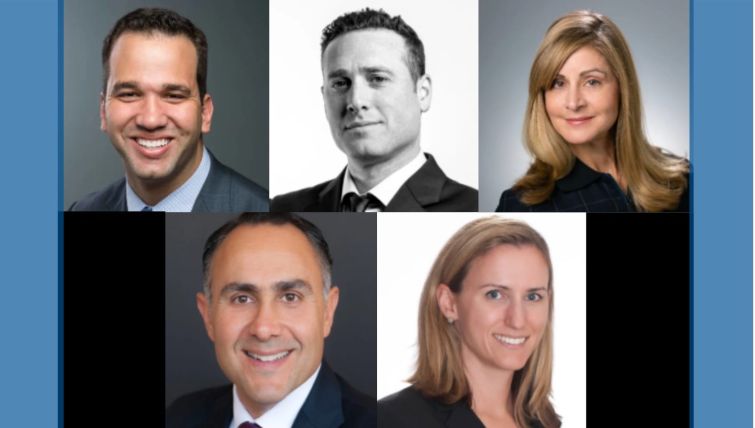 Frozen markets across the country have led to widened bid-ask spreads, and most assets that are hitting the market today are more than likely being traded out from under an umbrella of distress.

While many lenders are sticking with their institutional clients, looking to find deals that will “echo two or three years” from now, according to JLL’s Bill Fishel, borrowers need to be acutely aware of how their lenders finance themselves, according to Schiff, who pointed to leveraged lending shops financed via warehouse and short-term repo lines of credit — utilized to make loans at attractive price points — as those who might pose risks to borrowers looking to make plays in today’s market.

“Whatever you believed in February 2020 — whatever pricing was and whatever the leverage point was — we all know that April 2020 was an exact flip. We pushed the reset button and everything changed,” said Paul Rahimian, the CEO of Parkview Financial. “Lenders were out there trying to get deals and put money to work, pricing was coming down… and now overnight, pricing is being escalated. Now, 90 days into it, is a pricing bump of 200 to 300 basis points above what it was in February. We’re back to where it was in 2013 and 2014, right when we were coming out of the [2008 crisis].”

Schiff, Fishel and Rahimian spoke as part of a four-person panel discussion titled “The Shoe Has Dropped – Finding Opportunistic Strategies for Yield in a Volatile Market,’” the second of three virtual discussions that made up Commercial Observer’s 2nd Annual Los Angeles Spring Financing CRE Forum last Thursday. Joining them on the panel was Hodges Ward Elliott managing director and head of west coast originations Brett Katz and Robin Potts, the co-head of real estate investments and director of acquisitions at Canyon Partners Real Estate. Fishel moderated the panel.

Even with today’s uncertainty, Potts said that opportunity, “if you’re willing and able to devote time to putting capital out today has expanded significantly.” While the broader lender universe has contracted, Potts is seeing a “much wider set of opportunities that are interesting on the debt side … being a provider of liquidity, from a bridge [lending] or recap perspective, previously there would’ve been 20 quotes at LIBOR [plus] 200 or 300, [but] that doesn’t exist today.” She also said there are plenty of chances on the construction side at lower leverage, with very strong sponsorship, as well as in loan purchases, which is being driven by those leveraged lenders that are looking to generate liquidity to pay down their warehouse facilities. On the equity side, Potts said that spigot is taking longer to open due to the existing bid-ask spread, but she expects that might change in the second half of this year as the economy reopens and “people can really get a handle on [whether] they need to transact.”

Katz said the “borrower’s market” that existed pre-COVID-19 has since shifted into a story about the “haves and have nots.” For high-quality real estate backed by solid sponsors, “liquidity is not the issue and we are seeing plenty of people on the sidelines. There are players there…chomping at the bit to get back into the space; the banks are in certain asset classes and the debt funds [are waiting for their] leverage to return so they can be back in the space.”

This panel discussion was shortened and condensed significantly for print and online publication. You can access a full, on-demand replay of the event here.