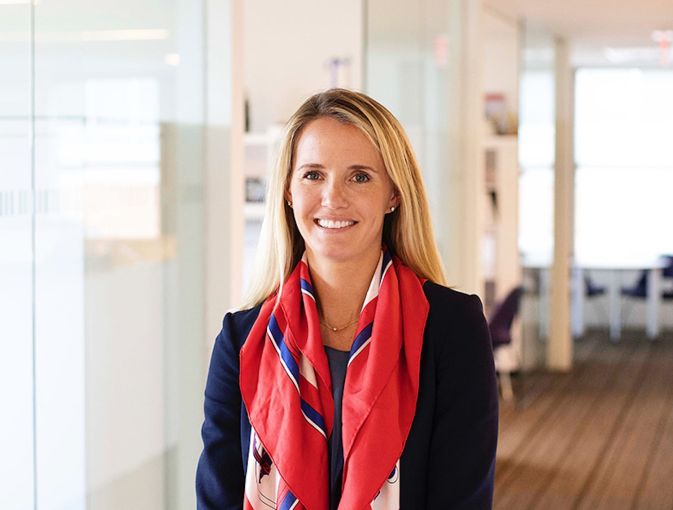 In her role, Leachman focuses on multifamily, office and mixed-use transactions and is responsible for the origination and closing of debt and equity placements. She’s also charged with overseeing the financial analysis, underwriting, and due diligence process for CBRE’s Mid-Atlantic Division.

“To me, this promotion is simply a reflection of the success of my team as a whole,” Leachman told Commercial Observer. “As the largest single finance team in the Mid-Atlantic region, our entire team has worked tirelessly (and many nights) to close countless transactions for our clients. This promotion embodies all that hard work and also reminds me that I have the opportunity to work on some of the most exciting real estate transactions in the region with some of the best clients.”

Since 2015, Leachman and her Debt & Structured Finance Group partners, David Webb and Justin Glasgow, have closed more than $14 billion in debt and equity transactions, representing the largest average annual volume ever for CBRE’s Mid-Atlantic Division.

Some of her most notable transactions include 1900 N Street in Washington, D.C.; 660 North Capitol Street in D.C.; The Boro mixed-use project in Tysons, Va.; and the Village at Leesburg Retail in Leesburg, Va.

“The D.C. market has proven to be resilient in past downturns and thus far, D.C. is showing a similar resiliency during this economic slowdown caused by COVID-19,” Leachman said. “Compared to other global gateway markets, Washington is seeing less severe losses of employment, particularly in office-using jobs, according to the latest data from the U.S. Bureau of Labor Statistics.”

While there are different variables to be considered in each market, Leachman noted the team is busier than ever, especially with transactions involving lesser-impacted asset types, such as multifamily transactions.

She also serves on CBRE’s National Capital Markets Advisory Board and was selected by Freddie Mac to represent CBRE nationally on the Freddie Mac Seller Servicer Advisory Council.