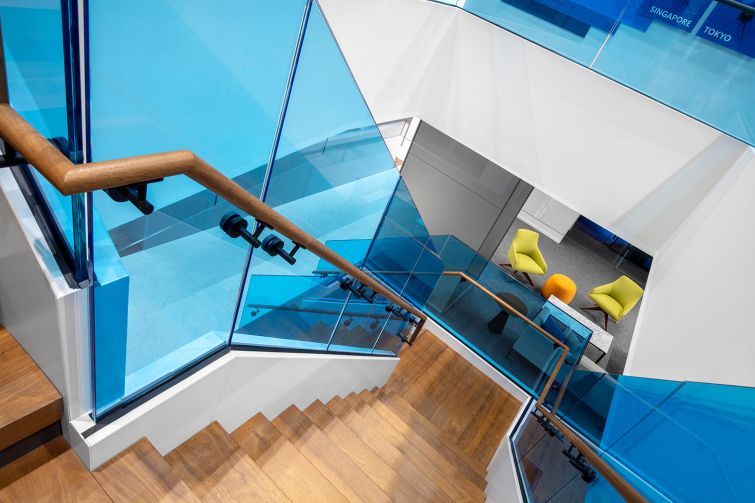 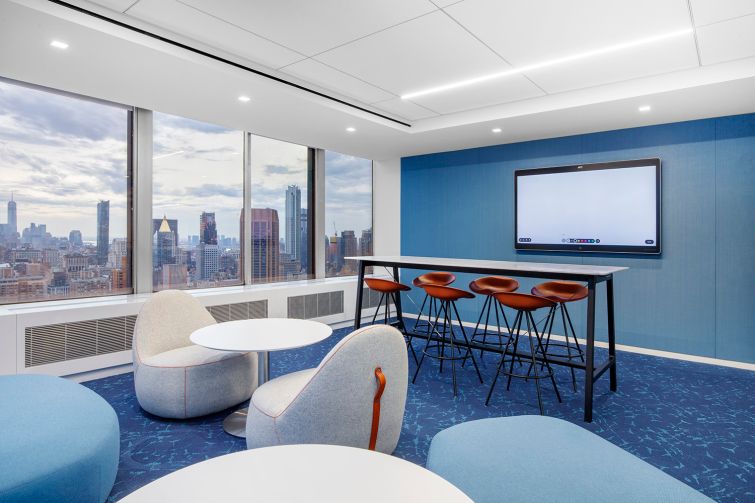 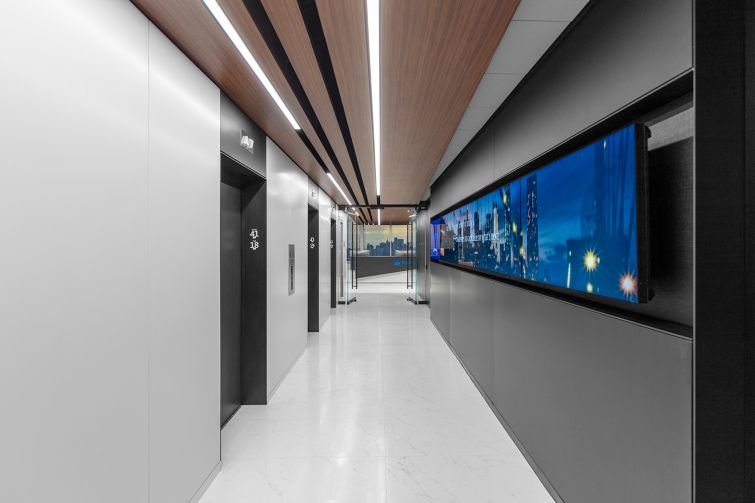 This wood-like paneling in the elevator lobby and reception area is in fact a silk screen applied to sheet rock. The architects used it to save money and trees. Image: TPG Architecture 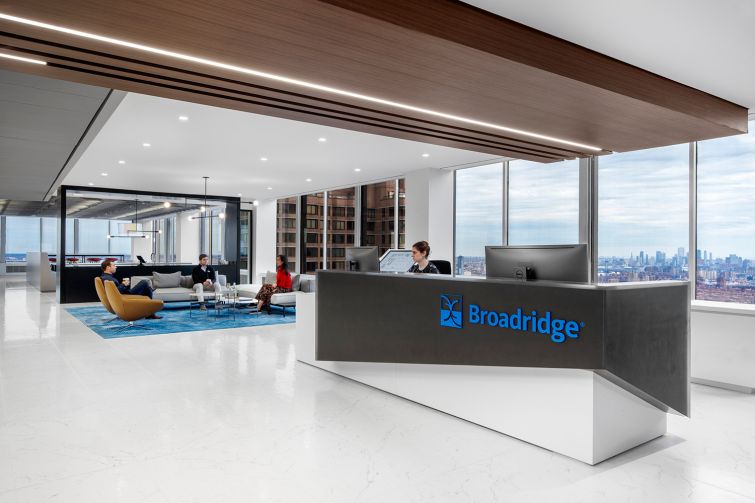 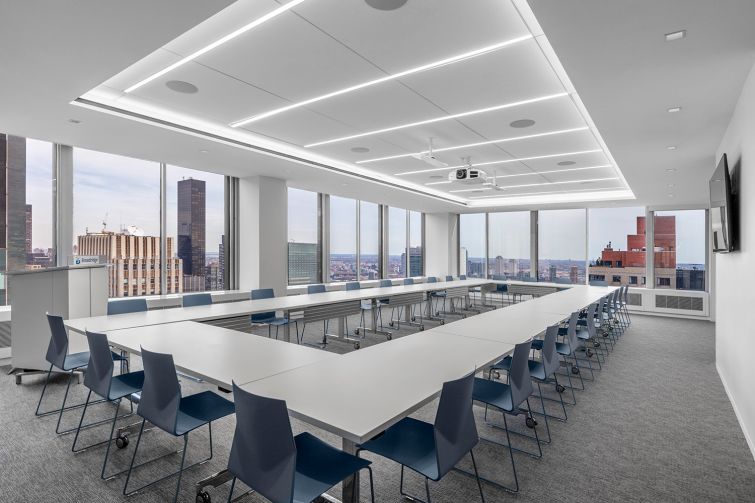 Large conference rooms can be divided with movable walls for smaller meetings and opened up for all-hands gatherings. Image: TPG Architecture 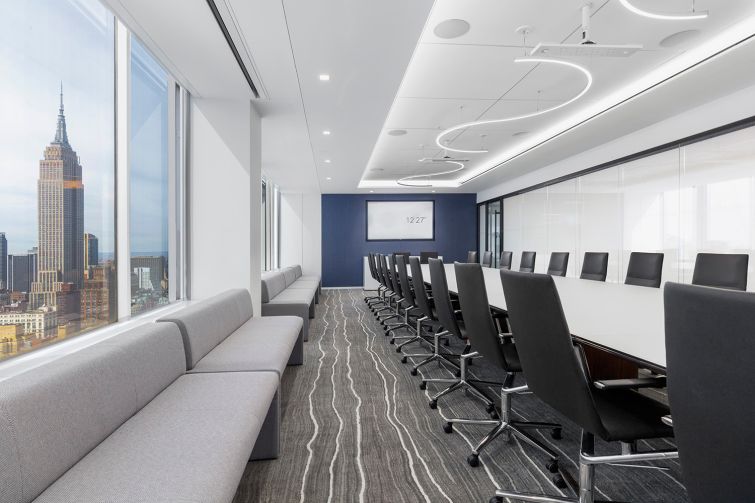 Another view of the main boardroom. Image: TPG Architecture
Previous Next

When fintech company Broadridge Financial Solutions decided to move to a bigger, better office up the block in Midtown South, the company knew it wanted an airy, open layout with colors that reflected its brand.

Broadridge, which provides tech platforms for investment managers, wanted to take advantage of the large windows and views from its new outpost on the 41st and 42nd floors. So it opted to outfit much of the space with glass walls, in order to let in more light and highlight the company’s transparency.

“We wanted to create a more open and collaborative space that would allow the clients to come in and use the space,” said TPG Architecture Partner Michel Fiechter.

The royal blue of the company’s logo appears throughout the office, most notably as a translucent blue wall that surrounds a floating staircase connecting the two floors. It also makes an appearance in a bright blue carpet in a casual lounge area, on the long bench seat in the cafeteria, and as accent walls and carpets in the conference rooms.

Working with what Fiechter called “an aggressive budget,” the designers were able to add more dramatic materials to the space without spending an exorbitant amount of money. A long piece of dark wood paneling on the ceiling in the reception area and elevator lobby is not wood at all but a silk screen applied to the sheet rock, and the white floor is a porcelain that mimics Calacatta marble.

Upstairs includes a large conference center that can be divided with movable walls, as well as executive offices and smaller meeting rooms. That floor was largely created for Summit Financial, a wealth management firm that Broadridge acquired in 2017.

And while the company didn’t plan for COVID-19, its space will adapt well to social distancing, said Fiechter. The seating is somewhat staggered, which will help keep employees apart, and the 400 Steelcase workstations have short dividing walls on three sides. Broadridge just moved into the new offices in January 2020. It will return its employees to work slowly, beginning with 20 percent of the workforce this summer.