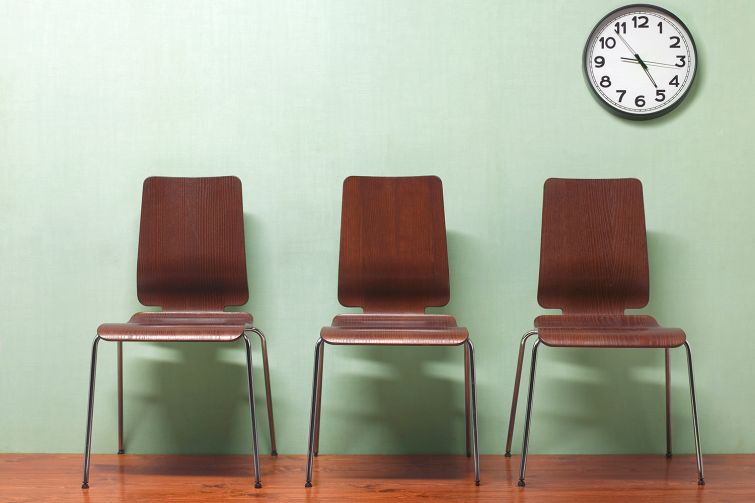 A plausible middle-of-the-road scenario for NYC's real estate industry after the coronavirus pandemic will still involve a slowdown and recovery period for the rest of 2020. Photo: Getty Images

Reopening New York City is a bit like spinning a roulette wheel. Another massive uptick in coronavirus cases will damage the economy more, but so will keeping the city closed for the foreseeable future. The real estate industry is waiting with baited breath to see how office leasing, investment sales, apartment leasing and development will play out in the wake of the pandemic and the lockdown.

The likely middle-of-the-road outcome probably involves a downturn in the city’s commercial real estate market. The real question is how severe and for how long.

“It’s more about how long it takes to get back to an equilibrium point,” said Steve Schlegel, the tri-state market director at JLL. “I believe the office leasing market will go back to what it was before the pandemic. Worst case scenario is it takes two years to get there, best case it takes six months.”

Paul Amrich, a vice chairman and office leasing broker at CBRE, feels that the office market could return to normal by the end of the year or in early 2021.

“Before, we had a lot of large tenants signaling the fall to the end of the year for reentry [to the office],” he said. “Now we’re hearing CEOs say, 5 percent of our staff could come back in July. We could see some occupancy after July 4, and as we move through the summer and fall, that percentage will increase. We’re going to see far more deal flow.”

He added, “One thing that has become more evident as the weeks that ticked by is that people need office space. If you moved to New York to work for a big tech company, you didn’t move here to work in your studio apartment, you moved here to work in those offices.”

Some companies are already mulling expansions. A major tech company recently approached him about leasing more space in New York City this fall, the broker said.

Asking rents for office space will drop, but it’s hard to say how much.

“We will see some impact on rents, but hopefully it’s less of an impact than we’ve seen in the past because of a better recovery time period,” said Amrich. “We’ll see some level of impact, but I think our view is it’s too early to say.”

A recent report from Newmark Knight Frank noted that “office lease deals are generally moving forward if the tenant has an inflexible move date. However, if the requirement is not driven by a near-term lease expiration, the deal is likely either on hold or progressing slowly. Asset owners eager to boost occupancy may find that those tenants are willing to engage at the right price, and that outreach now can fill a void in the market.”

The outlook for retail is much more unclear. Retail rents were already down in 12 of Manhattan’s 20 major retail corridors before the coronavirus struck New York City, per NKF, and they will surely continue to fall as retailers struggle to reopen and attract customers this summer. Some experts estimate that 20 percent of small businesses may close as a result of the pandemic. Even before the coronavirus overwhelmed the U.S., the Federal Reserve Bank of New York found that only one in five financially healthy small businesses could weather a two-month loss in revenue and continue operations.

The construction industry in New York City faces a similarly tenuous future, at least in the near term. Forty-six percent of construction companies estimate that their recovery will take three months or longer, according to a newly released survey from the New York Building Congress. More than a third of contracting companies have laid off workers, while 63 percent have furloughed employees.

Gov. Andrew Cuomo, for his part, thinks his administration can “supercharge” the New York economy by pushing through federal approval and funding for massive infrastructure projects, like the Gateway cross-Hudson tunnel project, the second phase of the Second Avenue Subway, the AirTrain to LaGuardia Airport and the renovation of Penn Station. That would help prop up the city’s construction industry, tax revenue and employment numbers somewhat. But it still relies on Congress and the Trump administration to fund big-ticket items, even after legislators gave New York $64 billion in coronavirus aid in the most recent federal relief bill.

One of the biggest open questions involves tenant relief, for both businesses and residential tenants. The governor recently announced a $100 million state loan program that would provide “flexible and affordable loans” for small businesses impacted by COVID-19, with a particular focus on minority- and women-owned businesses. However, that may not provide much relief to businesses struggling with their rent over the next several months. Retailers have been particularly hard hit, after being forced to close in late March due to the state’s lockdown measures. They are in phase two of the state’s reopening plan, which may not take effect until July. Gov. Cuomo predicts that New York City — the last region of the state to reopen and the one hit hardest by the coronavirus outbreak — will start the first phase of reopening on June 8. In order to reopen, the city has to meet certain benchmarks, including a two-week decline in hospitalizations and hospital deaths, having at least 30 percent of hospital and ICU beds available, and administering a certain number of COVID-19 tests per day.

The state legislature also just passed a residential rent relief bill that would offer $100 million worth of rent vouchers to New Yorkers who lost income due to coronavirus and earn less than 80 percent of the area median income (which is $63,680 for a single person and $90,960 for a family of four). The vouchers would be paid to landlords and cover the gap between a tenant’s pre-COVID rent burden and their new rent burden, up to 125 percent of fair market rent, which is determined on a county level by the federal Department of Housing and Urban Development. (For example, the fair market rent for a studio in the New York metro area is $1,714.)

New York may need to follow the path of other cities and allow its residential and commercial tenants several months to pay back lost rent without risking eviction. The state recently extended the March eviction moratorium through June 20 for all tenants and through August 20 for tenants who qualify for unemployment benefits or are experiencing financial hardship because of COVID-19. But many tenants will need more time to pay back rent lost during the spring and summer when they couldn’t work.

“I think a reasonable resolution to all of this, if it’s viable, is a scenario where if people get time to get finances in order because of this particular circumstance,” said Luise Barrack, a real estate attorney at Rosenberg & Estis. “A lot of individuals and businesses are going to suffer. The question is, does one group bear it? Owners are going to have to bear this loss, and I don’t think that’s a fair or middle of the road position at all.”

One member of the State Assembly pitched an amendment to the rent relief bill that would give landlords a tax credit to cover lost rental income, but the measure failed. An optimistic scenario would involve legally mandated mortgage forgiveness, tax credits or grants to cover lost rental income for multifamily and commercial landlords, but that may not be in the cards. Realistically, that help may not be coming, or it may come in the form of a policy that only helps a small sector of the market.

At minimum, Barrack said some landlords may need help with their real estate taxes.

“We have to figure out a middle ground that’s going to work and allow businesses to open and not put people at risk, and take businesses that were hurt by this and give them some time to get back on their feet,” she explained. “And give owners the monies that they need to pay real estate taxes.”

While the state sorts out policy solutions and landlords negotiate with lenders, the investment sales market will likely stay frozen for the next few months, market watchers said.

“I think overall trades are going to be down, for multifamily, office and retail,” said Andrew Sasson, an investment sales broker and managing director at Ackman-Ziff. “We’re still in that initial 90-day grace period where most borrowers and lenders are trying to work things out. We don’t think the opportunities are going to come up until the second wave of 90 days.”

Sales for office buildings will struggle, and retail may be underwritten at less than half its value, he predicted.

“Is retail being marked down to zero, to 20 percent, to 50 percent?” he asked. “Some buyers are going to say, ‘I’m valuing that $300,000 in retail income at zero or 50 cents on the dollar.’ And how do you underwrite office rents if 50 percent of the workforce is working from home? That’s going to cause office sales to decline.”

Sasson predicted that sales would start picking up in the fall, after landlords have run out the clock on their mortgage forbearance and are struggling with vacancies and debt. Those sales, however, likely won’t close until the first quarter of 2021.

“I think the next nine months we’re going to see the biggest slowdown in transactions we’ve seen in awhile,” Sasson noted. “But I think the upswing is going to be huge.”