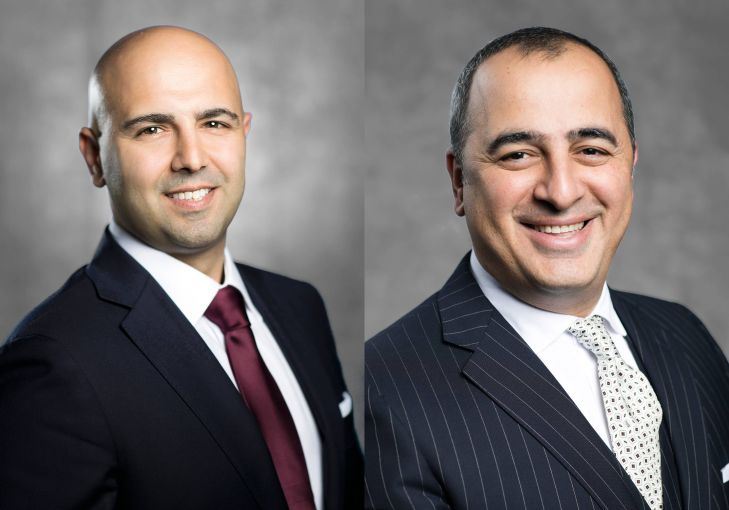 The firm, which launched prior to the coronavirus outbreak, has hired six brokers so far. It’s looking to hire another four by June.

The two principles carved up the city into 14 regional areas, and hope to have a dedicated broker for each, who will be knowledgeable about the specifics of the area’s zoning, Isak said.

The regional approach is taken from the Massey Knakal playbook. “We like the system that Massey created; we value having a broker with local knowledge,” Kimyagarov said.

The advisory firm currently has 16 listings, including a five-story warehouse at 2403 Third Avenue, along the Harlem River waterfront in Mott Haven, and a commercial building at 2108 Third Avenue in Harlem, which comes with 56,272 square feet of unused air rights and is available for sale or ground lease.

Because of the complexity of New York City’s zoning rules, the firm has an in-house architect who will help advise the brokers on what the envelope of each property can hold under different zoning scenarios. The firm also produces a due diligence package for each property, which includes drone tours, comparables, and a zoning playbook, to help potential buyers understand their development options. “We spend up to $10,000 on every listing, for the owners, and for developers who are trying to purchase,” Isak said.

Despite the uncertainty in the market in the wake of the coronavirus crisis, both Kimyagarov and Isak were confident that their services would be needed. “The development market is going to be the most active asset class in New York City,” Kimyagarov said. “The most logical purchase [right now] should be land, because you’re not being worried about not getting paid, and the taxes are relatively low.”

And the development timeline has a long enough horizon that developers can think ahead. “Developers have to be optimistic,” Isak said. “Since you’re buying land now but it’s not going to be a finished project until two, three, four years down the road,” Isak said.