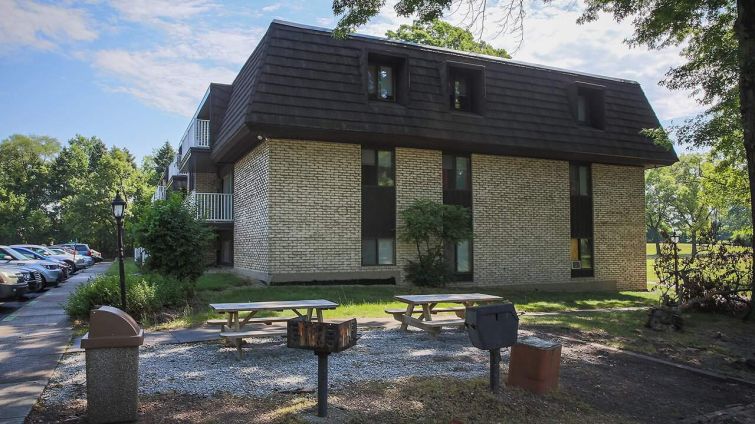 A shot of one of the buildings at Tanglewood Apartments. Courtesy: Greystone

Bayshore Properties has nabbed $27.6 million in Freddie Mac-insured debt originated by Greystone to fund its purchase of an apartment complex in Hammond, Ind., Commercial Observer has learned.

The 10-year Freddie “Green Up” loan includes interest only payments for the first two years and is on a 30-year amortization schedule, Greystone said. Bayshore used the loan for its $33.5 million buy of Tanglewood Apartments, which is located within the Gary, Ind. metropolitan area, just over a half hour drive from downtown Chicago. The loan closed on May 5, Greystone confirmed.

“Given the current market conditions, higher debt leverage such as on this transaction — at nearly 80 percent — is harder to achieve,” Rosenstock said in a prepared statement. “We worked closely with Freddie Mac’s team and the borrower to get everyone comfortable with the strong underwriting presented, available liquidity and necessary reserves.”

Built in 1972, Tanglewood — situated on 20 acres at 2217 Tanglewood Drive in Hammond — features 384 units across 16 three-story, garden-style buildings. Amenities at the complex include a clubhouse, a pool and sundeck, a fitness center, picnic areas and private, assigned garage parking.

“Overall, with the Freddie Mac Green Up improvements [that are planned], the property will ultimately be more efficient and provide savings to the tenants,” Nick Kozul, a principal at Bayshore, said in prepared remarks. The improvements planned include bathroom upgrades and hot water piping insulation. According to Greystone, the work will result in 17 percent and 13.5 percent increases in energy and water savings and will cost just $183,038, or $477 per unit.

Current monthly rents at the location range from $765 for one-bedrooms to nearly $1,000 for two-bedroom units, according to listings on Apartments.com.