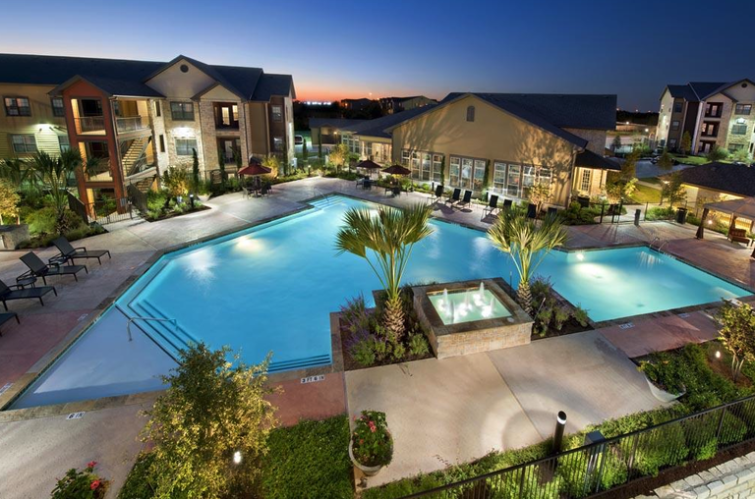 The loan was provided under the HUD Federal Housing Administration Section 223(f) program — which offers competitive rates against other agency products and covers acquisitions and refinancings — and it included a green mortgage insurance premium (MIP) rate of just 0.25 percent due to the property’s status as being energy efficient or “green,” as deemed by HUD, according to Dwight officials.

The mortgage closed on April 22 and was one of a series of deals totaling nearly $230 million that Dwight originated that month, as per information released from the lender.

Built in 2010, Oxford at Tech Ridge is a garden-style community that sits on 14.5 acres at 305 East Yager Lane in Austin. It comprises 11 three-story apartment buildings and 256 residences, and it has a clubhouse and offers 12 detached and attached car garages for its residents.

The site also offers a pool with cabanas, a fitness center, an indoor aerobics and yoga studio, an indoor basketball court, a business center and a dog park, according to information from the property’s website.

Monthly rents currently range from just under $1,000 for one-bedrooms to around $1,500 for two-bedroom units, as per the property’s website.

As part of it’s active lending campaign in April, while the industry was in the eye of the pandemic, Dwight Capital also provided a $20.7 million HUD FHA section 223(f) refinance on Whipple Creek Village Apartments at 2019 NE 179th Street in Ridgefield, Wa. in a deal that closed on April 30. Keith Hoffman, an executive vice president at Dwight, originated the loan on the 114-unit rental community, which is situated on 12.7 acres.