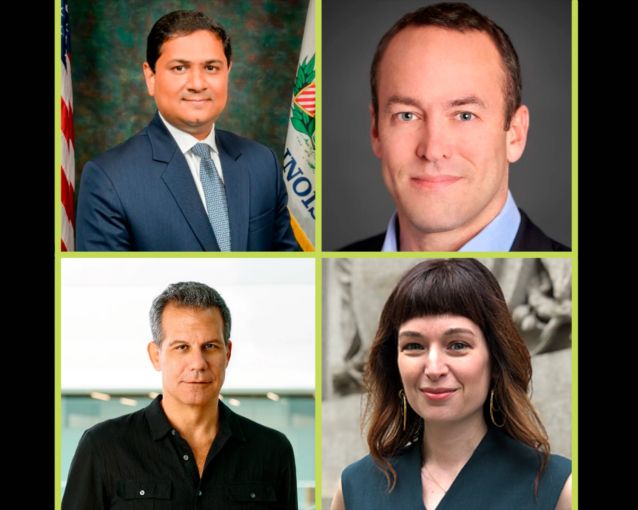 Small business relief and innovative employment programs should be at the top of the city’s list of policy priorities for economic recovery efforts in the wake of the coronavirus pandemic, panelists said during Thursday’s Commercial Observer Tenant Talks broadcast, “Phoenix Rising: Rebuilding New York in a Post COVID World.”

“The crisis has exacerbated some of the social and economic inequality that hasn’t been laid bare like this in decades,” said Rebecca Karp, who runs her own urban planning consulting firm, Karp Strategies. “We need grants or forgivable loans for businesses that are unable to operate right now. What happens when businesses can only operate at 20 to 50 percent occupancy? That’s unsustainable. Some of them may never reopen. It comes back to straight up relief for business right now.”

Winston Fisher, who is a partner in his family’s real estate business, Fisher Brothers, said that small- and medium-sized businesses need significantly more access to credit if they are going to survive this tumultuous year.

“It’s not just mom and pops, it’s a 50-person architecture firm” that needs access to lines of credit, he said.

Karp mentioned that she had been in the midst of applying for a new line of credit for her business that suddenly dried up when the coronavirus devastated New York City. Her bank informed her that all of its assets and resources were now tied up in administering loans for the federal Payment Protection Program.

The panel also acknowledged that the city would no doubt have to make due with a lot less, thanks to a massive projected tax shortfall due to the crisis.

Richard Florida, who founded an urban planning consultancy, Creative Class Group, and teaches at the University of Toronto, pitched the idea of employing artists and musicians by creating a city-run platform that organizes performances on street corners throughout the city. He noted that it would not only provide employment but entertainment for New Yorkers starved for things to do.

He added that he couldn’t imagine universities reopening in the city in the fall.

“I’ve lived in NYU housing; I know how crowded those elevators can be,” Florida said. “Let’s engage those kids in the rebuilding of the city, an Americorps for New York City.”

Hardik Bhatt, who heads the digital government arm of Amazon Web Services, noted that the city and state could be fast-tracking the processing of their small business relief and unemployment claims by adding an artificially intelligent, automated phone system.

“If you’re getting 35,000 calls and 96 percent of them can be handled without speaking to someone, that’s a huge boost in productivity,” said Bhatt.

Still, all four panelists remained bullish on the long term prospects of the city, even as they acknowledged, as Florida said, that young couples with children were starting to move to the suburbs and, as Fisher noted, rents would certainly drop.

Florida argued that the city needed to market itself better to families if it wanted to survive.

“The city has marketed itself as a luxury destination for wealthy people from other places,” said the CityLab founder. “Most people buying in Lower Manhattan are in their 60s.”

The city has a large, aging population, but it’s a particularly difficult place to grow old, particularly for people with mobility issues, the panelists pointed out.

“New York is a terrible place to die,” said Fisher. “People shouldn’t be afraid to grow old here, to die here, for tax reasons and other reasons.”

“The ULURP process is slow and antiquated,” said Fisher. “We’re building something in Manchester, England, and they don’t ask about the zoning, they ask, ‘Is this good for the city, how will this help the city?’ Rents won’t come down if you can’t build more in the right places.”