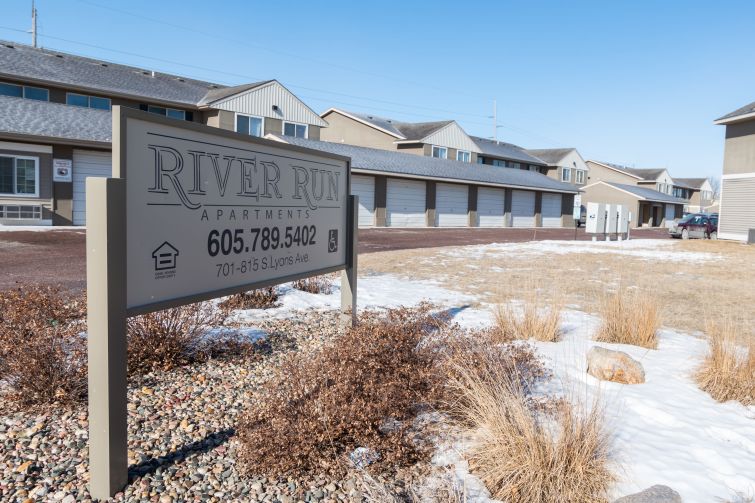 River Run apartments, one of the portfolio assets. Credit: ArborCrowd

A little more than a year after making its investment in the property, ArborCrowd — part of the Arbor family of companies, which also includes Arbor Realty Trust — has exited its position in a 707-unit multifamily portfolio in Sioux Falls, S.D., Commercial Observer has learned.

As previously reported by CO, ArborCrowd invested in the deal in March 2019. The deal had a total capitalization of $50.1 million at the time, with Arbor Commercial Mortgage providing a $37.5 million loan in the transaction, ArborCrowd raising roughly $3.2 million from investors and owner Tzadik Management providing the remainder in equity.

The Sioux Falls Multifamily Portfolio is a collection of 18 Class-B apartment communities in Sioux Falls. Affiliates of Tzadik Management acquired the portfolio—which accounts for 4 percent of the Sioux Falls market—in October 2018.

“We were excited to enter the transaction and the co-investment was strong,” Adam Kauman, co-founder of ArborCrowd told CO. “Fast forward to today, actually just prior to COVID, we had a discussion with the sponsor and learned the direction of the business plan was going to change; the sponsor intended to sell off some of the property in the portfolio and also seek new financing. We felt the revised business plan was too different from what we bought into.”

Kaufman continued to say that while the crowdfunding platform doesn’t get involved in the day-to-day operations of the properties it invests in, what it does negotiate is the ability to reject or accept the direction of a sponsor’s business plan, including new financing, “and we felt the new strategy was just too different,” Kaufman said.

The exact nature of the new financing is still being ironed out, but the sponsor was seeking to secure new permanent financing, Kaufman said.

ArborCrowd negotiated an exit —in a move that was mutually agreed upon with Tzadik Management  — with a positive return to its investors, selling its interest in the deal back to the sponsor so it would have the flexibility to do what it wanted going forward.

The investment opportunity initially appealed to ArborCrowd as the Sioux Falls market hadn’t yet been broached by more institutional buyers or operators, plus it had performed well in prior recessions and had strong population and job growth. The investment had a targeted internal rate of return of 12 to 14 percent over a three- to five-year hold period.

ArborCrowd has taken a pause in bringing new deals to the market given the current market uncertainty. “We hope that when things settle we’re able to launch the deals we have put on hold and investors come back to the platform,” Kaufman said.