Trump’s Manhattan Hotel Lays Off 70 Workers Due to Coronavirus 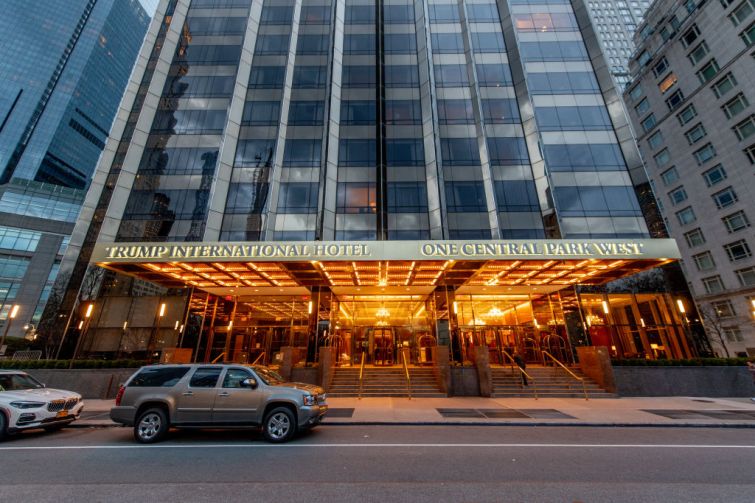 The Trump International Hotel & Tower on the Upper West Side has temporarily laid off 70 workers due the coronavirus pandemic which has obliterated travel and left city hotel owners expecting to lose millions of dollars in room revenues, state records show.

The cuts at the 1 Central Park West hotel — managed by the Trump Organization, which owns a stake in the property — took effect on March 23 and were made public today on the state’s Worker Adjustment and Retraining Notification (WARN) Act notices, The Real Deal first reported.

A spokesperson for the Trump Organization, founded by President Donald Trump’s family in 1923, did not immediately respond to a request for comment.

It’s unclear how much of the staff in Trump’s Upper West Side hotel were affected by the layoffs, but a notice on its website said the property has temporarily closed its restaurants, fitness center, pool and spa.

The spread of the coronavirus has caused the cessation of travel around the world and emptied hotel rooms. A report from Newmark Knight Frank showed there was a 24 percent decrease in occupancy rates and a 33 percent decline in revenue per room from March 8 to 14.

Hotels in the city were expecting to lose $260 million in revenue just for the first three weeks of March and around 95 percent of hotel workers are likely to lose their jobs in that time, as Commercial Observer previously reported.

Institutions like The Plaza Hotel, The Carlyle and The Greenwich Hotel have also cut hundreds of jobs in the city. The Trump Organization previously filed a WARN Act last month when it laid off 49 employees who worked at the Trump Golf Links at Ferry Point in the Bronx, which was built by the city and operated by Trump, state records show.