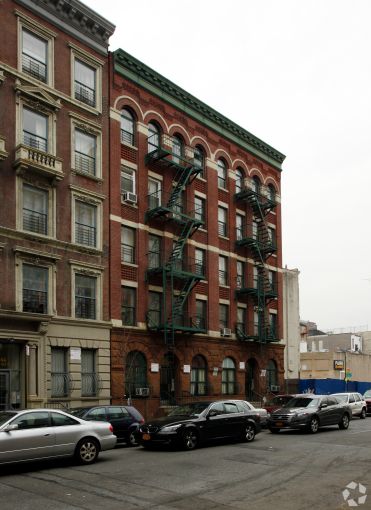 This fresh, fixed-rate debt took out approximately $22 million in acquisition financing from Signature Bank that was used by Novel in the summer 2015 to fund its roughly $35 million purchase of an 11 property bundle, according to city records (only nine assets within this deal were listed in records as part of that 2015 sale). It acquired those properties from Teaneck, N.J.-based Treetop Development at a 4.5 percent cap rate, which pegged the net operating income at just under $1.6 million, according to data from CoStar Group.

Walker & Dunlop’s (W&D) New York capital markets debt and equity advisory team, led by Aaron Appel, Keith Kurland and Jonathan and Adam Schwartz, along with Jackson Sastri and Michael Ianno, arranged the transaction on behalf of the borrower. PincusCo Media reported the loan earlier this month. The deal wrapped and was recorded publicly near the end of March, a sign that while pressure on the commercial mortgage markets was intensifying, debt providers of Ladder’s profile were finding ways to tie the knot on some transactions.

The portfolio features more than 105,000 square feet of residential space and 132 units across its 11 buildings, with an average unit size of 794 square feet, sources confirmed. Seven of the assets are situated along West 122nd Street in Harlem, while the others are at 222 St. Nicholas Avenue, 2268 and 2500 Frederick Douglass Boulevard and 262 West 115th Street. Of its 132 units, it includes a mix of studio, one-, two-, three-, and four-bedroom affordable and market-rate units that are nearly fully occupied at 98 percent, according to CoStar estimates. The largest of the buildings in the portfolio is the 18-unit, nearly 18,000-square-foot 260-262 West 122nd Street that was built in 1910.

A representative for Ladder Capital did not immediately respond to an inquiry. Novel, which is a joint venture between the founders of BCB Property Management and Excelsior Equities, Bennat Berger and Andrew Miller, respectively, could not be reached.

As per its website, Novel is actively seeking out acquisition opportunities on “well-located,” value-add multifamily, mixed-use, retail and office assets across New York City, Long Island and New Jersey, with a dollar threshold of between $10 million and $250 million.