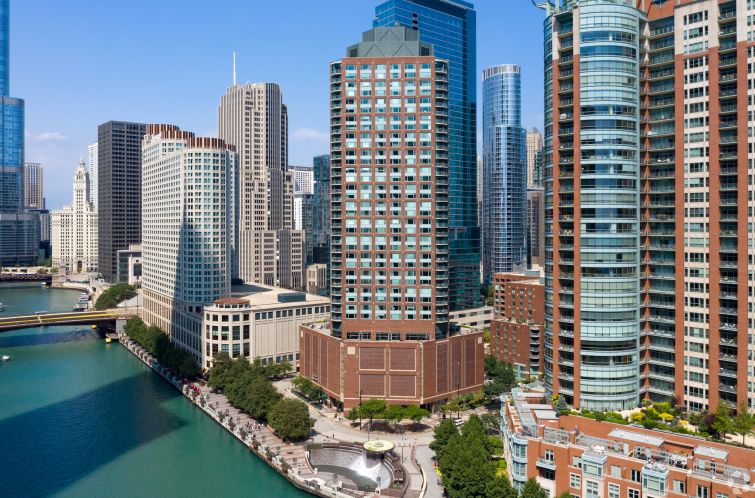 The five-year, fixed-rate debt from NKF’s agency lending platform helped facilitate the borrowing partnership’s $154 million purchase of Cityfront Place at 400 North McClurg Court in the Streeterville neighborhood of Chicago, just steps from the banks of Lake Michigan, according to sources with knowledge of the deal. The duo bought the asset from German asset manager DWS, an affiliate of Deutsche Bank, in a deal that closed on April 1, amid an ever-evolving and turbulent market environment reeling from the fallout of the novel coronavirus outbreak.

NKF’s Henry Stimler and Charles Han worked alongside the firm’s Matt Mense and Dan Sarsfield in sourcing Mirae Asset Daewoo as a joint venture partner for SPNA, marking the first time a South Korean investment firm has dabbled in the U.S. multifamily market, sources confirmed. The team then advised the buyers on the sale and arranged and originated the agency mortgage, which includes interest-only payments at a rate of 3 percent for the life of the loan.

“This was incredibly hard,” Stimler told CO. “The deal was touch and go until the final day. On the debt side, Freddie Mac prides itself on being there even in times of great uncertainty, so we were rock solid on the debt. On the equity side, we provided a mountain of data showing that multifamily is always going to be a good bet. While we may have a few rocky months, this property would perform in the long run and be a great investment over the hold period.”

The sale of the 39-story rental high-rise moved quickly. On February 11, Crain’s Chicago Business reported that DWS had hired CBRE to market it for sale as a “value-add” investment almost a decade after it paid $107 million for the asset in 2011. A source told Crain’s at the time that DWS had a $160 million price tag on the property.

An influx of multifamily supply in Chicago over the last few years and a concern about rising property taxes has softened investor demand and has somewhat stifled a previously robust growth in values of apartment buildings in the city, as per the Crain’s report. DWS’s $160 million asking price, if it had stuck, would have been the fourth-largest apartment sale in the greater Chicago area in the last two years, as per Crain’s report, which cited data from Real Capital Analytics.

“This transaction is an important victory for the new joint venture given the property’s planned high-quality improvements and its coveted location near potential employers, neighborhood amenities and landmarks,” Han said in prepared remarks. “The timing for the purchase is incredibly fortunate for the new partnership as we were able to secure exceptionally favorable debt terms for this coveted multifamily investment.”

Built in 1991, Cityfront Place comprises 480 units, located right along the start of the iconic Chicago River that runs through the middle of the city. It’s location puts it near a health care outlet in the Northwestern Memorial Hospital, and the asset is surrounded by other demand drivers like museums, scenic areas and park spaces, movie theaters and grocery stores, among other offerings that are more than likely closed or remain in limbo due to COVID-19 safety measures. It’s also about two blocks away from NBC Studios at 455 Cityfront Plaza Drive, an example that supports what sources mentioned was a strong local workforce in the area that has driven Cityfront Place’s historically high occupancy rate. It is also just a few blocks away from the Grand red line metro station.

The joint venture is planning a handful of renovations and upgrades to the property, and it has tapped Dallas-based Lincoln Property Company for property management services. DWS had previously made some upgrades to it between 2011 and 2012, according to a CBRE marketing brochure cited by Crain’s in February.

Cityfront Place features studios and one- and two-bedroom apartments. Monthly rents range from around $1,835 for studios to $3,357 for a 1,168-square-foot two-bedroom unit, according to rental information from Lincoln Property Company’s website.

An official at SPNA was not immediately available to respond to an inquiry. Mirae Asset Daewoo could not be reached.