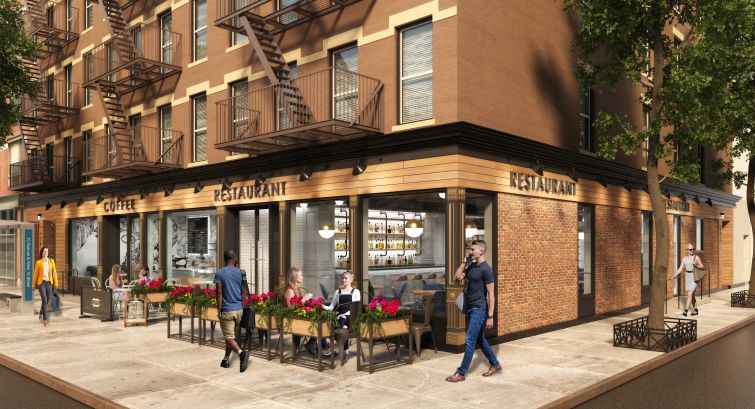 Hidrock Properties has landed $26.5 million in debt from Ladder Capital to refinance a three-building mixed-use, multifamily assemblage located in the West Chelsea section of Manhattan.

The floating-rate financing took out roughly $22 million in existing debt from Signature Bank that was provided in the spring 2015 to help facilitate Hidrock’s $35 million purchase of the asset from a private investor, according to city records and data from CoStar Group. The deal will also fund renovation costs and charges incurred to lease-up the property’s ground-floor retail space, sources said. The mortgage was recorded on March 11, in the earliest stages of the COVID-19 outbreak, showing that many lenders were still finding ways to get deals across the finish line.

Originally built in 1900, the 26,000-square-foot asset is located at 146-150 10th Avenue in West Chelsea and features three, five-story walk-up apartment buildings comprising 48 rental units; 20 percent of the 48 units within the assemblage are rent-regulated, as per CoStar data. It also sports nearly 7,800 total square feet within two retail boxes, including cellar space, and 5,000 square feet of that is usable street-level retail space, with frontage along 10th Avenue and West 19th Street, according to listing information on Newmark Knight Frank Retail’s website. One box used to be home to a restaurant, The Fillmore Room, which has closed.

Hidrock has been in the midst of a repositioning campaign to upgrade the asset’s residential and retail portions to deliver a “best-in-class mixed-use asset in one of Manhattan’s hottest residential areas,” sources said.

Hidrock’s work will include the addition of new ground-floor structural joists and a subfloor as well as new gas, water and electric services, according to Newmark Knight Frank Retail’s website. The firm will also white box the retail space and add a new retail storefront, and it will also add new skylights to the largest of the two retail boxes, which spans nearly 4,000 square feet, as per Newmark. The retail boxes can also be combined.