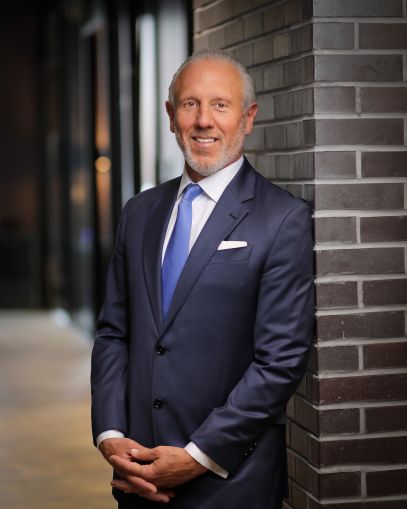 DC2021, a newly formed advocacy group founded by prominent D.C. developer Monty Hoffman and comprised of some of Washington, D.C.’s top business people, is seeking tax relief from district lawmakers as it fights for the area’s restaurants, retailers, hotels, and sports, arts, and entertainment venues.

The coalition, which represents the interests of more than 10,000 D.C.-based businesses and more than 170,000 employees of these businesses, spoke with the D.C. Council last week and detailed the need for help as 60,000 jobs have been lost since the COVID-19 pandemic began.

“The genesis behind this was a conversation I had with [City Partners’ Founder and Managing Member] Geoffrey Griffis a few weeks ago, and we recognized that the whole city was really overwhelmed with the coronavirus and just beginning to isolate in a big way,” Hoffman, Hoffman & Associates’ founder and chairman, told Commercial Observer. “It was clear that the restaurants, hotels and entertainment venues were going to be disproportionally harmed by this epidemic.”

The two looked at what they could do in the private sector to work with local government on how best to get through this.

“It wouldn’t feel responsible to just sit back and let things happen,” Hoffman said. “We reached out to a network of businesses in the city that could contribute money and resources to create this mission.”

The advocacy group shared with the D.C. Council its view on what it will take to restore employment, the tax base, and way of life that D.C. residents and visitors experienced before the pandemic.

The DC2021 COVID Impact & Recovery Plan outlines the actions and immediate assistance needed to protect and restart the economic infrastructure that drives approximately 30 percent of the city’s economy and represents 30 percent of local tax revenue.

“We recognize the city is in stress. We’re not just asking for a handout for those businesses,” Hoffman said. “What we’re saying and doing is helping the city get its fair share from the federal government. We’re lobbying on the federal level and working with Congresswoman Eleanor Holmes Norton on this to ensure that the city gets its $1.25 billion, which would be a state category, which Congress didn’t provide on the first bill.”

The name DC2021 was derived from a time back in 1995 when the city was in receivership and several businesses came together and called themselves DC2000. Hoffman explained that was another case of the private sector working with city officials to move forward, and it was highly successful.

“The membership for DC2021 grew faster than I expected and it’s not for developers or office buildings of apartments; it’s not even for grocery stores or drug stores — it is for these public gathering businesses,” Hoffman said. “The further we looked into it, the more it underscored the need to protect it, as this compilation of business is about $2.7 billion of taxes to the city and provides about 172,000 jobs — most that can’t telecommute.”

Therefore, it’s imperative that a way is found to “keep the heartbeat” of these businesses going, he added.

“It’s not about profits, it’s about sustaining these businesses through the storm,” Hoffman said. “That is our number one concern. The jobs they provided have been decimated. In 30 days (from March 15 to April 16), 67,000 people lost their job and that’s [increasing].”

Part of the solution is having the market come back, but that obviously can’t be done until it’s safe. Even if the government lifts the stay-at-home order on May 15, Hoffman notes there’s not going to be a “switch,” where everyone just returns to life as normal.

“It’s going to be an incremental pace and that will be slow,” he said. “My concern is that the period of time until a vaccine is disseminated and people are no longer at risk, could be a year to 18 months yet; it could be longer. And that’s too long for these businesses to sustain themselves. We need to work with the city on an aggressive, comprehensive testing and contact tracing program. That’s the only way we can open up the market in a safe manner.”

DC2021 is looking to work with the city on making it easy-access to free testing in all eight Wards and nearby Northern Virginia and Maryland counties.

“We want to open up the market sooner than maybe naturally would occur by utilizing our network working side-by-side with the city,” Hoffman said. “It will make our area healthier, it will help the quality of life for all of us, and it will help these businesses.”