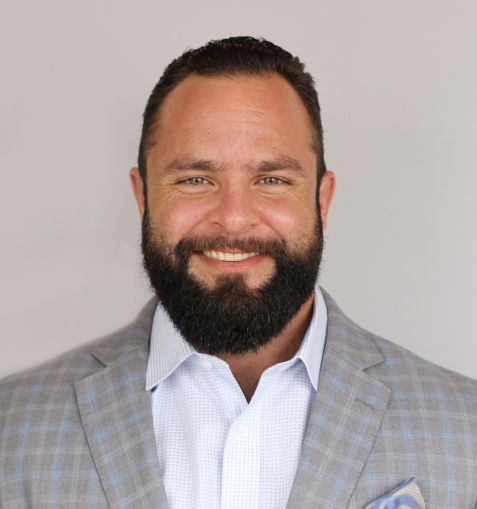 With the coronavirus pandemic on everyone’s mind, there are a lot of questions that people have about what’s to come. For those in the real estate industry, factors such as unemployment, public safety and economic concerns are steadily creeping into everyday discussions.

David Bitner, vice president and Americas head of capital markets research for Cushman & Wakefield, spoke to Commercial Observer about what might be ahead for the national office market, as well as locally in Washington, D.C.

Commercial Observer: If the pandemic causes a recession, what has history taught us about how that would impact the D.C. office market?

David Bitner: From past experience, D.C. has done reasonably well in recessions because, if anything, the Federal government becomes [busier]. Lobbyists aren’t being laid off when fiscal passages are being debated. Defense spending doesn’t tend to go down either. A lot of sectors tend to get, if anything, more money.

But this is not heading towards a “normal” recession.

Yes, the problem in this cycle is that people can’t leave their houses. At least when you’re thinking about things like retail properties and hospitality, they’re still insulated to a greater degree than they might have been in a normal cycle. I don’t expect defense firms and government agencies to be laying anyone off … That’s positive in terms of them being able to pay their rent. I still think D.C. will end up being one of the “safer ships in the storm,” but certainly, more impacted than it has been in prior recessions from a total economy and total real estate basis.

As it stands now, what has been the early impact on office real estate?

Right now, it’s really too early to talk about any impact to office fundamentals. Real estate fundamentals lag overall economic activity. Obviously, we have every reason to believe we’re already in a recessionary environment based on what we’ve seen from the leading indicators and the real-time indicators, increasingly. If this persists, that will ultimately translate into a sharp slowdown in leasing velocity to the extent where there’s bankruptcies, and then you could end up having vacancies start to go up.

On the flip side of that, we’re also seeing that construction activity has been impacted. Most of the investors we talk to are underlying at least a six-month delay in completion timelines. That mitigates the risk of new supply creating further pressure.

What do you foresee as the outlook for the rent trajectory in office properties?

The ultimate outlook for the rent trajectory is really going to depend on how many firms go under and how long activity is compressed. You can imagine a scenario where, within a few months, we’re all back in our offices, revenues are coming in again and no one has any strong incentive to vacate their leases. That, in turn, would remove any strong pressure to reduce rent.

In a lot of recessions, rents go down materially and they take years to climb back up. Here, because there weren’t really any underlying problems in the economy rather than this crisis, you can see rents bounce back up.

What if it’s not just a couple of months?

Well, if it’s a lot more drawn out and it takes a long time to normalize activity and that pain extends away from retail and travel-oriented into the broader professional business services market, you could have a resetting of rents, and then that would take a longer time to recover. I think it’s entirely too early to say what pathway we are on.

Are there certain sectors that might be affected more than others?

Absolutely. The retail sector has been vastly more affected than any other sector. You think about Google or Facebook — they are going to continue to do their business remotely. They could be adversely impacted because of advertisers, but it’s not going to help them to give back space.

There are some parts of the startup world that rely on the physical consumer economy that are going to be adversely impacted. We’ve already seen mass layoffs at the scooter companies, for example. If you would go value some of those unicorns today, you would not pencil them the same way you did two months ago.

You have to track down a lot of different chains of causality to see how different markets could be impacted, depending on the length of this downturn and what its particular characteristics are. This uncertainty is why transaction activity in the capital markets has pretty much stopped.

It’s difficult-to-impossible to develop conviction on the outlook over the next year. If you don’t have to transact, I don’t see why you would.

What’s the best-case scenario for the commercial real estate market?

Obviously, the greatest thing that could happen is there’s a breakthrough on a vaccine. Another really good thing would be some massive percentage of people who get the virus are asymptomatic and almost all of us already have it, which would suggest we are closer to the end of the process than the beginning. More realistically, new case rates in Italy seem to have peaked. Ditto in New York. That’s fairly quick containment with measures we know how to do and are largely in place in the rest of the country.

These are all interrelated. If we reach containment relatively quickly — within the next month — and it turns out we’re able to significantly go back to normal life over the next couple of months, and the stimulus measures that are being put in place go out quickly and work, and you don’t have a ton of bankruptcies and most of the people that were laid off get rehired, or able to transition to [another job]. If we can quickly get back to an 80-90 percent normal economic activity, I don’t really see a massive disruption to office fundamentals.