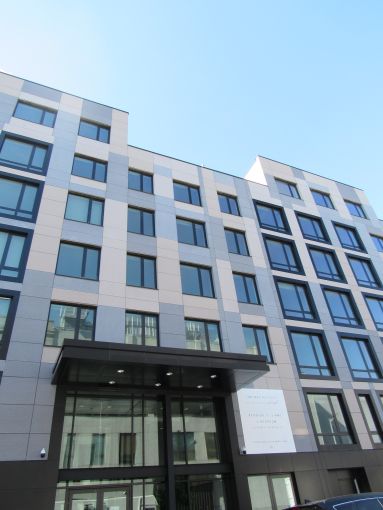 The asset, at 34-22 35th  Street in Astoria, is a newly constructed, seven-story Class A building. It comprises 64 rental units, a 1,400-square-foot retail space and a 64-space parking garage.

The building sits across the street from Kaufman Astoria Studios, where ‘Sesame Street’ has been taped since 1993.

“AIG recognized the strength of this brand new, Class A multifamily property with great amenities and a premier location in Astoria,” Gil said in prepared remarks. “We were pleased to connect our client with AIG and congratulate both parties on a seamless execution during unprecedented times in the capital markets.”

The building was designed by Kutnicki Bernstein Architects and select units on the first, second and seventh floors. Building amenities include a fitness center, outdoor amenity space and a roof deck.