It’s a bear market. And a lot of real estate professionals are taking it for granted that a recession is right around the corner. 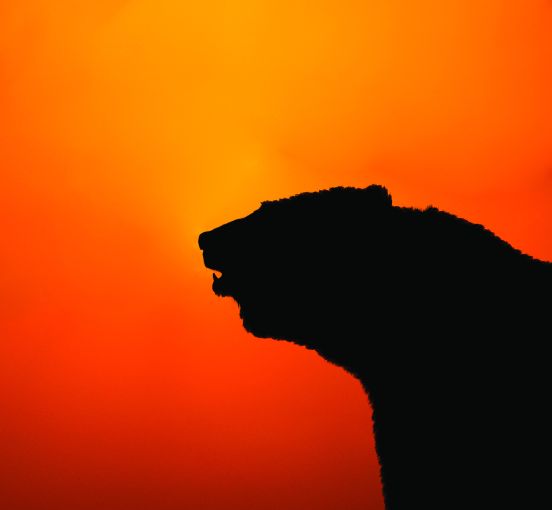 Despite a stock market’s rally on Friday, the longest bull market in U.S. history — which took root during the depths of the Great Recession and continued on unabated until it reached an all-time peak in February — came to a wheezing end last Thursday when the Dow Jones Industrial Average plummeted more than 20 percent off its height, thanks to the coronavirus (with an assist from the oil market).

The week prior to this ignominious switch, Commercial Observer asked a number of industry insiders how severely the ongoing coronavirus outbreak might impact the commercial real estate business.

The general consensus was that it would most likely cause a noticeable but ultimately brief disruption — unless, that is, it were to trigger a broader recession, one that dragged real estate down with the rest of the economy.

One week later, that appears a not-unlikely scenario. On Thursday, Wall Street saw its largest decline in more than 30 years. The S&P 500 dropped 10 percent, putting it down almost 27 percent from its record high on February 19. Meanwhile, the virus’s spread is grounding airplanes, emptying restaurants, and shutting down movie shoots and schools and sports leagues. President Trump capped the week off by declaring a national emergency.

There’s good reason to think this is only a foreshadowing of the larger social and economic disruptions to come. In short, a recession now seems very much on the horizon.

While certain sectors like the hospitality industry are already seeing the effects of the outbreak, there’s little visibility yet into how (or how strongly) real estate will feel the impact, suggested James Wacht, president of brokerage Lee & Associates NYC.

“I ask people if they are seeing a slowdown, and it is yet to be seen,” he said. In fact, he noted, one of his firm’s clients signed a contract yesterday to sell a piece of property. “Things are [still] happening.”

That said, Wacht added that he’ll be surprised if the pandemic doesn’t lead to a decline in real estate investment.

“I’d be shocked if people don’t sit on the sidelines and wait to see what happens before they make substantial commitments,” he said. “People have a lot less money today than they did a month ago, right? Obviously, that is going to impact things.”

Wacht said that at this point he believed the effects of the outbreak would “definitely put us into a recession.”

“I’m curious what the employment numbers are going to look like when they come out in terms of people starting to get laid off,” he said. “Consumer spending is certainly way off, which is a big driver of our economy. Corporate spending is going to be way off, as well. So I don’t see us getting out of this very quickly.”

A recent commentary by investment management firm American Realty Advisors laid out one scenario for a coronavirus-driven slowdown, highlighting hotels and retail as the sectors most vulnerable (particularly, it noted, in markets like New York and San Francisco with significant exposure to Chinese tourism), with the office market also potentially vulnerable in the event that a downturn leads companies to delay or pull back on their leasing activity.

“I was talking to a senior banker today who said there could hypothetically be a uniform debt bailout of the hotel industry, comparable to what may happen with the airline industries or the natural gas industry,” said Newmark Knight Frank’s co-head of debt and equity structured finance, Dustin Stolly.

“There are going to be a lot of lingering effects,” said Carlo Scissura, president and CEO of the New York Building Congress, an advocacy group for the real estate and construction industry.

Restrictions on international travel and imports will inevitably affect the construction business, he noted, as well shutdowns of schools and universities and other sites where capital projects are ongoing.

“What other things will be shut down? How many people will be out of work?” he asked. “The most important thing is that people are safe, that people’s health is taken care of, and that the virus doesn’t spread. But I don’t want to forget that hundreds of thousands of people eventually may feel a ripple effect from this.”

As for lending, Stolly told CO that deals that were in the works are still moving forward, but it remains to be seen whether that stays true for future deals.

“The equity markets have been all over the place and that has created tremendous volatility,” Stolly said. “Borrowers who have had transactions under application for a period of time and are close to closing are seeing those deals honored — we closed four deals this week — but with respect to transactions that are being marketed or in the early stages of application, it’s really lender-dependent.”

But, while no one wants to see a recession, it’s not impossible that commercial real estate could escape a downturn relatively unscathed, said Robert Knakal, chairman, investment sales with JLL Capital Markets.

He noted that in past recessions the investment sales market has not always tracked with the broader economy.

“During the S&L crisis in the early ‘90s and during the Great Recession in ‘07 to ‘10, the investment sales market was highly correlated to the broader economy and really suffered,” Knakal said. On the other hand, “if you look at the recession that we had in the early 2000s, property values went up in New York City every year during that recession.”

One reason for optimism, he said, is the fact that even as the stock market has boomed, the city’s investment sales market spent most of the last five years in a downturn.

“The investment sales market here has been correcting for 54 months,” he said. “This is the longest correction we’ve had in the last 35 years.”

Knakal noted that the fourth quarter of 2019 saw a huge rally after what had been a down year for the first three quarters, which he said might indicate a coming uptick. On the one hand, that might suggest a nascent recovery vulnerable to being crushed by a broader recession. Alternately, it might mean any excesses have already been wrung out of the system, leaving it in a better place than it otherwise would be.

“The market always has been, always is, and always will be cyclical, and it’s been on the downswing so long that at some point it has to make a comeback,” Knakal said. “I’m not suggesting that if there is a broader recession the [commercial real estate] market would definitely be good. But I think it is more likely that the market will not be correlated to the recession than that it will be highly correlated. It’s maybe a 55/45 [percent] thing.”

Also making the case for optimism, a March report by Marcus & Millichap noted that sharp declines in interest rates should support refinancing and acquisitions in the space.

“We’re still getting some transactions done with some credit enhancements such as an income guarantee from a creditworthy operating company,” Stolly told CO. “But financing hospitality right now is generally on pause or lenders are being hyper-selective on leverage levels in the transactions.”

Wacht said he worried, though, that the already historically low interest rates along with the recent tax cuts have left the government without the tools it would typically use to stimulate a shrinking economy.

“The problem is, even during the strong market we kept rates low and we spent and we cut taxes, so we don’t really have those tools available to us,” he said.

Knakal said that if there is a disruption in the commercial real estate business, it would likely start to show up in the third quarter sales figures, which will be indicative of contract signing activity in the second quarter.

In the meantime, is there anywhere investors might look for a safe haven?

The continent has reported zero COVID-19 cases to date.

With reporting by Cathy Cunningham.