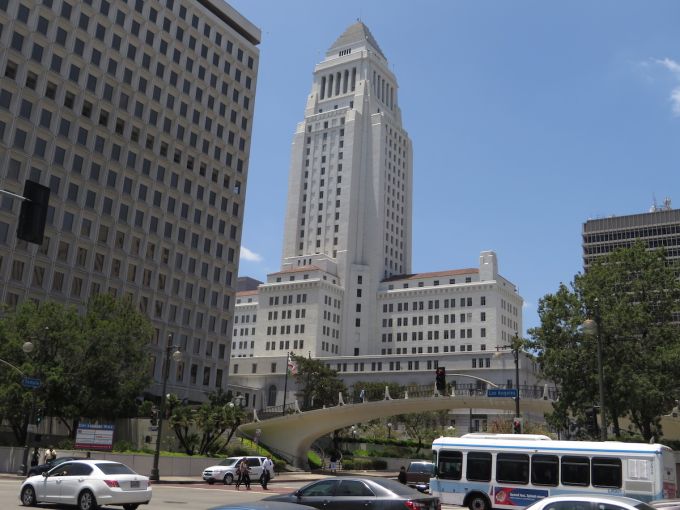 Real estate appraiser and consultant Justin Jangwoo Kim admitted to helping a real estate developer pay a member of the city council to help advance a development project in an unnamed council member’s district. The L.A. Times broke the story after the plea agreement was filed Thursday in an alleged scheme in which $500,000 was exchanged for producing favorable results in the development’s approval.

Kim is the second person tied to city hall in as many weeks to be charged after former Councilman Mitchell Englander was indicted last week, according to the Times. Englander now faces 50 years in federal prison for allegedly trying to cover up that he accepted $15,000 in cash, $34,000 worth of alcohol, and a female escort on a trip to Las Vegas from an unidentified businessman. A real estate developer, a CEO of a construction company, and a lobbyist were also included in that indictment.

Kim, who works as a real estate appraiser and consultant for the unidentified council member, faces up to 10 years in prison, and said he will cooperate with the investigation.

Kim was also allegedly helping to try to get the unnamed “Councilmember A’s” relative to be their successor after the term expired.

Councilman Jose Huizar faces term limits at the end of this year, and was trying to get his wife to take his place as council member until the FBI agents raided their house and his office in 2018. Huizar was the former chairman of the city’s Planning Land Use Management Committee which oversees planning approval discretion for the city council. The Times reported that a search warrant showed that agents have been looking into city officials and business people for possible bribes, extortion, and money laundering. But Huizar has not been charged.