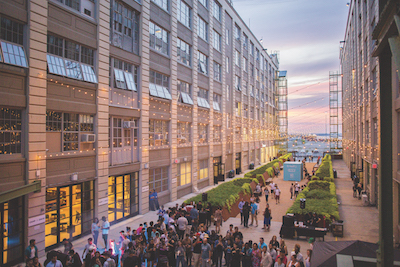 MPB signed a 10-year lease for 20,000 square feet at 147 41st Street in the 16-building warehouse complex on Brooklyn’s waterfront, Crain’s New York Business first reported. Asking rents in the development range from $15 to $40 per square foot.

The United Kingdom-based MPB previously had its U.S. headquarters at 45 East 20th Street in the Flatiron District and has already moved into its new Brooklyn digs, a spokeswoman for Industry City said.

“The content economy is booming in NYC, and Industry City has proven itself as the new home for media and production,” Kathe Chase, the director of leasing at Industry City, said in a statement. “With the addition of MPB, we have services that accommodate all levels of creators from freelance photographers to established production houses.”

Jeff Fein handled the deal in-house for the landlord while Capital Real Estate Advisors’ Chris Salizzoni represented MPB. Salizzoni did not immediately respond to a request for comment.