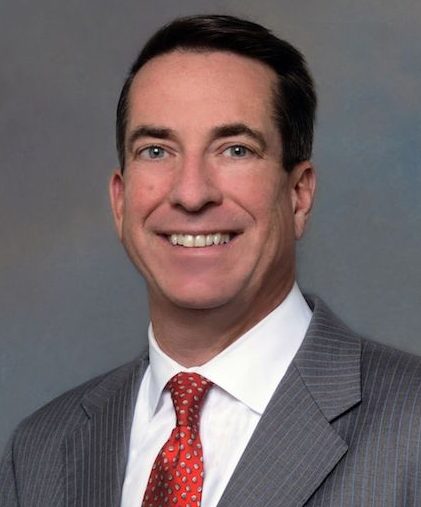 The Washington metro area is benefiting from a diversifying job market, but office supply will continue to outpace demand and keep vacancies elevated in 2020, according to a new report from Avison Young.

John Kevill, principal in Avison Young’s Washington, D.C., office and managing director of U.S. Capital Markets, told Commercial Observer that the forecast provides investors reason to be optimistic towards the growth prospects of the D.C. region.

“Buoyed by inbound population and technology growth, the Washington, D.C., region can expect strong near-term growth, though it won’t be universal,” he said. “Some markets quite frankly don’t have the same growth prospects, as the access to tech tenants and amenities differ dramatically from market to market.”

Commercial Observer spoke with Kevill about the report and his views on the D.C. market, as well as how the upcoming election may impact growth in the region.

Commercial Observer: What did you see in investment sales in 2019?

John Kevill: Last year, gross dollar volume of sales was similar to 2018, showing a slight increase in 2019. One of the characteristics of the sales market was that there was a significant percentage of deals that came to market and didn’t sell, as investors increasingly struggled with pricing leasing risk, particularly in the suburbs. Investors seemed to be recalibrating their view of growth and treating certain markets substantially more favorably than others.

How would you characterize the investment market today?

We see active buyers looking at indicators like vacancy, absorption, rental rate growth and other typical statistics to determine directionally whether they like a market or asset class, then taking a really deep dive on “micro” asset characteristics. Examples include the projected evolution of traffic patterns, how a building floor plate may or may not appeal to the next generation of tenants, and certainly environmental impact, which is growing in importance every day.

What are you learning from this?

We are learning that the assets that are most competitive and generate the highest pricing are properties that have multiple paths to a successful repositioning. When investors don’t have to rely on one particular strategy, they tend to get more aggressive. Recently, for example, we sold a flex industrial property in Northern Virginia that functioned perfectly well for office tenants as well as light industrial tenants. Since the asset appealed to a really wide variety of users, investors determined there was less risk of vacancy and were able to get much more aggressive.

I think because of what we learned in 2019, we see fewer hung deals in 2020. Sellers generally have a good sense of what will trade now. And since the debt markets are so aggressive, if it’s not a good time for them to sell, they refinance. In fact, given the continued low-interest-rate environment, we expect to see increased refinancing activity.

Do you see any other unique elements in today’s market?

One of the interesting components of the market right now is the availability of debt capital. We are seeing more transitional lenders willing to take property or market risk, balance sheet lenders are craving long-term stabilized properties, and private owners, in particular, are getting great executions from CMBS lenders. Where there are stabilized properties, the combination of steady cash flow and low-interest-rates are providing really strong cash-on-cash yields, driving investor interest for virtually all properties with good underlying credit of income. For the third year in a row, we have seen a 10 percent or more increase in the number of private buyers successfully purchasing institutional-grade properties. They tend to be longer-term holders, and the availability of debt is a key reason why they are becoming more active.

Speaking of the election, how do you see the political climate impacting real estate deals this year in the D.C. region?

There is always some trepidation during an election year, and there can be a slowdown in new investment. The counter to that is that once the result becomes clear, we tend to see an increase so generally, it balances out. The more uncertainly associated with the election cycle, the more dramatic that trend tends to be.

While there is optimism in D.C., the report revealed that not every area will likely be strong in 2020. What areas do you view as strong?

I am a big believer in Amazon and how it will drive growth in Northern Virginia, particularly around National Landing. It is pretty well documented what the immediate direct effect of Amazon will be, but I believe that the effect will be even greater. The influx of technology workers into the area will undoubtedly lead to additional business formation that we don’t yet know, and I suspect we see other larger tech companies locate nearby.

Another bright spot is Loudoun County, where we have seen tremendous growth in the data center sector. In downtown DC, expect to see increased investor interest in amenity-rich submarkets, even if the properties are older and not traditionally thought of as “Class A” buildings.

What are some of the biggest trends you expect to see in 2020?

From an investment standpoint, there’s no question that given the increased desire for income-producing assets, we’re seeing tremendous growth from private capital that’s investing in real estate that’s previously been thought of as purely institutional.

How that affects value and volume remains to be seen, but we do expect increased volume, though I wouldn’t say manically increased. There is a measure of discipline in the market right now that’s healthy.

I see an increased appetite for NNN and long-term leased properties. There will be more focus on suburban assets, with older suburban properties offered below replacement cost garnering the most attention.

The availability of debt and equity capital will help to increase the speed in which certain transactions occur.