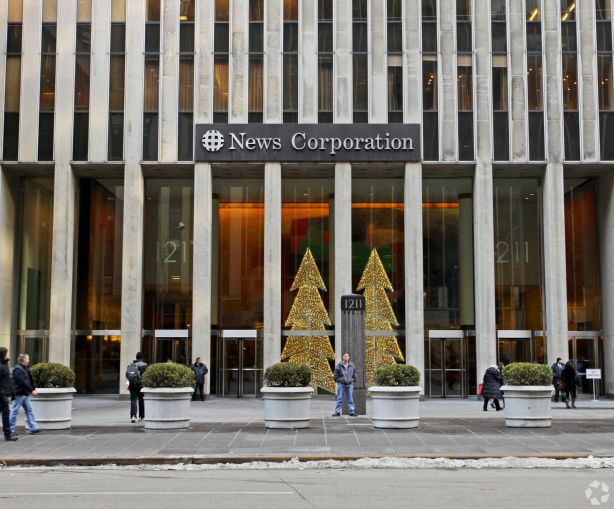 The management of 1211 Avenue of the Americas, also known as the News Corp. Building, has alerted employees that three tenants had potential exposure to the coronavirus.

Property manager Hines sent a note to people who work in the building yesterday evening informing them of the potential exposure within the 44-story property, located between West 47th and West 48th Streets in the Theater District.

The firm heard from “three tenants of 1211 Sixth Avenue that earlier this week, three employees had contact, outside of the office, with someone who later tested positive for the coronavirus,” the note read. “The individuals are self-quarantining, and, in some instances, the remainder of the office will work from home.”

Hines did not identify the tenants involved.

“Three tenants of 1211 Sixth Avenue notified Hines Property Management that one employee each had contact with someone who later tested positive for COVID-19,” Hines said in a statement to Commercial Observer. “There are no confirmed cases of the virus among the three.”

Janitors will be applying electrostatic disinfectant spray in the building’s lobby and elevator cabs this weekend, while cleaning products were recently switched to disinfectant, the note said.

“Hines is following CDC and WHO guidelines to promote the safest and healthiest experience possible for our valued tenants and employees,” the firm’s statement said. “The building has been on upgraded disinfecting protocol which will continue.”

The building’s owner, Ivanhoe-Cambridge, as well as News Corp. did not immediately respond to requests for comment. Ivanhoe owns the building alongside Callahan Capital Properties.

Update: This story has been updated since publication to include a statement from Hines.