Pardon My French: Natixis Is Expanding Its Global Reach in 2020 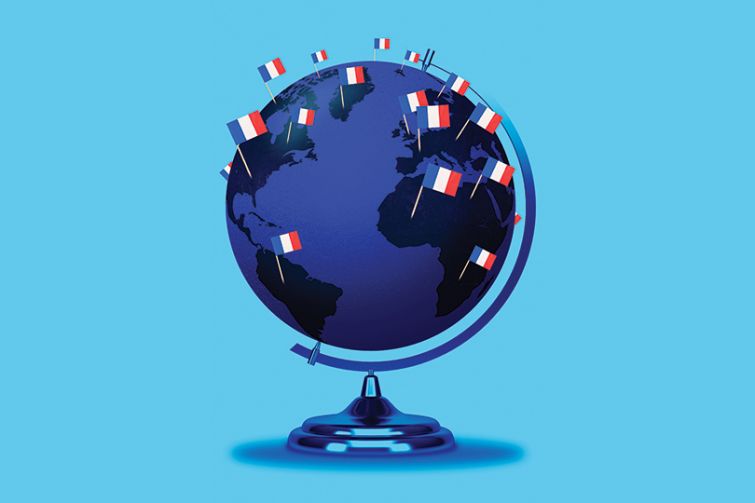 Natixis is planting flags all over the globe. Art: Rob Dobi/ For Commercial Observer

Kermit the frog’s attitude would never fly at Natixis.

“It’s not easy being green,” he once lamented (or, “C’est ne pas facile d’être vert,” if he was singing his famous song in Paris, where the bank is headquartered). But Natixis is actually making being green look kinda easy (sorry, Kermy).

The bank has ambitions to be the global leader in green financing, according to Emmanuel Verhoosel, Natixis’ global head of real estate and hospitality.

“We see the trend of investors having more and more of their portfolios allocated to green investments,” Verhoosel said. “Until now it was not a conclusory pocket; it was, ‘Okay, it’s good if you reach green investment targets,’ but now there’s a very specific pocket carved out for green [product] and investors are in the market looking for it.”

Commercial Observer met with eight of Natixis’ commercial real estate executives in late January; the majority of which are based in New York, while Verhoosel is based in Paris. The meeting took place only a few months after Greg Murphy, the former head of real estate and hospitality, announced his retirement, and CO was keen to learn more about what the group looks like today and what its focus is in 2020.

Green financing is high on the agenda.

Michael Magner, head of originations, is currently working with Arvind Pai, head of real estate underwriting, to develop a screening of U.S. properties to determine which buildings can benefit from green certification — the goal being to bring better capital to these eco-friendly assets. Natixis is the first bank globally to have implemented a green weighting factor; so, an asset’s level of sustainability determines whether Natixis will provide more or less capital on it. Further, borrowers can expect tighter and more aggressive pricing if their properties are green.

“There are shades of green, and the higher level of green that we see from a sustainability perspective means the better risk-adjusted weighting we can get, and the more aggressive we can get on behalf of the client,” Magner said. “The client has already made the investment and the proactive decision to be green; we want to be part of that and help extend it to the financing market because there are investors with capital who want to be part of that as well.”

The bank’s focus on green isn’t new, though; it was led by European investor demand for green structures, which is now a growing focus in the U.S.

In 2017, Natixis led the way with issuing the first green commercial mortgage-backed securitization (CMBS) rake tranche backed by 85 Broad Street in FiDi. The issuance was oversubscribed after being met with strong demand from both U.S. and overseas investors.

“That was the first green CMBS loan with a green CMBS tranche and really the ground-breaker for us,” Magner said. “And now we’re looking to apply that technology but on a bigger scale on both balance-sheet loans and CMBS.”

While Magner isn’t new to the group, Pai — a former BlackRock executive — joined last year, and the bank also hired Andrew “Andy” Taylor from J.P.Morgan Chase as its head of CMBS for the Americas. Murphy’s role hasn’t been filled per se, but is now split across the team.

“I’m very proud to have assembled this strong management team,” Benjamin Sirgue, head of strategic sectors and distribution, said. “It’s something that is very important to me and also very important for the development of the bank in the real estate market.”

Taylor was drawn to the new role partly because of the lending platform’s focus on four different sectors.

“It’s a very disciplined and methodical approach and something that appealed to me,” Taylor said. “We’re working to be a very institutional player and to deliver a consistent product to our clients that will help them to create real value from their sources of debt capital. We’re also at this great time in finance history where asset yields are pretty high relative to where borrowing rates are, and we can help our clients to develop these levered returns that are very additive to their equity investors.”

There’s little doubt that real estate is not only an increasingly national industry but an international industry, and Natixis is putting its global reach, coupled with expertise and lessons from the various markets it operates in, to good use.

For example, it has a distribution franchise with other financial institutions in the Eurozone and in Asia, where it distributes bank loan products and subordinate debt.

In fact, Natixis has placed more than $4.8 billion of mezzanine and B-note debt on U.S. assets over the past few years, Sirgue said, 60 percent of which was with foreign institutions based in countries including Korea, Taiwan, Canada, Japan and Israel (see chart to right).

Europe’s mezzanine debt market lags behind the U.S.’s for now but “the debt funds have developed their activity in the mezzanine sector in Europe and it’s growing very quickly,” Verhoosel said. “We’ve also seen a little bit more issuance of CMBS in Europe, but nothing to compare with the U.S. — we still remain a very tiny market. What we do see is the client demand for green structures, which has existed in Europe for a while, but is now exporting to the U.S.”

In the U.S., Natixis’ CMBS activities are well-known. Last year its loans included a $218 million loan for Patriots Park in Reston, Va.; a $220 million loan for an Amazon-occupied property at 400 Ninth Avenue North in Seattle; and $734 million in financing for two of Crescent Heights’ apartment towers in L.A. and San Francisco.

Its CMBS versus balance-sheet activities have been split roughly 50/50 over the past few years, although Sirgue expects slightly heavier weighting towards CMBS this year, despite the market competition. In the fiercely competitive lending environment, Natixis sometimes loses deals on structure, Sirgue said, refusing to renege on its prudent underwriting standards.

“Where we are a bit concerned is the bending of some of the loan terms in the market,” Sirgue said. “We want to keep strict discipline in our underwriting and the abundance of liquidity is sometimes pushing the limits beyond what we want to do for our balance sheet and for our investors.”

That said, he’s still confident that Natixis can increase its market share in 2020 while remaining disciplined. All of Natixis’ CRE lending products are under a single, unified decision-making platform, unlike other large institutions where there’s a separation between balance-sheet loans and CMBS product. Having everything under one umbrella helps with speed of execution on the back end and faster decision making on the front end, Magner said: “My famous line I’ll tell many clients is, ‘The second-best answer I can give you is the quick no.’ ” he said. “That’s the most efficient way we can run this platform. No spinning wheels.”

The collaborative nature of the business also gives Natixis increased flexibility and room for some innovation, Sirgue said.

“I think we were one of the first banks active in developing CUSIP distribution of balance-sheet loans, which is something that you don’t see that often,” Sirgue said. “Why it occurs at Natixis is just because we’re completely agnostic. It’s not one team doing this and another team doing that.”

“We’ve been very active on the debt front and what we are now pursuing with Jerry [Tang] is the equity side of the business,” Verhoosel said. “We are trying to get involved — as has been the case for years in Europe — in M&A activities, both at the asset level and at the company level. We’ve been looking at a few opportunities and we hope that we can bring one of them to market.”

Since Murphy’s departure, Tang’s role has evolved and he’s now head of the industry group and global financial sponsors, real estate and hospitality.

“Our focus is to develop our investment banking capabilities and activities in the U.S. Given that we are a French bank, there will be certain cross-border angles available and when our clients need fundraising or JV equity help, we can bring them to our close investors,” Tang said. “If you look at it from a macro-level, more and more pension funds are allocating more capital to alternative asset classes and you see tremendous growth in alternative asset managers. I think the bank is well-positioned to help these clients to grow in these strategies.”

As a result of its global efforts on both the debt and equity sides, Natixis expects to do more business in 2020 than it did in 2019, Sirgue said. Not that they’re blind to events that could throw a wrench into the market.

After all, “this is an election year,” Sirgue said. “We should remain stable, but there could always be some crisis. We hope that things will remain stable throughout the year and we’ll see a growth in volume in the CMBS market.” 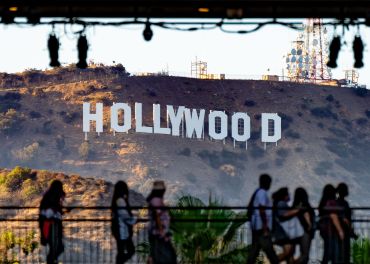