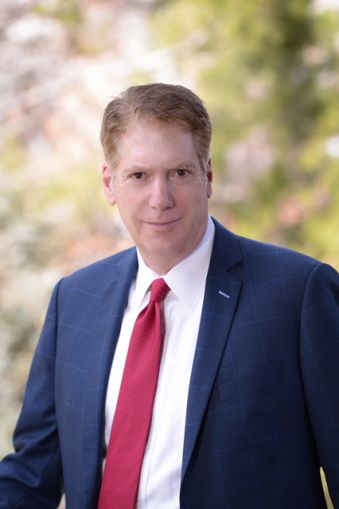 It’s hard for a financier to differentiate itself in today’s market.

JCR Capital’s Jay Rollins said his firm’s “prolific” equity approach and the deep track record of its co-founders sets the firm apart from its competitors.

Rollins, 59, co-founded JCR, a middle-market investment management firm, in 2005 alongside fellow managing principal Maren Steinberg, who also serves as CIO. Prior to founding the company, they both previously worked at GMAC Commercial Mortgage, where Rollins and Steinberg built out and managed a balance sheet lending practice. Overall, they’ve worked together for 27 years, having grown JCR to a group of 35 professionals with around $1.5 billion of assets under management. In 2018, JCR was acquired by real estate financier Walker & Dunlop.

JCR’s bread and butter is its equity business, a three-pronged approach consisting of value-add, opportunistic and income funds; they did about $400 million in equity last year out of a possible $40 billion that crossed their desks. On the lending side, they provide fixed- and floating-rate bridge debt for value-add and opportunistic deals, perm loans and also construction loans for the build-out of single-tenant, triple-net retail assets. JCR will typically originate between $400 million to $500 million in debt each year.

Rollins spoke with Commercial Observer earlier this month to discuss the middle-market debt and equity spaces and the impact current global events are having on the market.

Commercial Observer: How do you feel the market’s faring, overall?

Jay Rollins: Credit standards are holding up very well. You have a situation where property values are continuing to increase, but lenders haven’t chased the market up — traditionally, [they’ve] chased it up. What’s happened is it has created a wider equity gap. Real estate values are increasing, or staying high, and first trust lenders are not going up that high. And so the amount of equity you need to get a transaction done is much more [than usual]. If you look back over time, the last two big real estate recessions, both of them were led by the first trust lenders. This time around, they’re very constrained. I think the probability of an economic recession — and I wouldn’t say a real estate recession — now is much, much higher than [two weeks] ago, but the first trust lenders will not have a big problem, because they have underwritten deals conservatively. Everybody had a pretty decent year last year in the debt business, and it has been rocking for a number of years. We’ll see what happens over the next six months or so. I wouldn’t want to be a hotel lender right now, I’ll put it that way.

How do you see the next several months playing out for the market, given the fear of uncertainty created by factors like the election and the coronavirus?

It looked like Bernie Sanders was running unchecked and was running away with this, and I think that spooked a ton of people. And Biden, for all his [problems], he’s a rational man, who’s going to surround himself with rational people. I think the industry — and I certainly don’t want to make this too political — would, as a whole, prefer a Trump presidency, because of its friendliness to the business, but I think it would certainly accept a Biden presidency.

My view of this virus is the current reaction may or may not be overblown. We just don’t know. But it has created this panic, and the impact on the economy is going to be real, whether the virus is real or not. Certainly what’s going on in China is real, and China is sort of the world’s manufacturing plant. And supply chains are going to change, and people are trying to get out of China if they have a manufacturing relationship there. You could certainly see GDP go to zero. That doesn’t mean Armageddon for the real estate industry. It just means that things are going to slow down. We’ve been waiting for a shoe to drop and this looks like the shoe. We certainly could have a recession in front of us.

Tell us about your equity business.

Our opportunistic fund, right now, is not investing. Its investment period is over and it’s focused on harvesting. Our value-add fund has closed and is currently investing; that’s a net 12 [percent return] fund. And then we’re in the market with our income fund. It’s a net 10 percent return, and we started it because people were nervous and scared. The income fund is based around our view that we were at the top of the cycle (or late cycle), people don’t want to take on as much risk. What we’re doing is providing preferred equity. We’re going from the detachment point of the senior loan to about 85 percent of the capital stack. When you do that unleveraged, we feel like you have less risk than if you were taking on a leveraged line. And as pref equity, it has a tax advantage to it because it’s long-term capital gain, and then we’re amortizing it down through the sweep of the cash flow because we’re doing these light value-add deals. So we may start out at 85 percent, but we end up at 75 percent by the time the deal is over. We feel that risk profile is appropriate for today’s marketplace. We carve out niches of the capital structure, and we’ll do either heavy rehab, medium rehab or light rehab. And then where we put our money in the capital structure is the thing that really controls the triggering mechanism on our return.

We see a lot of stuff, but a lot of stuff doesn’t work. We have been using a seven cap rate as our exit. It’s difficult to find deals that work at an exit [of] seven. That’s why we started doing this pref-equity business because a deal may have a six cap-rate exit, but because we’re lower in the capital stack, we can exit at seven. We’re underwriting our position, not the total position. Our investor base, who is nervous about everything — and now, for good reasons — appreciates that. We’ve had some new investors coming into this business model because they see the discipline of our credit approach, and that has served us very well.

Tell us about your debt business.

In the bridge loan space, we’re typically funding three-year loans for improvements on properties. It has been an extremely competitive space. [Around] $400 to $500 million is typically what we do year in and year out; that’s our size range. The deal sizes can range from $5 million to $40 million. It’s a hyper-competitive market.

In what regions are you usually investing?

On the equity side of the business, we like to say that we’re in NFL cities and NBA cities. We are typically west of the Mississippi River, but Dallas, Austin, Southern California — like the Orange County area — and Los Angeles has been good. We’ve been very active in the Baltimore-Washington area, Orlando and Tampa, a little bit in Miami and then we have a little bit of Midwestern exposure. Phoenix has also been a good market for us. We like boring deals. Our preferred deal right now is workforce housing, which is an overused term. We call it B and C multifamily. These are multifamily properties built in the 1970s, 80s and 90s that haven’t been renovated.